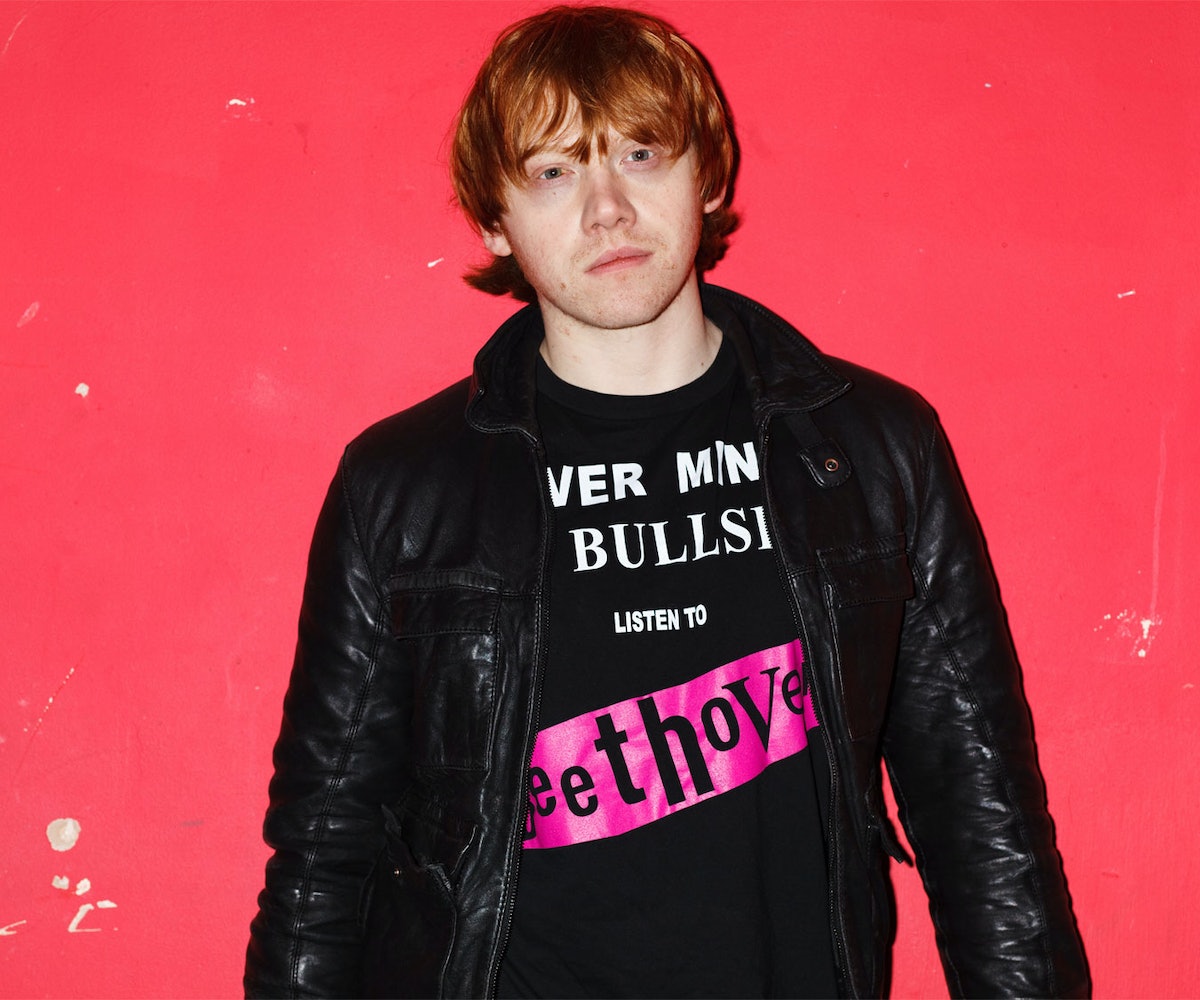 Been feeling like there's not enough Rupert Grint in your life since the end of the Harry Potter franchise? Well, we've got some good and bad news for you.

Good news first: the pilot episode of Super Clyde, a new TV show starring Grint as the titular Clyde, is available to watch for free online. That means you should stop whatever you're doing and pencil in--no, pen in--22 minutes of ginger loving to your schedule now! In the show Grint plays a geeky teen obsessed with comic books who comes up with his own way to be a superhero after inheriting a large sum of money from a relative. Feeling stoked? Well, now you've got to hear the grim Grint news: despite having a funny first episode, Super Clyde wasn't picked up for a season by CBS, the network that bought the pilot. Crying inside? Us too.

After watching the episode, though, we think CBS should have given the comedy a shot on the air. Here are our favorite moments, which are all reasons we'd tune in to a show weekly!

1. Ruper Grint's American Accent: We would watch Grint do almost anything, but talking like an American is high on our list because it makes our dream of him as our boyfriend seem a little more real.

2. Stephen Fry is His Butler/BFF: Hysterical! Stephen Fry is pretty much a comic genius, and he plays the straight man to Grint's kooky teen with panache.

3. Clyde is Part Superhero...: Considering the success of Kick-Ass and Scott Pilgrim, we'd think that a nerdy teenage hero would do pretty well on the pop culture scene.

4. ... And Part Oprah and Part Robin Hood: So his "superhero" thing is to give gifts to people who deserve them, sort of like when Oprah gives you a car or Robin Hood gives you 50 bucks. We really need a British boy BFF to watch movies with... so maybe Clyde could, like, hook us up with that.

5. Rupert Grint Dances: And it's a lot better than his Yule Ball waltz.

6. Ruper Grint Takes a Selfie: With a 35mm film camera no less. But whatever. We love it.

Watch the pilot here now! Should we start a petition to bring Super Clyde to the air? Tweet us your thoughts.