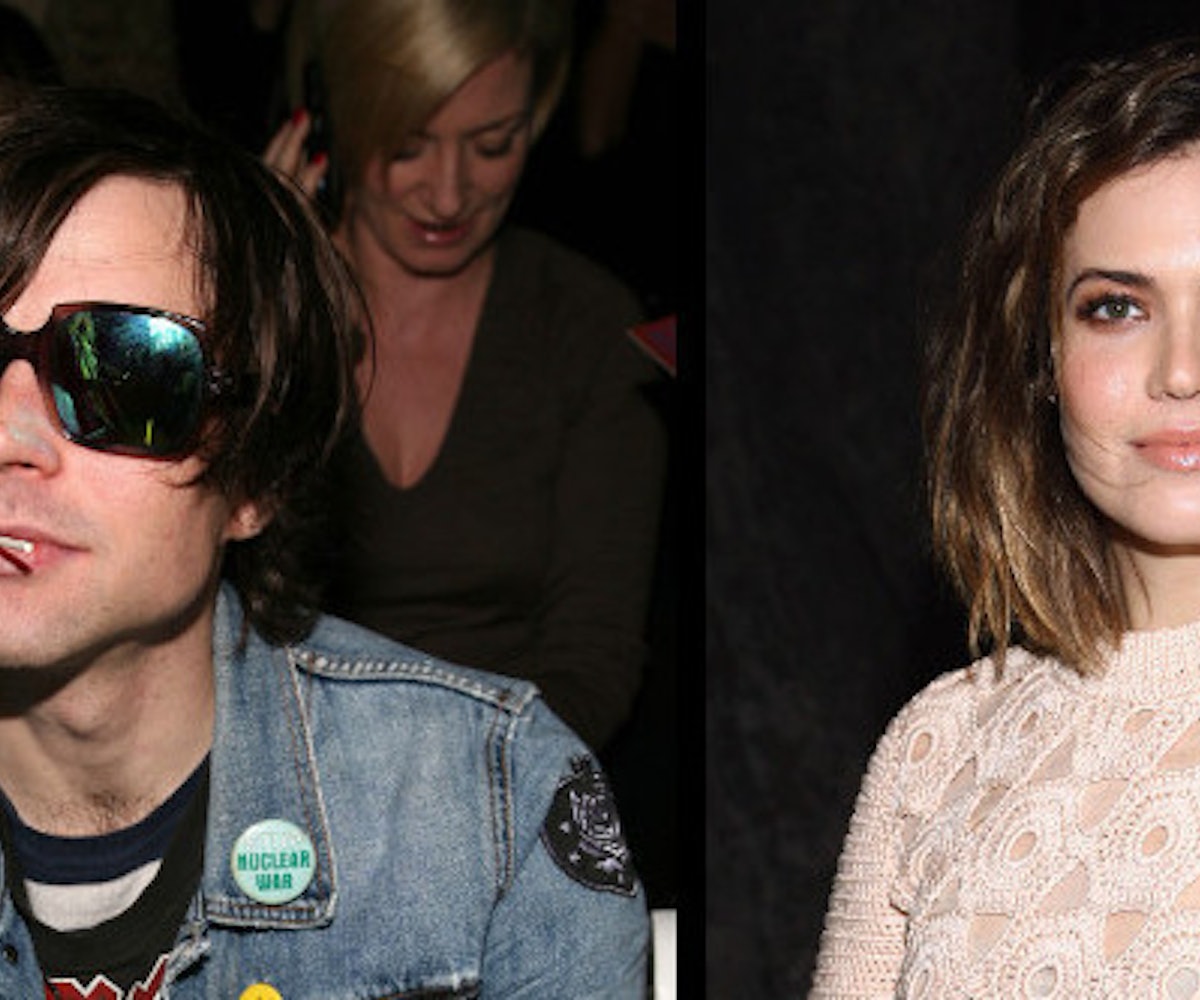 Earlier this week, Ryan Adams—the musician who is a literal dating red flag—decided to weigh in on comments made by his ex-wife, Mandy Moore, in a recent interview with Glamour.

Speaking openly, Moore mentioned their divorce, saying she doesn't "feel guilty" about it, as it was what she called a "very unhealthy situation." Telling the publication that marrying Adams wasn't "the smartest decision" and that she "didn't choose the right person," Moore was reflecting on the way problems with her familial relationships influenced her romantic life. She spoke with no vitriol, just pragmatism and candor.

However, Adams didn't see it that way, and lashed out at Moore on Twitter: "She didn't like the Melvins or Blade Runner. Doomed from the start… If only I could remember the start lol."

Adams then escalated the situation by responding to a fan by plainly insulting Moore, writing, "Sometimes you get stuck to the spiritual equivalent of a soggy piece of cardboard. But it rains on net-a-porter everyday when you're trapped inside yourself."

Palpable bitterness aside, Adams' tweets also reinforce the damaging idea that, in order for you to be valued in a relationship by your partner, you have to like the same things they do. It's a gesture toward the commonly held misconception that people should posture for the sake of their relationship, even at the cost of erasing their autonomy for an ultimately futile cause.

"Faking it" for your significant other is a perennial problem that occurs with alarming frequency, it seems, in heterosexual relationships, in which women bend toward the desires of their male partners, because those men think women must like the same exact set of things in order for the relationship to work. It's a misconception that's particularly rampant amongst insecure adolescents who think relationships are entirely based on shared interests, but, as a 43-year-old man, Adams should really know better. After all, it's one thing for a teenage boy to dump a girl because she "doesn't like Fight Club," but it's a whole new level of douchebaggery to completely invalidate six years of marriage because she doesn't think Blade Runner is all that great.

Adams' statement also perpetuates the idea that a woman's interests are of less importance than a man's. It's an idea that is reinforced by the fact that feminine-coded things in pop culture have been considered less valuable and, subsequently, uncool to a certain extent. However, the real "problem" with these things is that they usually don't adhere to the male gaze or perspective, so they're deemed irrelevant.

Every relationship should have a healthy amount of push and pull when it comes to catering to each other's interests. But too often, it goes the way of men commandeering what their partner should or shouldn't spend their time consuming or enjoying. And in the greater scheme of things, it puts women in a position where they feel like their input isn't valued. So, if anything, Adams' rant just reinforces Moore's initial statement. All to say, if you find yourself with someone who thinks a prerequisite for a healthy relationship is liking the same precursors to grunge and sludge metal? Run!

NEXT UP
The Art Issue 2022
True Life: My Partner Is Obsessed With NFTs
Life
NYLON Daily Newsletter: December 1, 2022
Culture
An Exhaustive Breakdown Of The Balenciaga Controversy
The Art Issue 2022
The Most Interesting Fashion Designers Right Now? Artists.