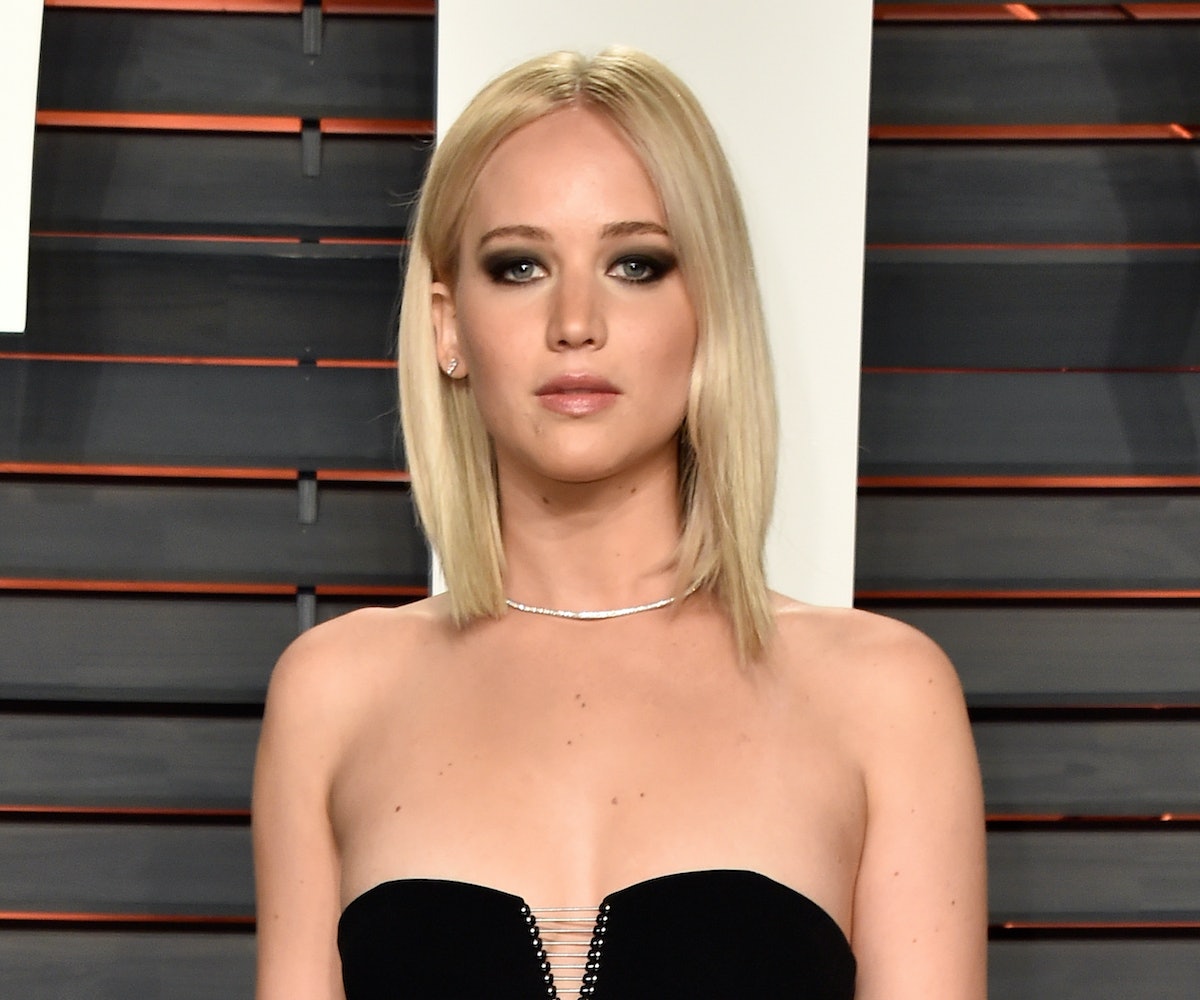 For the celebrities who were victims of the massive hack that has come to be known as "The Fappening" (yuck), nothing can ever fully erase that nightmare. But today, stars like Jennifer Lawrence, Kate Upton, and Kirsten Dunst, might take solace in knowing that the perpetrator is going to pay for his crimes. Ryan Collins, a 36-year-old dirtbag from Pennsylvania, has agreed to plead guilty to a felony violation of the Computer Fraud and Abuse Act, after being charged with computer hacking and a phishing scheme that gave him access to more than 100 Gmail and iCloud accounts, many of which belonged to female celebrities.

As we all know, Collins was able to access very private photos that included many famous women posing naked, although he has not been charged with uploading them online. Collins could face up to five years in prison, but because he is striking a plea deal, is likely to serve only 18 months. Considering his crime amounted to what Lawrence called "a sex crime," that feels absurdly low. "The law needs to be changed, and we need to change,” Lawrence—who unwittingly became the face of the crime—told Vanity Fair.

Collins isn't the only the only responsible for the crime, although the FBI have yet to make further arrests. Here's hoping that changes soon.

NEXT UP
Entertainment
SZA May Finally Be Returning With New Music
Fashion
Nylon Fit Picks: Olivia Rodrigo in Y2K Fendi, Alexa Demie at Balenciaga, and More
Life
NYLON Newsletter: October 3, 2022
Life
Read An Exclusive Excerpt From I’ve Had To Think Up A Way To Survive: On Trauma, Persistence, and Dolly Parton