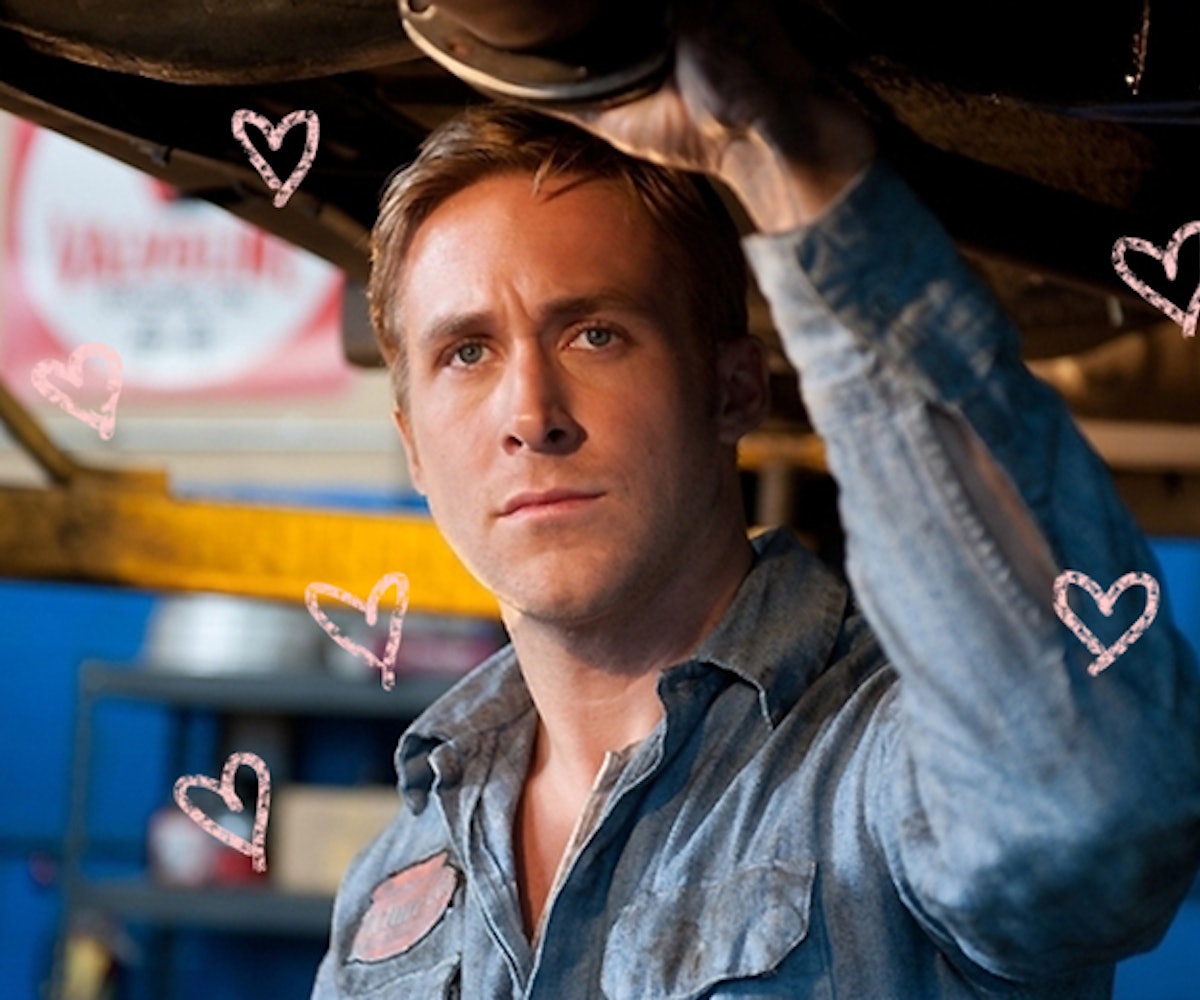 Ryan Gosling's first career might be as a feminist meme, but did you know he can also act? Gosling, a Canadian who got his start in show business as a member of The Mickey Mouse Club, has actually beat all the odds to become a two-time Academy Award-nominated actor, and one of the best of his generation. He'll get to prove that once this weekend with the release of Blade Runner 2049, the long-awaited follow-up to Ridley Scott's sci-fi classic, in which Gosling plays a detective hunting down humanoid robots. But before you see that, take stock of his sparkling career thus far with this totally scientific list ranking his 10 best performances to date.

Rocking a mustache, killer flannel, and some extra pounds, this is sad boy Gosling, and we’re here for it. As the title character, Gosling falls in love with a life-sized female doll. This could have been a creepy trainwreck about, well, a grown man and his sex doll, but Gosling infuses his character with such a deep sweetness that it’s impossible not to root for him and his real girl to live happily ever after.

9. The Place Beyond the Pines

This criminally overlooked generational saga features a buff, tatted-up, bleached-haired Gosling as a motorcycle stuntman who turns to robbery to support a new child. Reteaming with his Blue Valentine director, Derek Cianfrance, Gosling delivers a performance of raw emotion. On the outside, it’s all tough guy machismo, but underneath the bulging biceps and patchwork of tattoos is a heartbreaking pathos.

Even though he was nominated for his second Academy Award for his turn here, Gosling’s smooth yet vulnerable performance as a jazz-obsessed L.A. dreamer was somewhat overshadowed by Emma Stone’s Oscar-winning turn. Still, that Gosling managed to sing and dance his way through the streets of Los Angeles without it falling into camp is a feat unto itself.

Gosling and his abs deliver one of the sexiest performances of the decade in this slick rom-com in which the Gos plays a debonair ladies man who teaches Steve Carell’s hapless dope how to woo the opposite sex. Gosling’s chemistry with Stone crackles, and sets the stage for their enduring and irresistible cinematic partnership.

Some might dismiss Gosling’s work in this modern classic as melodramatic fluff (it is a Nicholas Sparks adaptation, after all), but it’s the role that made him a movie star and therefore deserves a spot on this list. It’s also easy to forget that, on its surface, The Notebook is not an extraordinary movie. It’s the performances of both Gosling and his co-star, Rachel McAdams, that have made it the romantic benchmark that it is today.

A shattering performance in a shattering film about the soaring peaks and plunging valleys of a relationship. Gosling plays David, a simple guy who wants nothing but to love his wife (Michelle Williams), and for her to love him back. It works out for a while, until it doesn’t. She evolves, he does not (unless you count the receding hairline that a game Gosling—who despite his good looks has never been accused of vanity—sports for much of the film). It’s one of his most vulnerable performances, as well as one of his most realistic, a fact that can be attributed to performances by him, Williams, and Faith Wladyka, who plays their daughter.

Here’s a valid question: How many of Gosling’s legions of fans know that he got his break as a movie star playing an unhinged neo-Nazi who also happens to be Jewish? Probably only some, because this 2002 movie goes way back, and while little seen, Gosling’s explosive performance was essentially the launching pad for his career, erasing his Mickey Mouse Club past with a terrifying vengeance.

In which Gosling perfects the art of the brood. It wasn’t a showy performance—in fact, it was quite the opposite—but as the poetically named Driver, Gosling sizzled with movie star charisma and barely tried while doing it. His lovestruck getaway driver was capable of both tenderness and ultra-violence, as evidenced in that unforgettable elevator scene.

This was exactly the role Gosling needed to shed the heartthrob image he got tagged with after The Notebook and return to the Serious Actor ranks he joined after his earlier work in The Believer. And sure enough, his turn as Dan Dunne, an idealistic inner city high school teacher battling both depression and drug addiction, was both delicate and devastating and made Gosling the first man born in the ‘80s to be nominated for a Best Actor Oscar. True story!