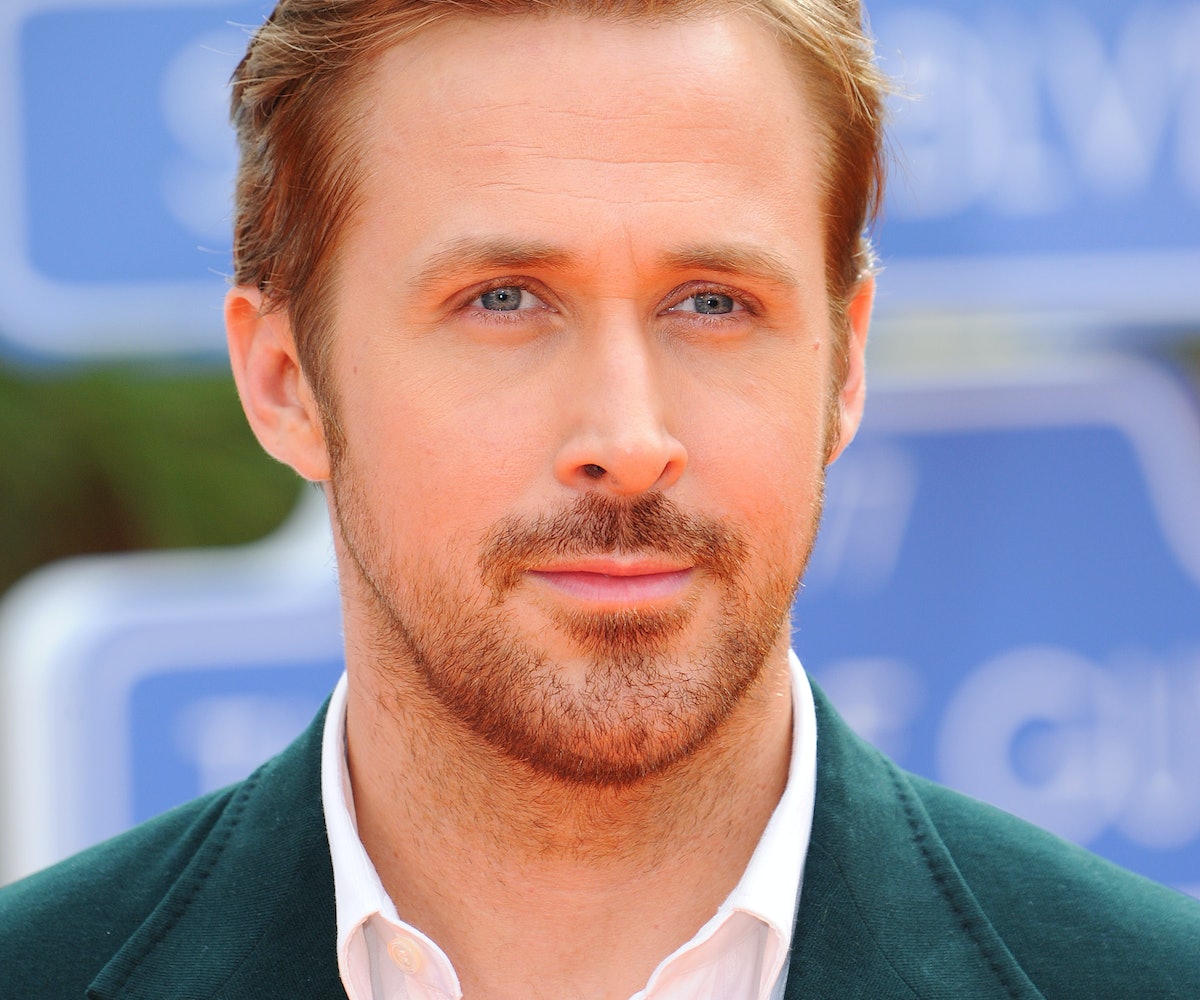 Sure, he’s broody and good-looking, but if you saw Ryan Gosling in The Big Short, then you know he’s good for a laugh, too. And laugh you will as he teams up with Russell Crowe for their new noir action comedy, The Nice Guys. In it, Gosling plays a bumbling private eye who gets together with Crowe's hitman to find a missing girl in '70s-era Los Angeles. The movie had its glamorous world premiere at Cannes, and is currently in theaters. And for his next outing, the new father of two will be singing and dancing in the romantic musical La La Land, opposite his frequent on-screen foil, Emma Stone. Below, he discusses how being a dad helped him play one, his girlish scream, getting blackout drunk with Crowe, and going toe-to-toe with Stone.

How long did it take you to get that girly scream just right?

The pitch of that? That’s just how I scream, honestly. So it was nice to be able to make a little money on it, make lemonade out of those lemons.

Was it easy finding chemistry with Russell Crowe?

Russell was really great. I think one of our first scenes together was that bathroom stall scene. I went early to set, to work out the door gag, and I kind of smelled smoke, and I looked and Russell was there smoking and he was very seriously telling me how he thought the door could bounce between us—very seriously having this conversation as I had my pants around my ankles in a bathroom stall. And I thought this is going to work. We’re going to have some fun.

What about the Lou Costello shtick you did in the movie? Where did that come from?

My parents were too cheap to get a real video membership when we were kids. They just took us to the library because the movies were free, and there were just bible study and Abbott and Costello films. So those were some of the first movies I ever watched. I love them and I wore them out. When we go to that scene, it seemed like a great opportunity to put in one of my favorite gags.

Does being a father, help you play a father?

He’s the worst father of all time. Wait a second, yeah it helped me a lot. It helps to have done something before you do it on screen. Yeah, sure.

Are you a lightweight drinker in real life, like your character?

I went out with Russell right before we started shooting and I think I was drunk the entire film after that one night.

But do you go out after work? Or do you just want to go to bed?

It was a pretty physical film. Most of the time, we went home, but we did have a night. Russell was very generous and rented out a whole bar for the crew and the cast to watch his rugby team, and we were all hurting for the next two months.

Did you guys do a lot of your own stunts?

I did a lot of it because there was a certain comedic element to it. Although my stunt guy, Brett, had just come from Fury, and he was doing a scene where there were all these bodies lying in a field, and one of his friends, another stunt guy, was going around bayoneting through the chest of the dummies. And his friend mistook him for a dummy and stuck a bayonet through his chest and it impaled him, and two weeks later he was on our set, ready to get down. I had to do a lot of the stunts just because what kind of person would I be if I asked Brett to do those things anyway?

Did you ever get that chat with the mermaids in the movie?

No, I could never get their ear. It was too fast.

What can you tell me about La La Land? I don’t think we’ve seen you sing and dance on film before.

Yeah, I don’t think so, and you probably won’t want to again. I gave it a shot. I had a great time. I really had a special experience on that movie. Damien [Chazelle, director] is an incredible filmmaker.

Did you shoot in a studio, or were you dancing on locations?

There’s one [scene] where we had a whole freeway overpass for a day. People were dancing on cars. It was pretty amazing. He shot the film in long takes so there’s not a lot of cuts in the musical numbers.

Did you have enough prep time working with Emma Stone, who also hasn’t danced on film before?

Em and I practiced for a month and a half just for one scene because we had to do it at magic hour, and we would only have four or five takes and we had to get it on one of them.