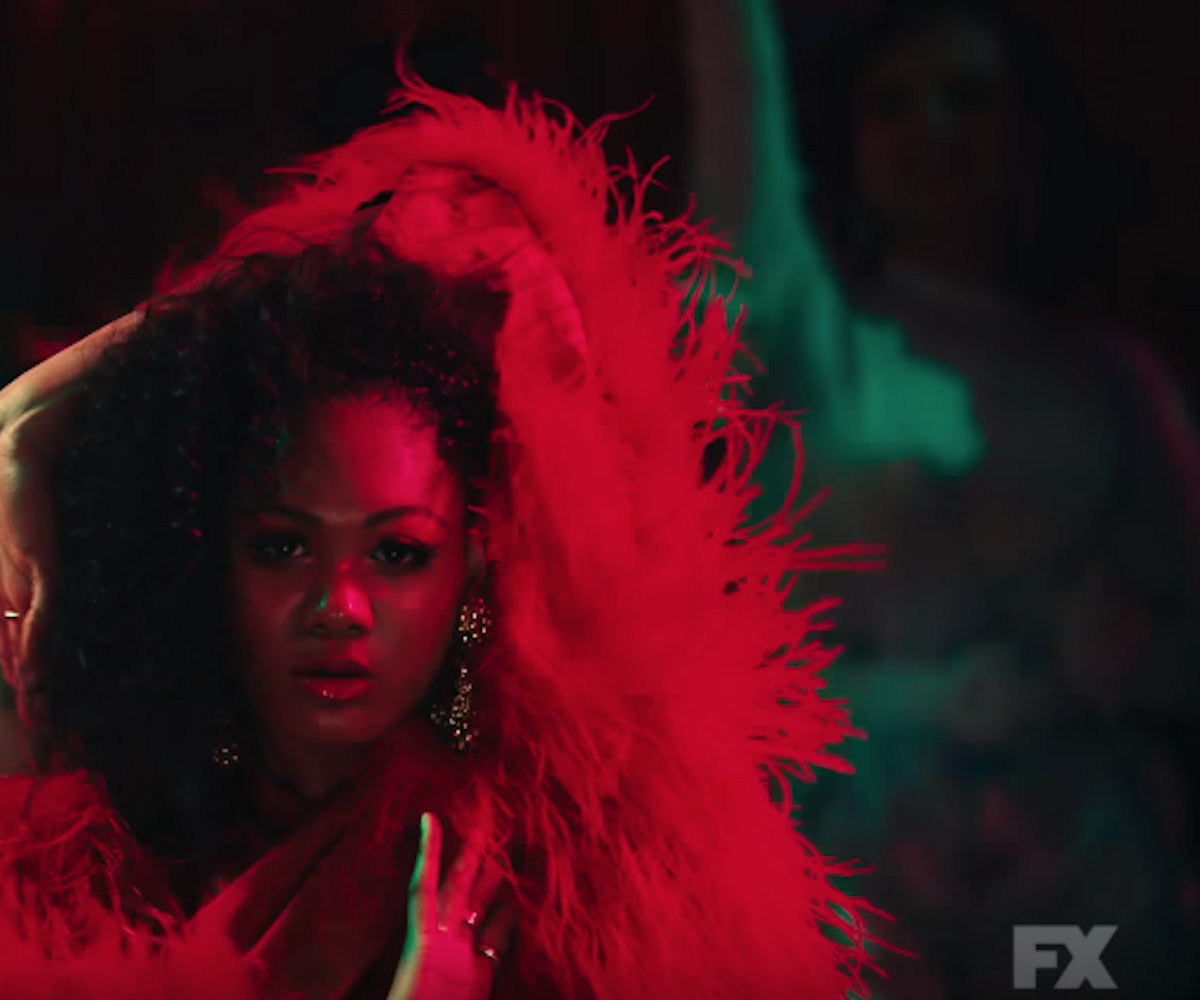 While you've been waiting for Ryan Murphy to release more details about the new season of American Horror Story, he's been quietly making history. The director's new musical drama series, Pose, isn't even out yet, and it's already breaking new ground due to its inclusive and diverse cast.

The Hollywood Reporter notes that Murphy's new show not only features the largest cast of transgender actors in series-regular roles, but also the largest recurring LGBTQ cast ever for a scripted U.S. TV series. MJ Rodriguez, Indya Moore, Dominique Jackson, Hailie Sahar and Angelica Ross are the five trans actors who will be playing transgender characters.

The show will highlight and analyze life in New York City during the '80s, including the "the rise of the luxury Trump-era universe, the downtown social and literary scene and the ball culture world." The report also notes that ballroom legends and survivors will be consultants on the show.

"The show is about the search for being authentic, about creating opportunities," Murphy said in a statement to reporters in January about the series. "We're past an era of straight men playing these roles. It's time to think differently and offer more opportunities to people who want to work."

Pose premieres June 3 on FX. Peep the show's teaser, below.

NEXT UP
Culture
NYLON Party Report Card: Partying With The Stars & 94 Foot Long Whale At The Natural History Museum Gala
Entertainment
SZA's 'SOS' In 5 Essential Songs
Shopping
49 Cool Things Under $30 That You'll Get A Sh*t Ton Of Use Out Of
Culture
11 Travel Gifts For Your Frequent Flier Friend