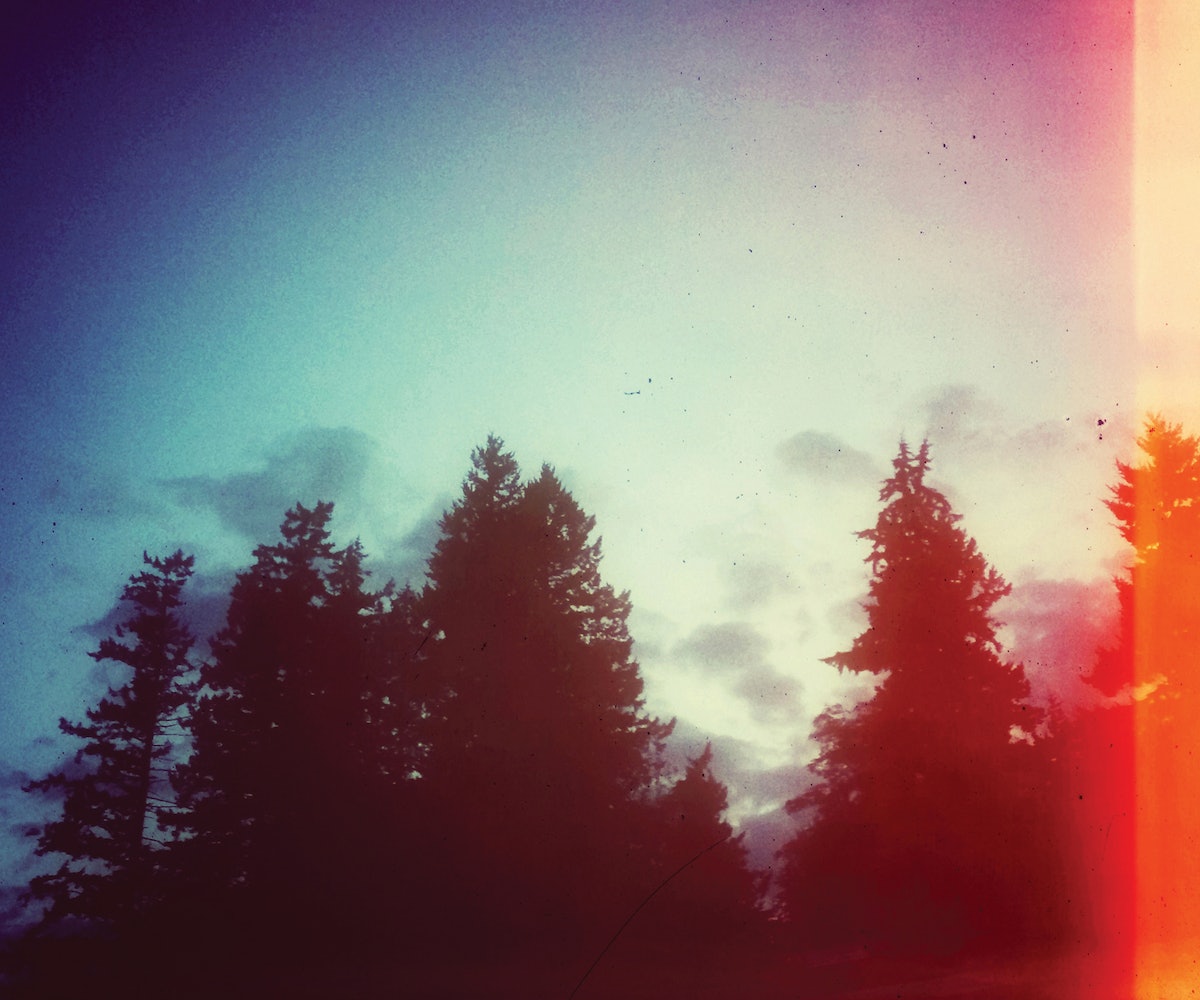 Although Ryan Russell has made a name for himself as alt-rock's go-to photographer (everyone from Paramore's Hayley Williams to Death Cab For Cutie's Ben Gibbard has sung his praises), his latest work shifts the lens away from the stage and towards the spectacular shows put on by nature.

You can see it all in the famed photographer's new book, Continental Obscura. The tome, out April 8 by No Sleep Records, features sweeping views and gritty shots of the scenes Russell saw as he journeyed from Birmingham to Bellingham, making the great outdoors look just as wild as a late-night concert. But just because he's ventured beyond the doors of clubs doesn't mean it's without a musical component; every copy includes an exclusive 7" split featuring B-sides from Manchester Orchestra and Minus the Bear (who he's shot extensively, natch).

We've got a first look at a few of the breathtaking photos featured in Continental Obscura--check them all out in the gallery and then pre-order your copy here--plus Russell's picks for top spots he visited while shooting the images that ended up in the book. Road trip, anyone?!

"Mount Baker was my favorite spot of the entire trip. First chance I got after arriving in Bellingham I went. It didn't really feel like the cross country trip was complete until I was standing up on Artist Point and seeing the huge glaciers."

"Cape Flattery was what I always imagined living in the Pacific Northwest looked like growing up. With its rugged cliffs, fog moving from the sea into the trees, and pathway trails through the dense forests, it seemed surreal that a place like this even exists outside of movies."

"Going into the ghost town of Sego was one of the more intimating parts of the trip. Although not that many miles from a main road, it literally looked like every ambush spot in a western movie I had ever seen. The creepiness was offset by the beautiful Native American art created on the canyon walls leading up to the old mining town."

"I routed the entire trip to specifically be able to visit the salt flats. A rare cloudy day along the flats, I stopped many times to photograph the messages people had written using stones in the white ground. At one point there was even a mock grave out of plastic flowers and ceramic animals for someone who had died along the highway through the flats."

Like most people, I only came here because it's where Stephen King was inspired to write The Shining. No matter where you are in the hotel you feel like you're being watched or surrounded by something. Most uncomfortable thing I have ever experienced."

NEXT UP
Life
Rachael Finley Never Got A Guide To Life, So She Wrote Her Own
Life
Joseph Osmundson on Virology, Monkeypox, Queer Intimacy
Life
Ling Ma’s Bliss Montage Is Inspired by Her Dreams, Old Notebooks, and Real Housewives
Life
Demi Lovato Slams Child Stardom