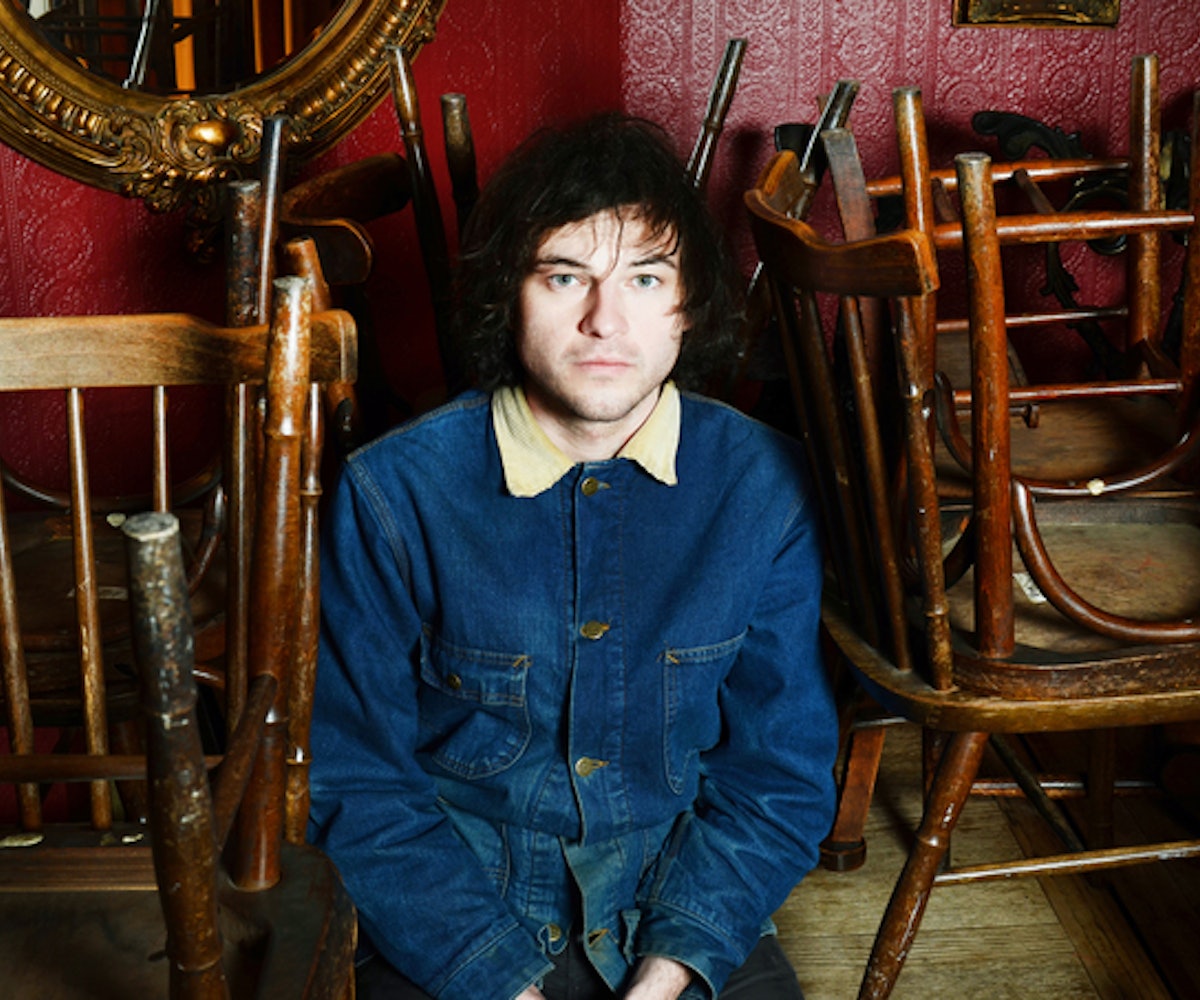 It’s a hot summer day at OFF Festival, and, beer in hand, Ryley Walker is discussing how he’s enjoying his first trip to Poland. That is, until a large bee buzzes by and his gentle Midwestern twang raises to a dramatic scream. Safely out of danger moments later, he laughs at the overreaction—and, with a moment’s hesitation, I do too.

Therein lies the truth behind the Illinois-born musician. His debut album Primrose Green and last year’s Golden Sings that Have Been Sung are carpeted with delicate fingerpicked guitar passages and big band rock, Walker lacing his vocals with the wisdom of a man who’s entered the retirement/daily fishing phase of his life. But the real Ryley Walker (as he’ll be the first to admit) is far less refined—a character that loves childhood junk food, calling out pretension, and creating a few unlikely Robin Hood scenarios. Whether it’s talking to the press or rubbing elbows with musical heroes, he also knows how to have a good time at a festival.

Since you’re on a European tour, what’s your favorite weird gas station snack?

In Bosnia, I had a goat curry. It was really bad. I ate it in a smoking booth. It was gross.

Yeah, that doesn’t really ring. “How was the gig?” “Goat curry.” [frowns dramatically]

What was your childhood snack of choice?

I grew up outside of Chicago. I was raised by good people, but they had no education on food. I remember eating S’mores Pop-Tarts. We just ate sugar all the time. There was never a piece of fruit in my house. My parents didn’t know what hummus was until I was 25. They had Indian food for the first time recently.

So, what do they think of their son, the traveling musician?

For a long time, they had questions, but now they can look on Google and see what I’m doing. So, they’re into it.

Their son, the legit musician.

I don’t know about legit! I skate by. I snuck into the indie rock bullshit.

You recently declared yourself to be a “reformed press shot in the woods haver.”

[laughs] It’s so funny. There are so many clichés I see in the world. Myself included. I hate the idea of selling myself as cool. It was fun to do at first. “Here I am! I got a record deal! I’m cool.” But then it’s like, I’m not fucking cool! Maybe because I’m self-conscious. Not taking things seriously is a good way to disarm everything for me. I don’t think everyone in indie rock is fake. I’m not anti-anything. I’m just pro-not taking things seriously. I take music seriously. I don’t like the idea of, “Here’s my cool picture, and I rock!”

Does the music world suffer from a lack of self-awareness?

Yeah, we’re just a bunch of children. I like festivals a lot. They’re really funny. These bills shouldn’t exist. I shouldn’t play on the same night as PJ Harvey! That shouldn’t exist in the real world. Catering is like middle school lunch. You have your tray full of chicken breast and salad, walking around looking at the other bands. They’re so cool! Then you sit down and eat alone. It’s really funny.

Oh, I’ve embarrassed myself in front of a lot of people. One of my favorite things to do is try to steal beer from the biggest band that I can. I think it's really fun. I stole Artic Monkeys' beer once. I got yelled at: “This is our fucking beer mate!” When Coldplay was playing, we got to steal their booze. You come back and it’s like, “I just got the Killers’ vodka!” I’m the Robin Hood of stealing rider booze. Don’t take from your friends, steal from the biggest band you possibly can. It’s so fun. It’s scary, too. One time Donovan caught me stealing his booze. “This is all my liquor! Do you know who I am?” I just kept running. His manager chased me for a bit.

Any advice for those classically trained, music school kids dreaming of doing what you’re doing?

I don’t think those people exist! If they do, I say hang out with cool musicians and don’t do anything people tell you to do.

You mentioned folk icon Donovan. If someone finds your record in 50 years in a record bin, would you be down to do a revival tour?

I feel like I’m doing things that aren’t folk anymore. The new record we finished is very Chicago-y. It’s all electric guitars.

[laughs] It’s cool. I’m not that good at it, so I’m trying to do something that’s a little more me. It’s a bit of a put-on in some ways. It’s a lot of a character, trying to be cool. I think as I’ve gotten older, I’ve gotten better at guitar. Maybe—there’s always something worth discovering in the dollar bin. If I’m relegated to the dollar bin, that means people saved $14. They paid $1 instead of $14.

They won’t even have to steal beer afterward.