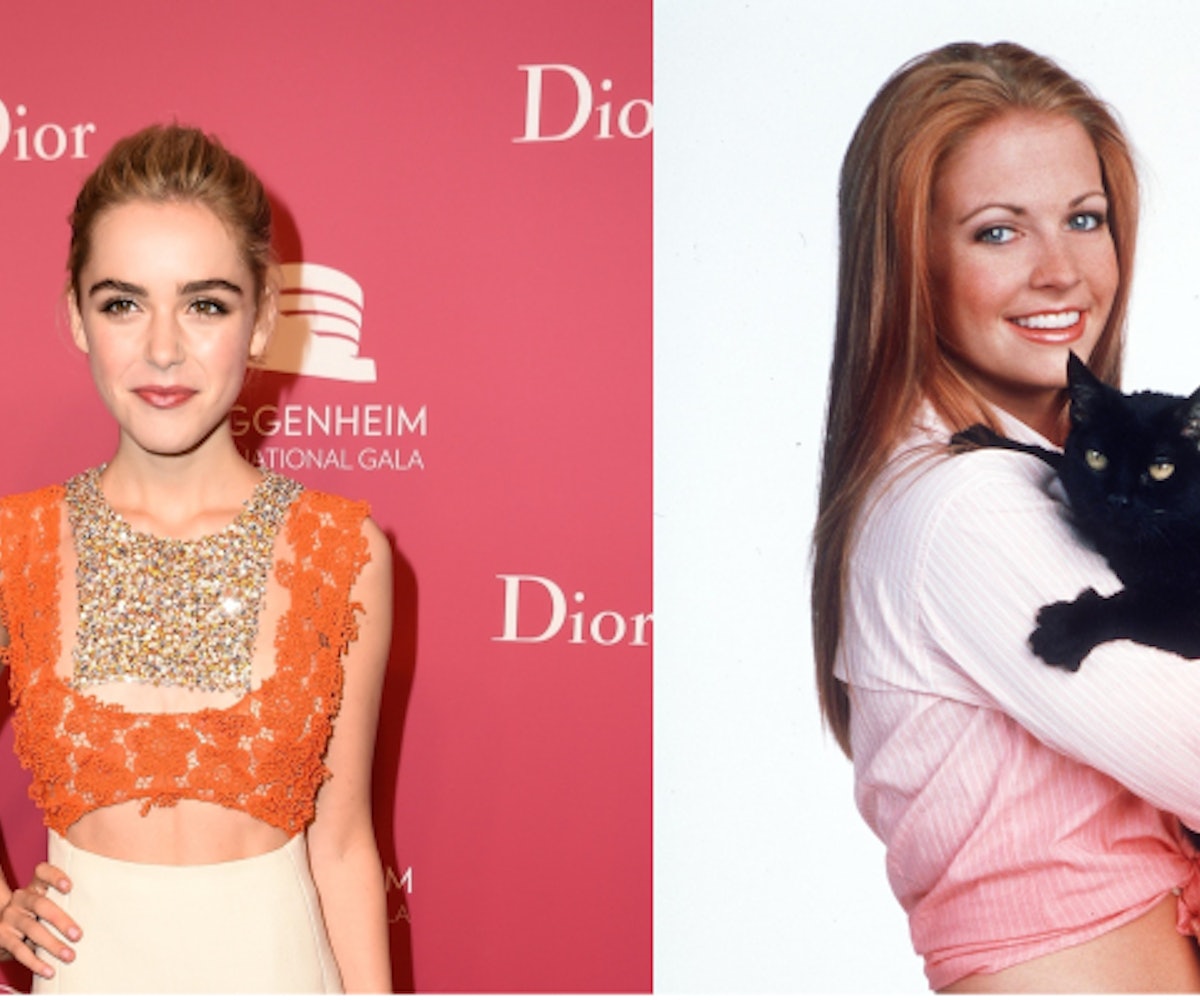 Remember how cute Sabrina Spellman and Harvey Kinkle were on Sabrina the Teenage Witch? Well, get ready to ship them hard again. We just got a first look at our new couple for the Netflix reboot of the '90s sitcom.

The Chilling Adventures of Sabrina will, reportedly, see a darker side of the story we grew up with. However, if these new pics of stars Kiernan Shipka and Ross Lynch, who will play the sweethearts, smiling and holding hands are any indication, the darkness won't extend to the romance department. The series, a spin-off from Riverdale showrunner Roberto Aguirre-Sacasa, has officially begun shooting in Vancouver.

Netflix's reboot is set to come out later this year via the streaming platform. To see more photos of the golden couple on set, click here.