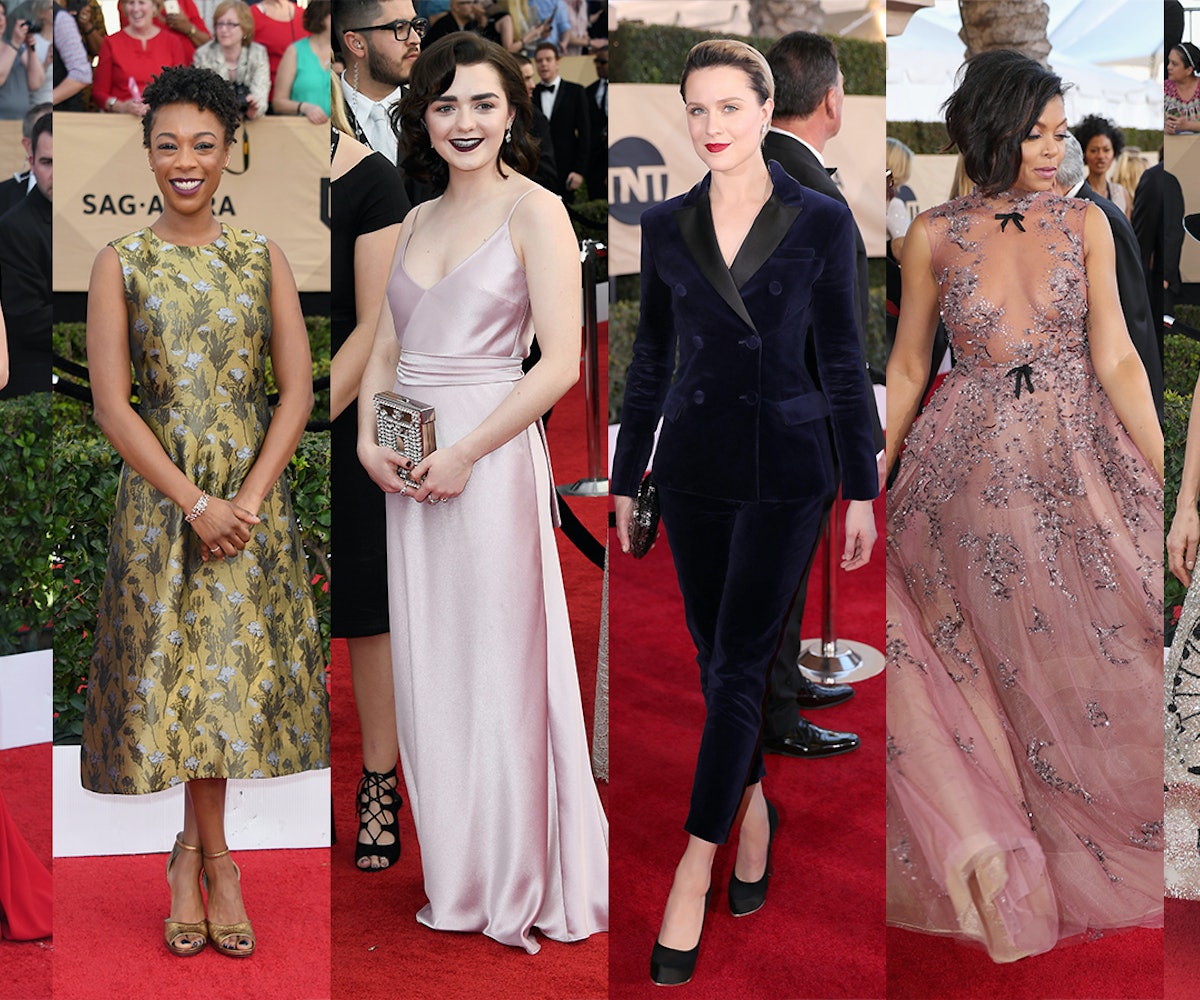 Last night’s Screen Actors Guild Awards kicked off awards season for 2017. While its purpose is to honor the best achievements of film and television, it also provided an outlet for actors and actresses to speak their minds, with many choosing to use this moment as a chance to speak out against Trump and the Muslim ban that went into effect over the weekend.

The politically driven awards ceremony also served as the first major red carpet event of the year—and it certainly did not disappoint. The looks were elegant and the celebrities were graceful and poised, even for some of the “quirkier” pieces, like Thandie Newton’s ferris wheel- and horse-printed Schiaparelli gown, or Tara Shahidi’s vibrant, bold striped Naeem Khan.

Click through the gallery below to check out the 13 looks that totally stole the show.

As would be expected, Janelle Monae slayed the red carpet in another intricate black and white look by Chanel—complete with a butterfly clip-adorned hair look. Be still, our hearts.

If there’s anything that could brighten up this dreary winter, it’s Yara Shahidi’s ammmazing striped masterpiece by Naeem Khan.

Natalie Dyer has us dreaming of spring in this floral embellished Miu Miu gown.

Kerry Washington looked incredible in this beaded, off the shoulder all-white look by Roberto Cavalli. It’s basically the wedding dress of our dreams. And she attached a safety pin to the neckline to show solidarity in the activist fight against Trump.

We can’t say we’ve ever seen something quite like Thandie Newton’s Schiaparelli Couture gown, but we’re pretty obsessed.

Yael Stone was radiant in a textured, structured gown by Alex Perry.

Samira Wiley chose this simple, printed dress by NOVIS—and it was perfect.

Millie Bobby Brown was pure elegance and sophistication in all red by Emporio Armani.