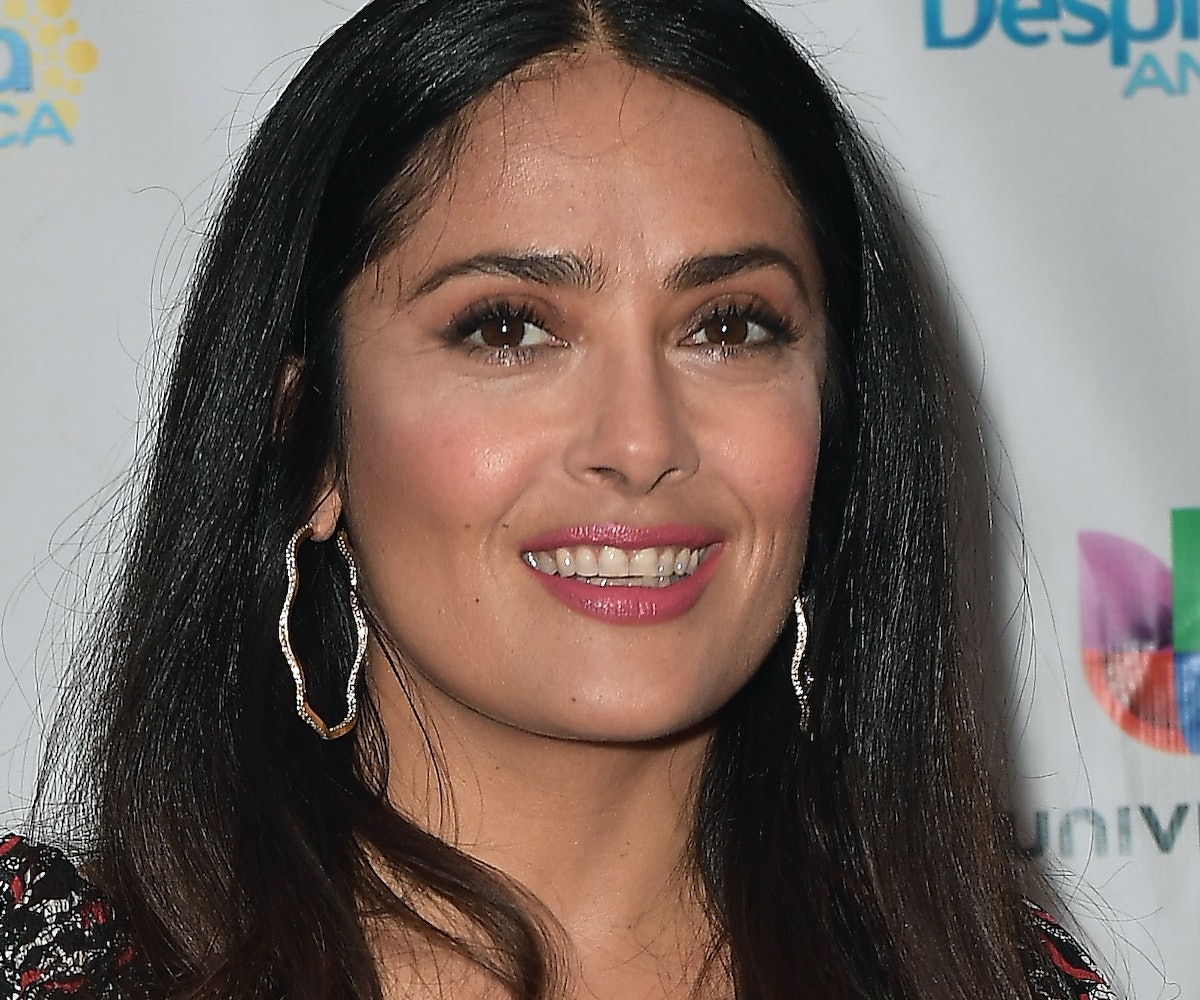 Another day, another story of Donald Trump being a sleazy snake. In unsurprising news, it's come to light that Trump once tried to hit on actress Salma Hayek—and his methods were less than admirable.

Hayek appeared as a guest on Trevor Noah's The Daily Show where she recounted her interactions with Trump, during which he asked her on a date. Noah remarked, "I would just like to know how he asks someone on a date," to which Hayek cleverly replied, "He didn't try to come grab me for sure," before sharing the predictably gross details of the whole thing.

According to Hayek, Trump approached Hayek and her boyfriend at an event (specifically, he creepily draped his jacket over Hayek's shoulders from behind her, without alerting her in any way prior) and chatted up Hayek and her boyfriend before inviting them to visit his hotel in Atlantic City. She notes that he was eagerly buddying up with her boyfriend, but upon getting her phone number, Trump "never talked to [her] boyfriend again."

Once it became clear to Hayek that Trump's intentions were to ask her out, she reminded him she was dating someone. Trump's response? "He’s not good enough for you. He’s not important. He’s not big enough for you." In typical Trump fashion, once Hayek turned him down, Trump planted a negative story in The National Inquirer that said he wasn't dating her because she was "too short."

While the whole conversation was understandably framed in a humorous manner for the show, it again brings to light the very serious issue that Trump has always felt entitled to women and women's attention. When Trump said "grab them by the p*ssy," it wasn't a one-time remark elicited by Billy Bush's "egging on," as Melania Trump said in defense of her husband. They were the foul words of a man who has the deluded audacity to hit on a woman in a relationship by insulting her boyfriend and then publicly shaming her upon being rejected. Trump does not and never had any respect for women—and to see this kind of of misogynistic individual at the helm of our country's government is increasingly concerning.

Watch the segment below.