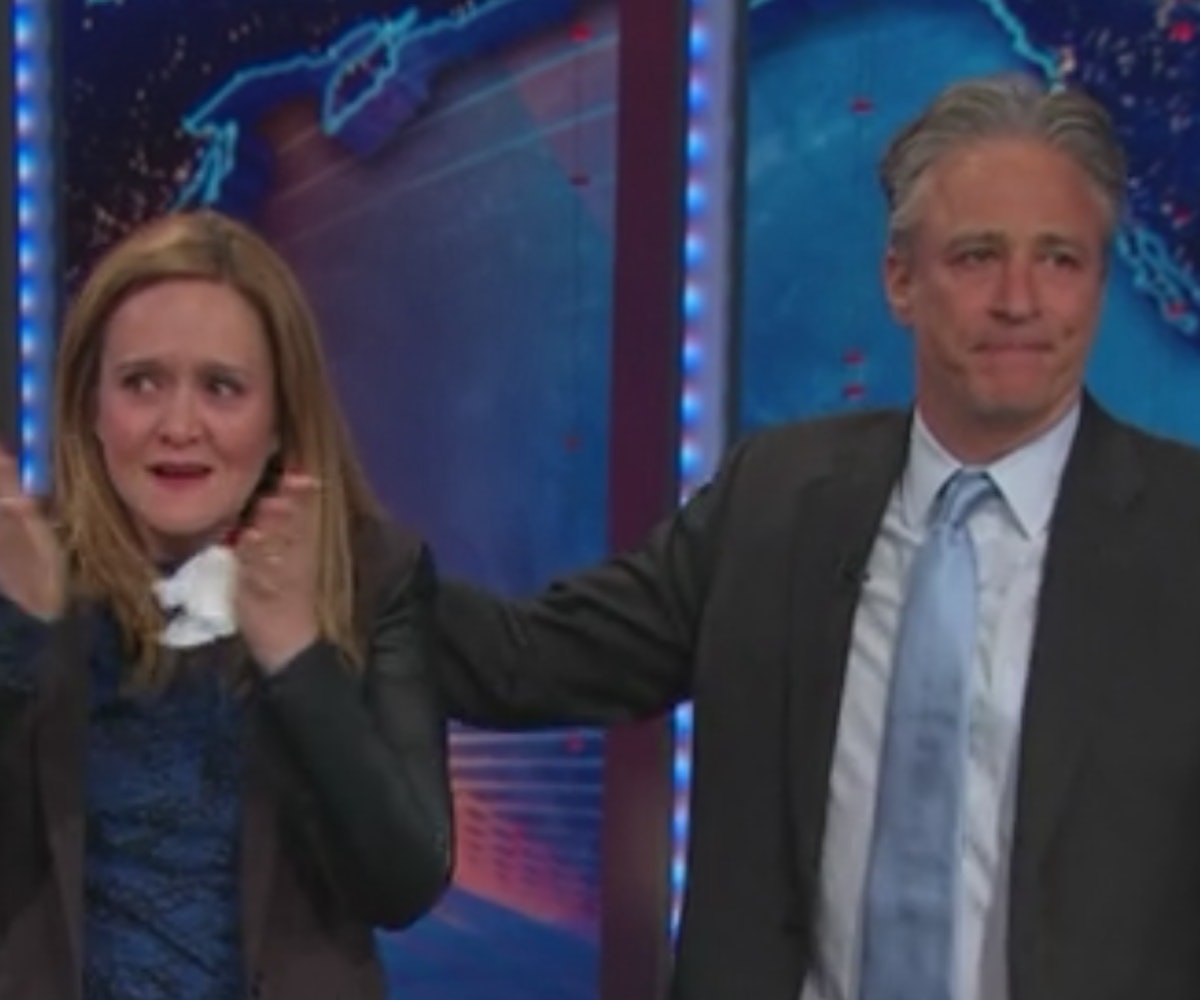 Lost in the hoopla over Jon Stewart’s imminent departure from The Daily Show was the fact that his most senior-est of senior correspondents, Samantha Bee, is also leaving. Last night, Bee made her final appearance following a video tribute that showed exactly why the Canada native has been beloved for so many years.

Don’t be sad, though. Like John Oliver before her, Bee is leaving her duties at The Daily Show to host her own satirical news program, this time at TBS. When Bee emerged on stage, she was too overcome with emotion to even speak. Fighting back tears, she shared a long embrace with Stewart, and the end of an era unfolded right before our eyes. Watch it above.