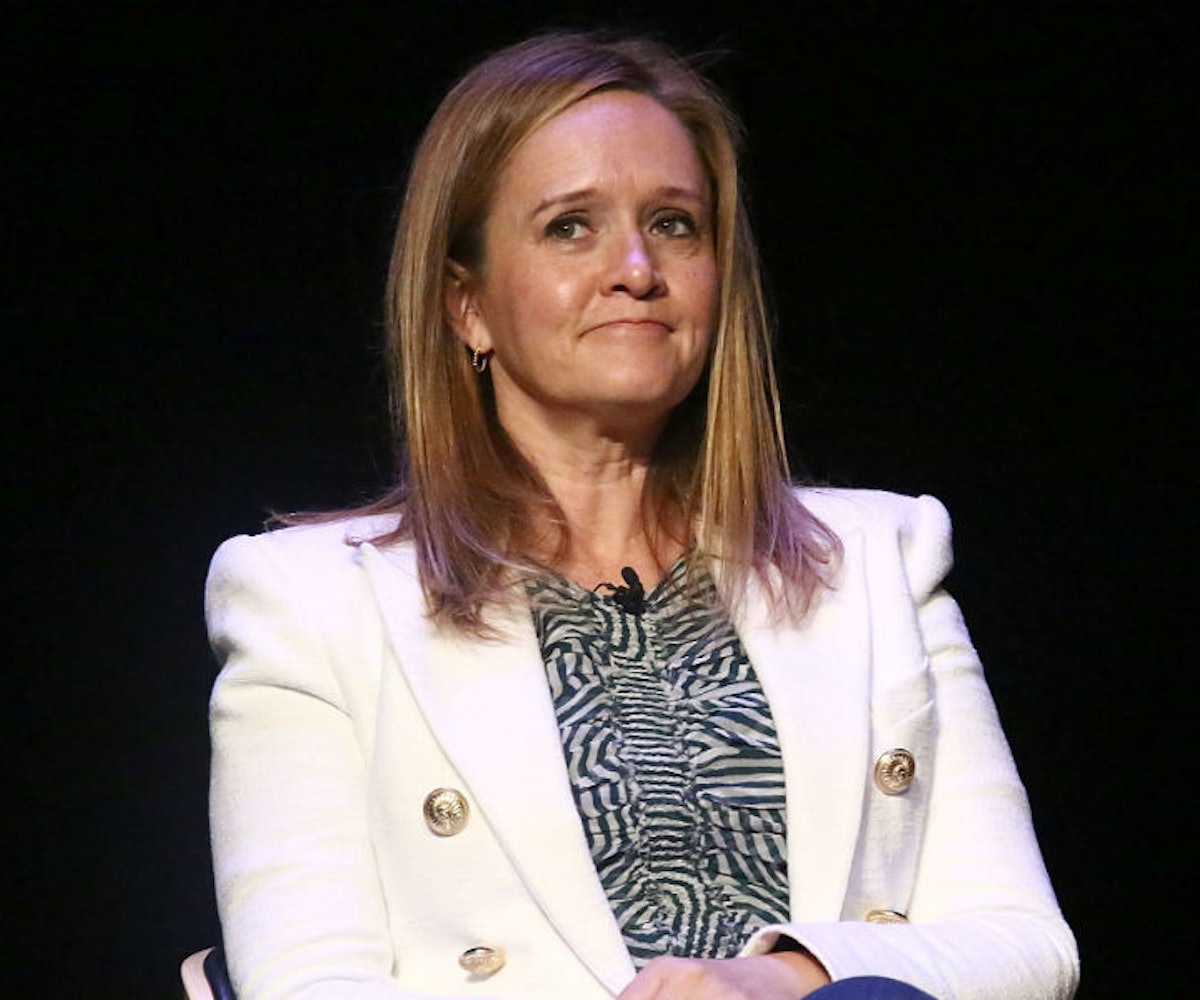 Photo by Astrid Stawiarz/Getty Images for Tribeca Film Festival.
by Taylor Bryant
May 31, 2018

Samantha Bee called Ivanka Trump a “feckless c**t" on her show last night. And, after some backlash and a lot of arguing between conservatives and liberals, the Full Frontal host has now apologized for her “inappropriate” comment.

For context, Bee addressed the despicable manner in which ICE treats immigrant families. The topic then turned to a recent picture Ivanka posted which shows her hugging her son—a photo that many found to be tone-deaf, given the many children currently being separated from their parents because of her father’s immigration policies. Bee called on Ivanka to take action, stating:

Ivanka Trump, who works at the White House, chose to post the second-most oblivious tweet we’ve seen this week. You know, Ivanka, that’s a beautiful photo of you and your child, but let me just say, one mother to another: Do something about your dad’s immigration practices, you feckless c**t! He listens to you! Put on something tight and low-cut and tell your father to fuckin’ stop it.

Unsurprisingly, the use of the C-word didn’t sit too well with some people (mostly conservatives).

Bee has since apologized, and it appears the clip from her show has been taken down. “I would like to sincerely apologize to Ivanka Trump and to my viewers for using an expletive on my show to describe her last night,” she wrote on Twitter. “It was inappropriate and inexcusable. I crossed a line, and I deeply regret it.” TBS also put out a statement noting that they regret airing Bee’s “vile and inappropriate” words.

As far as we know, Bee still has a show because, contrary to some beliefs, profanity and racism are not the same thing. But, while we’re on the topic…