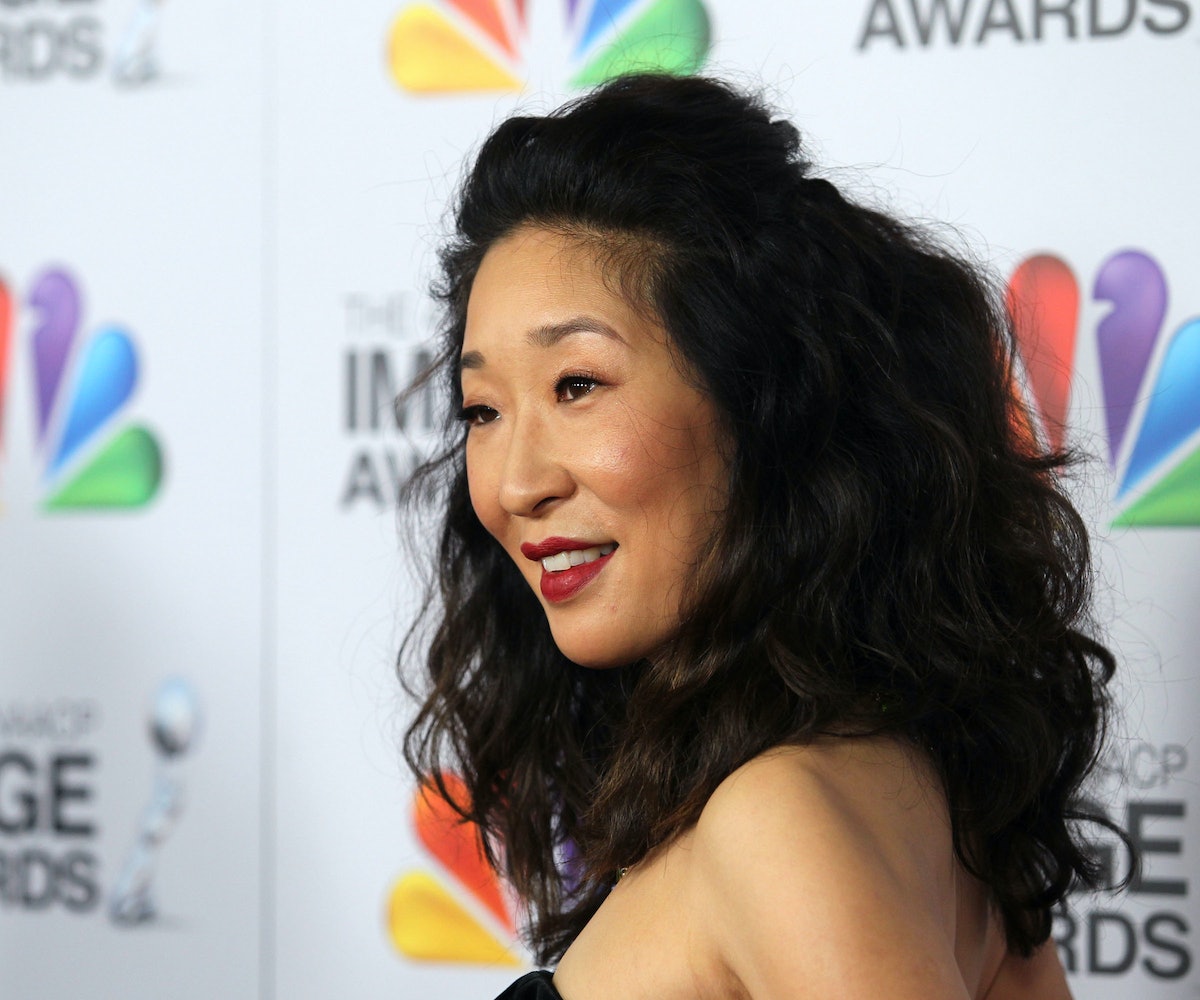 Actress Sandra Oh made history for her most recent Emmy nomination. She is the first person of Asian descent to be nominated for Best Lead Actress in a Drama Series. The former Grey’s Anatomy star snagged the nomination for her work in the BBC America thriller Killing Eve. She plays the titular Eve Polastri, an M15 intelligence officer who becomes obsessed with tracking down a talented assassin (played by Jodie Comer).

Oh gets the significance of her nomination, as well as the importance of the lead role that landed her the opportunity for recognition. “We haven’t really seen a character like Eve or someone like myself—an Asian person—play this kind of role before,” she told the LA Times following the nomination.

This isn’t her first Emmy nom, though. She received five consecutive nominations for her work as a supporting actress on Grey’s Anatomy from 2005 to 2009. Her former Grey’s co-star Ellen Pompeo perfectly summed up our feelings about her most recent nomination on Twitter.

Oh hopes that future generations will be able to see themselves in her, and feel encouraged by her historical nomination: “Let this be a moment where some girl who is 12 and Thai American can look at her Instagram and say, ‘Huh, that can be me.’” Although 2018 is super-late for Emmy “firsts,” Oh is incredibly deserving of the honor.