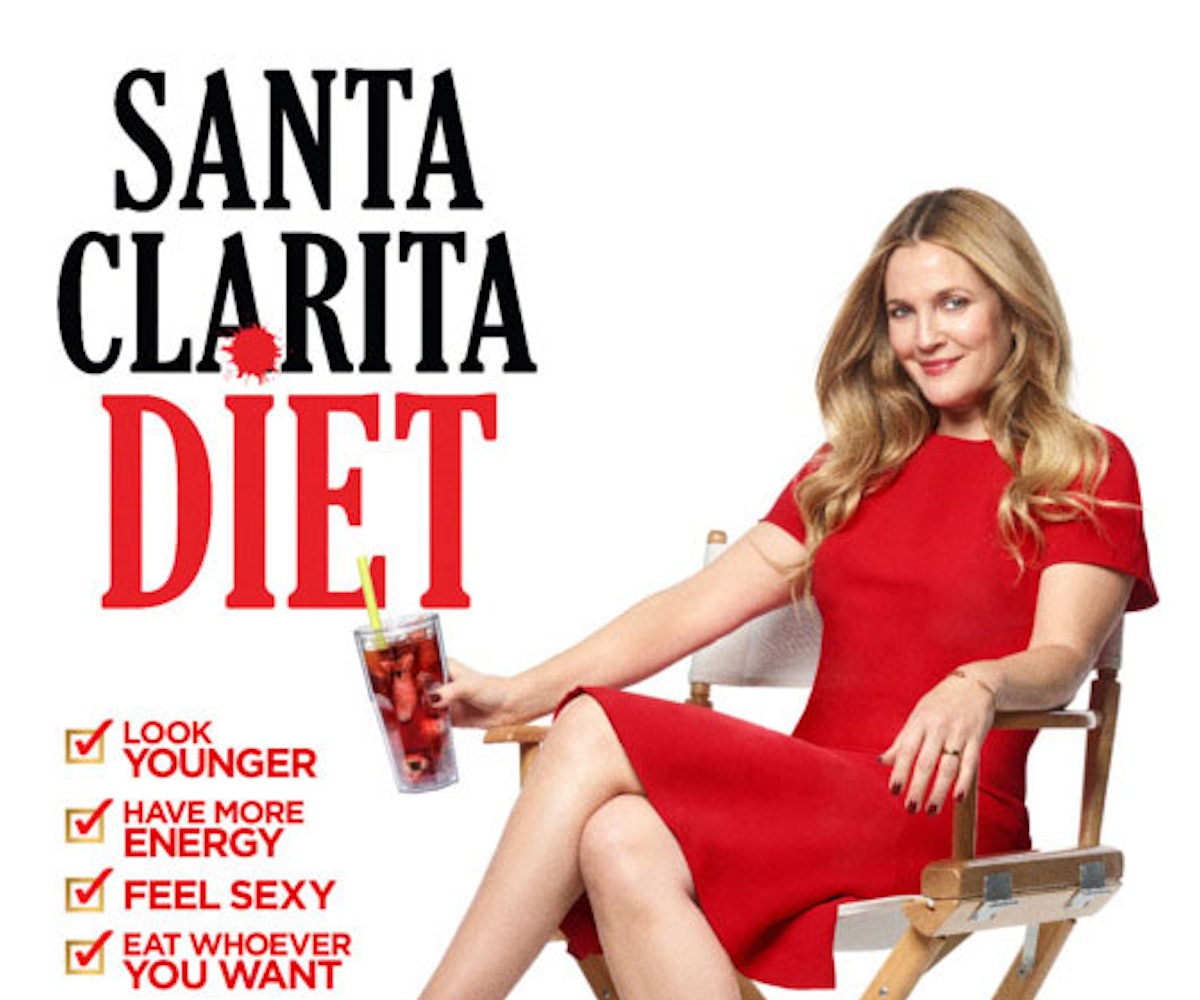 You interact with celebrity product endorsements every day. They are white noise at this point because 1) they are, again, everywhere and 2) are you actually going to buy something like FitTea just because your fav posed with it? (No shame if you have or plan on doing so. Capitalism always wins.) Netflix knows this to be true and snuck in a trailer for its newest show during the 2017 Golden Globes, Santa Clarita Diet.

Within the first hour of the Globes' broadcast, Drew Barrymore appeared on screen, hocking a thing called the Santa Clarita Diet, which sounded like the new South Beach. As a human being required to watch the ceremony, I wasn't truly watching the screen because commercial breaks are a time to catch a breather and troll Twitter. I immediately started watching, though, after I happened to steal a glance at what the heck Barrymore—a name you don't hear much of these days—was shelling and saw blood and chunks of flesh. "This," I thought, "is not what it seems." Intrigue piqued.

Turns out Barrymore is the star of Netflix's latest original programming content, a 10-episode series called Santa Clarita Diet. Created by Victor Fresco, Santa Clarita Diet is about Sheila (Barrymore), a zombie adjusting to the undead way of living. And what do zombies eat? You guessed it: flesh. Talk about taking the Paleo trend to a whole other level! Die, Undie, Eat would sure make for an inspiring book, huh?