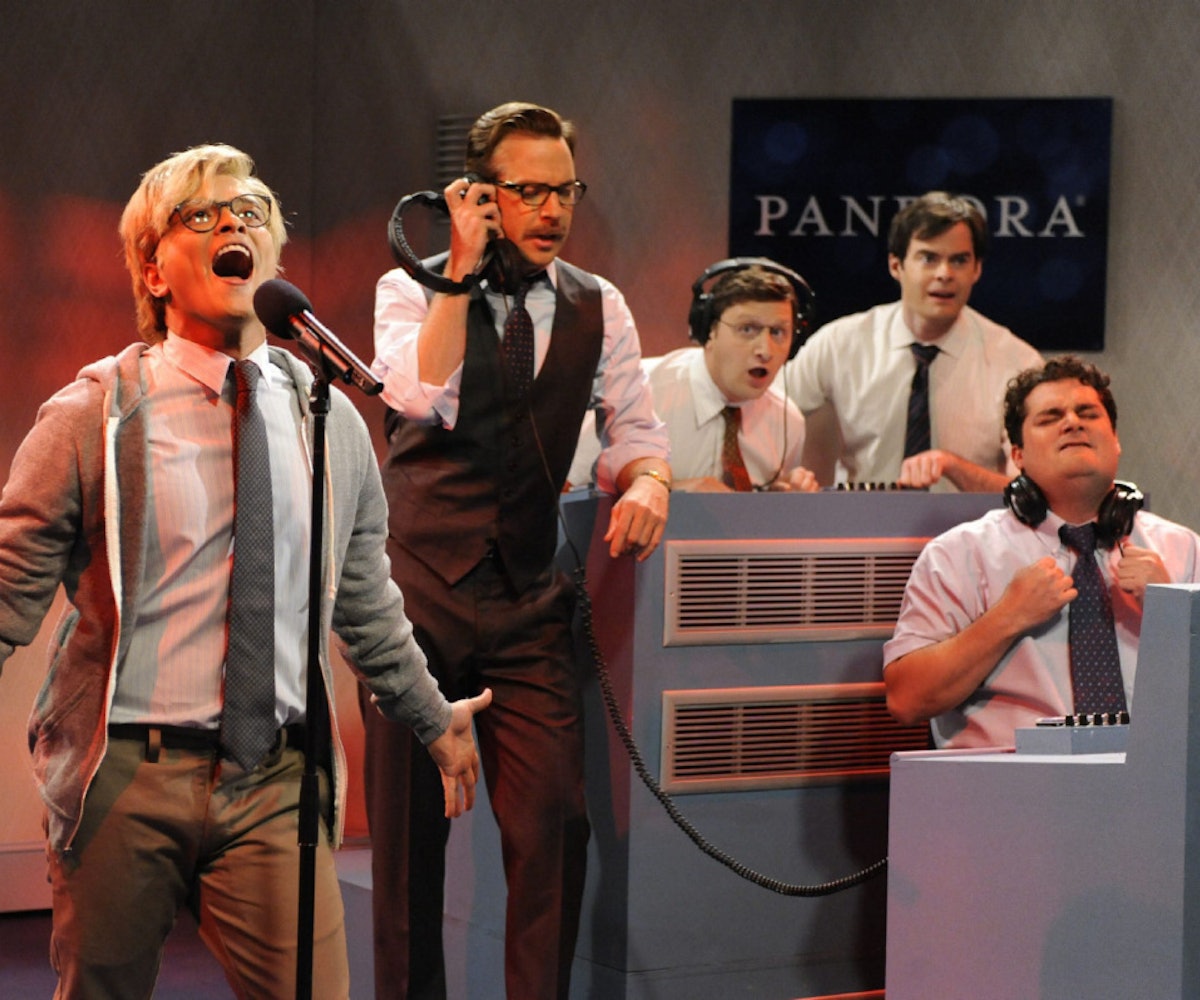 Remember when Kerry Washington guest-starred on Saturday Night Live last November, and she had to play both Michelle Obama and Oprah in one sketch? The voiceover literally played on stage said, "The producers at Saturday Night Live would like to apologize to Kerry Washington for the number of black women she will be asked to play. We make these requests because Ms. Washington is an actress of considerable range and talent — and also because SNL does not currently have a black woman on the cast. Mostly the latter. We agree this is not an ideal situation and look forward to rectifying it in the near future, unless, of course, we fall in love with another white guy first."

Sure, it was funny and we all laughed, but in that moment, SNL acknowledged their lack of diversity, both in race and gender ("another white guy"...really?), and it was an opportunity for real reflection, not only on television, but for comedy as well. In what read as an immediate response aimed to rectify the situation, a few weeks later, the sketch comedy show added Sasheer Zamata—the first black female cast member in five years—to their roster as a featured player. While many working on the show argued that the cast is not dependent on race, but instead on comedic talent and prowess, the reality of the situation is that there needs to be more diversity across television as a whole, especially on such a strong institution like Saturday Night Live. Don't forget; it was the stepping stone for racially diverse comedians like Eddie Murphy, Chris Rock, and Maya Rudolph.

Luckily, it seems as if SNL will continue to cast more non-"white guys." Last night, the show announced via Twitter that it will add Leslie Jones as a full-time cast member, effective this upcoming show (10/25). It turns out Jones, who has written for the show since the beginning of the year and appeared twice on "Weekend Update," went head-to-head with Zamata for a full-time cast position earlier in the year. Hopefully this pattern continues—after all, we are only 40 seasons in...