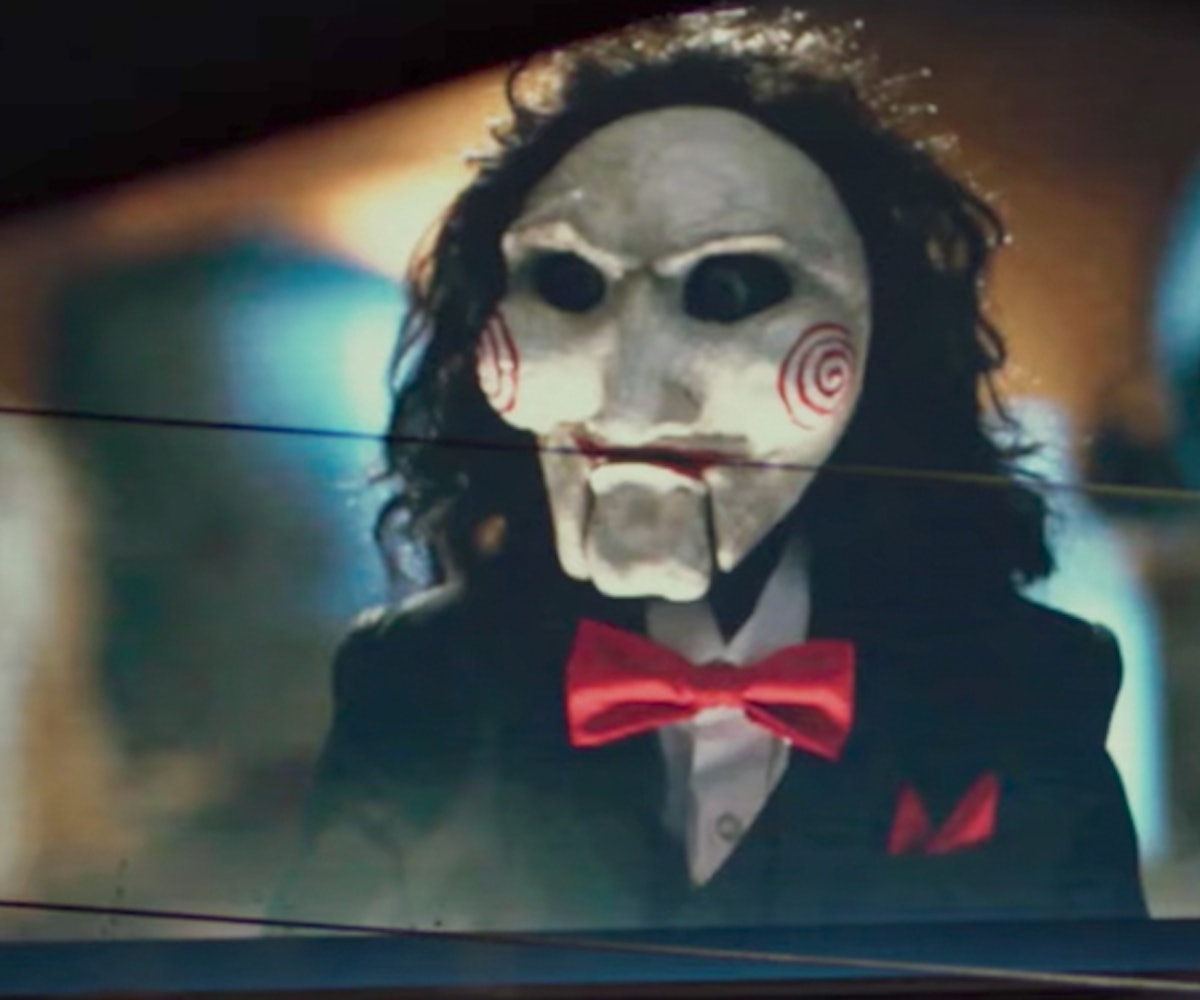 While the Saw franchise is known for its shocking twists, this one we didn't anticipate. The latest installment of the never-ending horror franchise is being used to lobby the FDA to allow gay men to donate blood, according to The New York Times. It might not make much sense, but we fully support it.

The campaign, "All Types Welcome," originated back in 2004 when the production company, Lionsgate, was drumming up press for the first Saw film by organizing blood drives around the showings. From there, Lionsgate's chief brand officer, Tim Palen, held the drives at the next five Saw movies, the Times reports. They resulted in so much donated blood that the American Red Cross gave Palen an award.

This year, another blood drive will be held for the eighth film's release, only now Palen wants to tackle a decades-long issue: Gay men who are sexually active are still prohibited from donating.

A rule was put in place by the Food and Drug Administration (FDA) in 1985, following the AIDS crisis, that banned gay and bisexual men from donating blood. In 2015, they adjusted the restriction, allowing them to donate but requiring them to be celibate for a year.

“While acknowledging at the time that the change to a 12-month deferral was less than hoped for by some, the FDA considered this to be a first step,” FDA spokesperson, Lyndsay Meyer, told the Times. She added that studies were underway to “help inform further changes to policy.”

Considering all blood that is donated to the Red Cross gets tested for infectious diseases, regardless of the person's sexuality, it really makes no sense that queer men should be banned from participating.

Saw's new campaign is presented by spokespeople like model Shaun Ross and transgender socialite Amanda Lepore. In the ads, they're dressed in some kind of nightmarish nurse couture and encourage people to donate blood in preparation of the new film, Jigsaw.

Hopefully, these ads do more than sell movie tickets, and the FDA actually lifts its outdated and discriminatory policy. Doing so would result in four percent more blood for those who need it.