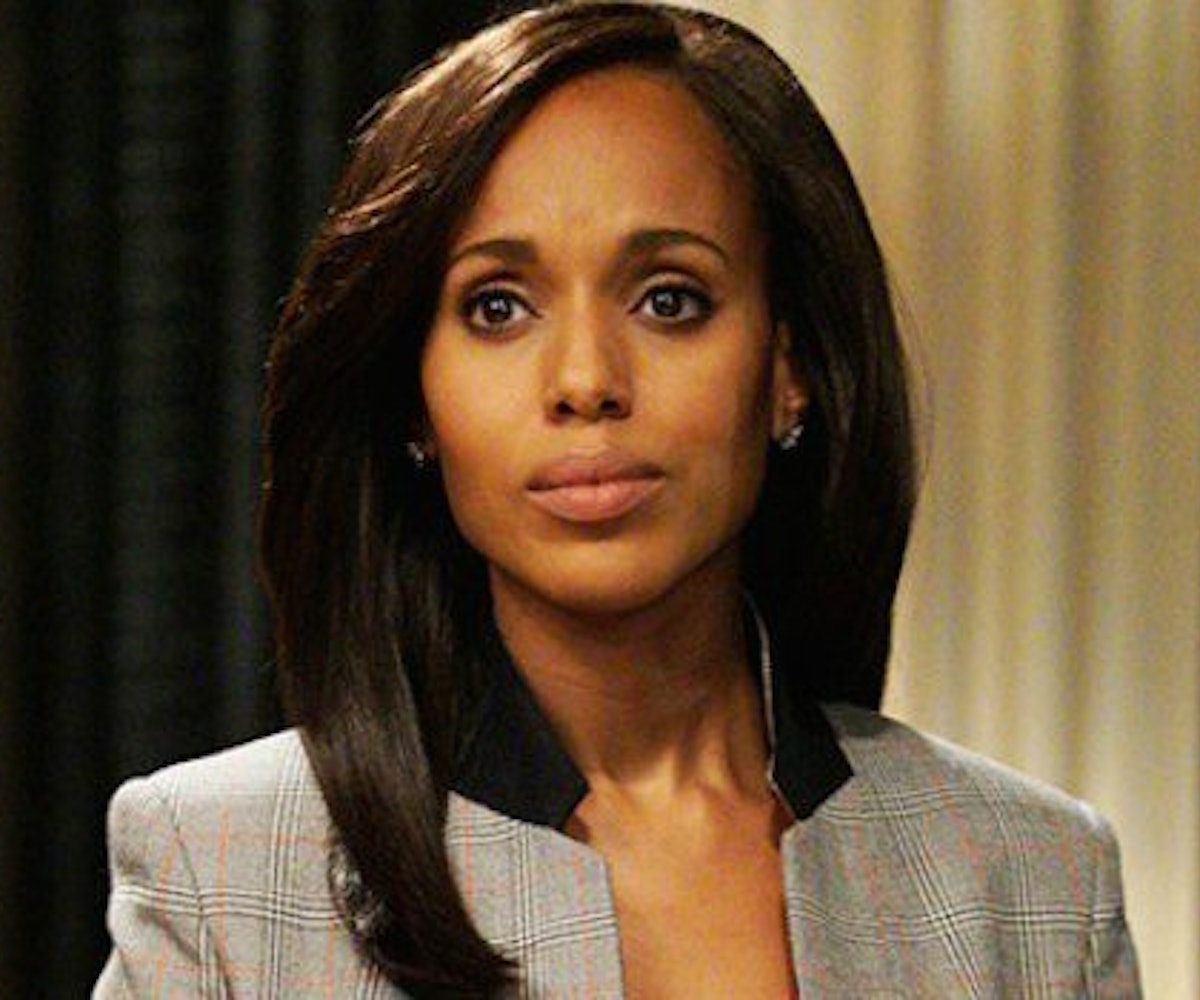 After an epic seven-season run, Shonda Rhimes' Scandal ended last night and finally provided the answers to many burning questions. However, the final scene seems to have left a few fans with more questions than answers, if Twitter is to be believed.

In the last few minutes, viewers saw two young girls stare up at a full-length portrait of Olivia Pope in the National Portrait Gallery—wearing a white top, blue skirt, and red belt, as well as her natural hair. Some, like Variety, read the moment as a nod to the awestruck girl who went viral looking at Michelle Obama's portrait and, thus, a metaphor for a "generation of young girls who were supposed to look up to Liv as the great white-hat leader," and it most certainly worked as closure for Liv's personal narrative arc.

And while most read her portrait as a hint that Olivia had become the President, others thought it was a First Lady portrait, as Olivia and Fitz finally got to be together in the finale. Some went as far as to posit that the girls looking at her portrait may be their children.

Mostly though, people just wanted definitive clarification on whether Olivia finally took the Oval Office for herself.

But they might be waiting for a long time: Ahead of the premiere, Rhimes said that she has "no immediate plans of discussing how the series ultimately ended and intentionally wanted to leave the audience to determine the show's ultimate takeaway about politics in D.C.,” per The Hollywood Reporter. However, Rhimes did say that the end is not about D.C., but about Olivia's own character trajectory. And this was a sentiment she reiterated last night on Jimmy Kimmel Live as well. When asked about what Olivia's portrait meant, Rhimes said she knows the answer to the question, but “I get one last thing to say as a spoiler that I’m going to hold onto for the rest of my life.”