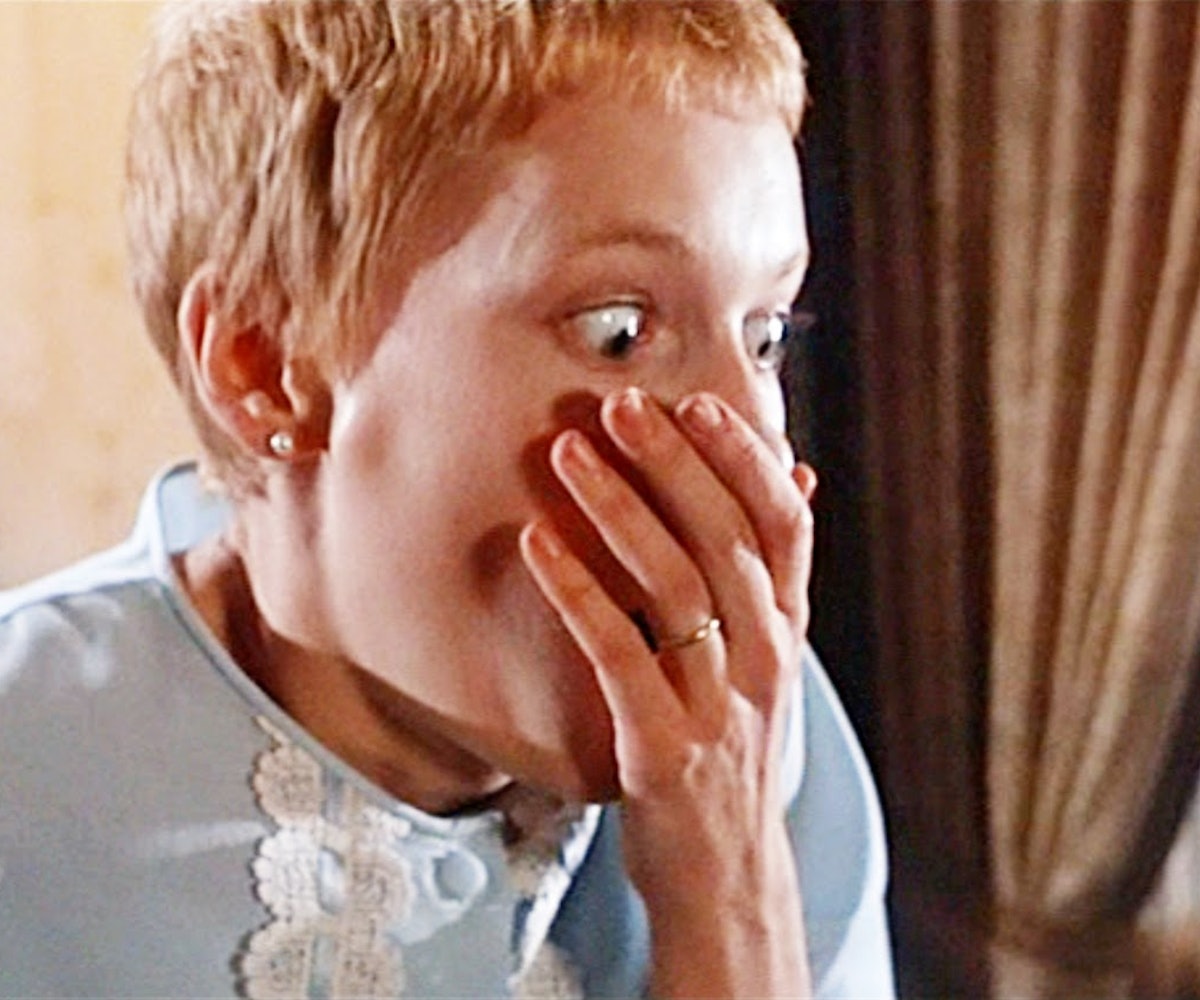 October means finally taking a break from binge-watching reruns of your favorite sitcom (yes, Netflix, it's been seven hours and we're still here) and switching gears into horror movie mode. Lucky for you, we've compiled a list of 25 of the scariest movies ever. From Hitchcock classics to contemporary thrillers, we've got enough monsters, murders, and mysteries to keep you terrified for the rest of the month. Good luck falling asleep.

1. Psycho: A 1960s classic, Psycho details a pit stop at the Bates Motel that has way more in store than Hitchcock's leading lady could have ever anticipated. Moral of the story here: Never trust a momma's boy.

2. The Exorcist: This "true story" is a literal head-turner. Someone take this girl to church because something is seriously not right.

3. The Conjuring: Never look behind you... or in the closet, in the mirror, under the bed, or anywhere else that the characters in this movie have the horrible habit of looking.

4. Badabook: Is nothing sacred anymore? Apparently, you should also be afraid of children's books now. You'll never hear a nursery rhyme the same way after watching this.

5. Let the Right One In: Or don't. Lock your doors. Forever. This Swedish film brings new terror to the vampire genre using uber-creepy kids.

6. The Silence of the Lambs: Like an episode of Law & Order except worse, way, way worse because there's no Benson or Stabler, just Hannibal Lecter.

7. Alien: Picture E.T.'s evil twin sister, and then be terrified by the fact that "no one can hear you scream in space."

8. The Blair Witch Project: It's already hard enough to remind yourself that these movies aren't real, but what else are you supposed to believe when they're shot like a documentary?

9. Poltergeist: "They're hereeeeee," and they're not leaving anytime soon. No one is safe—not even suburbia.

10. The Shining: There aren't many things in this world scarier than creepy little girls in matching dresses. Except maybe Jack Nicholson's haunting grin.

11. Rosemary's Baby: First comes love, then comes marriage, then comes the devil's baby in a baby carriage? Sweet little Mia Farrow as the mother of Satan's offspring is a must watch.

12. Carrie: High school is tough enough without having telekinesis powers and a crazy mother.

13. The Omen: What this little kid wants he gets. And what he wants is to kill. Watch your back.

14. 28 Days Later: Even if you're into The Walking Dead and the post-apocalyptic zombie genre, we don't necessarily think anything will prepare you for a viewing of 28 Days Later.

15. The Texas Chainsaw Massacre: When a group of Texan teens hit the road, they learn the hard way that you can run but you can't hide. Because Leatherface will find you.

16. The Hills Have Eyes: And they're watching you.

17. Halloween: Unfortunately for a young Jamie Lee Curtis, her Halloween was all tricks and no treats.

18. The Ring: Seven days. That's how long you have to live after watching the cursed tape in The Ring, and it's also how many days you'll be wide awake after watching it.

19. The Grudge: We're not one to hold a grudge, but we're still not over how terrifying this movie about an American living in Tokyo is.

20. Insidious: This one's from the makers of Paranormal Activity and Saw, but if that's not terrifying enough, there's also a haunted house AND a possessed little boy.

21. Orphan: We really can't reiterate just how scary little girls can be, and this movie, plot twist and all, proves it yet again.

22. You're Next: The title says it all. Beware of this family reunion-turned-killing spree.

24. The Birds: For one town, an unlikely villain is found in typically harmless creatures: birds. Whatever you do, don't look up.

25. Signs: M. Night Shyamalan delivers in this movie, this time in the form of crop circles and out-of-this-world creatures. Get your tin foil hats ready.