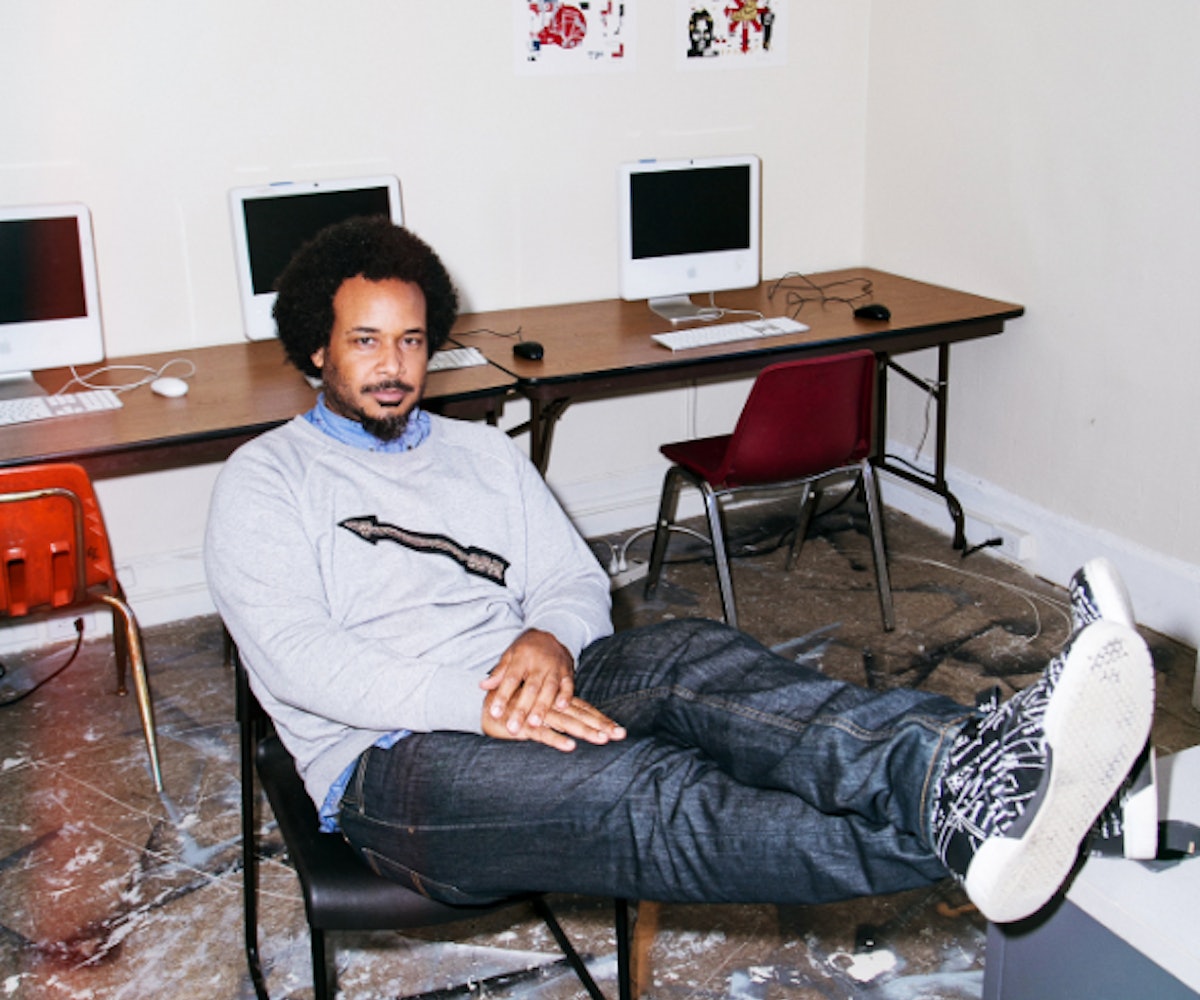 “Everything comes out of my head,” says Tahir Hemphill as he settles into a diner booth in the Bronx, where he lives, and the tight loops of his lightly salted Afro reach ceilingward as if to demonstrate the height of his ambitions. The “everything” in question is Hemphill’s Rap Research Lab.

The Lab, which recently graduated its first class, allows its teenage students to conduct research using Hemphill’s masterpiece, his Sistine Chapel: The Hip-Hop Word Count. The rap almanac contains lyrics from more than 50,000 rap songs, and is equipped with an increasingly sophisticated analytic framework for parsing it all. “It’s like Voltron,” he says. “I develop technical parts, then add them onto the mainframe.”

For Hemphill, who moonlights as an advertising creative, the database has been his muse and raison d’être for the past half-decade. It provides the statistical backbone from which Hemphill designs vivid, often beautiful charts and graphs to present new findings. In one, named Picasso, Baby, colorful points are linked up to resemble a nervous system, representing the connection between rappers and the fine artists referenced in their songs.

With help from The Hip-Hop Word Count, and under Hemphill’s watchful eye, the Lab’s students performed close readings of “the F-word” in N.W.A songs, mapped violent lyrics against crime stats (turns out there’s no correlation), and tried to settle that perennial question: Who’s the most popular rapper ever? All invaluable experience in Hemphill’s estimation: “It’s about data mining and cultural research—but also media criticism and developing critical intelligence,” he says. “For them to be able to be more critical of any media that they come in contact with, to me, is the win.”

Hemphill insists, however, that his rap almanac isn’t meant as a defense of hip-hop. “I don’t think hip-hop needs any defense,” he says, laughing but dead serious. “It’s the most powerful youth art form in the world, period. And it’s been around for over 40 years. Hip-hop has already raised a few generations of people.”

He should know, it practically raised him. “I mean, it was a pedagogical tool for my life,” he says. “Some specific hip-hop lyrics—they’re scripture. For me and my friends, we use them, in some ways, as a blueprint.”

The culture followed Hemphill everywhere. After attending high school at NYC’s Brooklyn Tech, he moved south to Atlanta’s Morehouse College, where he ended up as part of a collective founded by, among others, Saul Williams, a singer, actor, poet, and general hip-hop pioneer. (Williams recently starred in the Tupac-inspired Broadway play Holler If Ya Hear Me.) Together, they hosted some of India Arie’s first public gigs.

That let’s-put-on-a-show ethos keeps paying off: When he learned that the Andrew Freedman Complex—named after the Bronx cultural icon and home to Hemphill’s studio—required resident artists to craft a community engagement project, the former Harvard fellow figured it was finally time to start his own school. “It was a huge challenge,” says Hemphill. “But it’s something that needed to happen—I needed to do something to impress my project on the world.”

Hemphill’s next move is twofold: first, unleash The Hip-Hop Word Count to the public, through an open search tool. “It’s going to empower artists and academics and rap geeks and journalists,” he says. Then, he’ll make some hires, build a creative studio— get some of that “everything” out of his head and into ours.