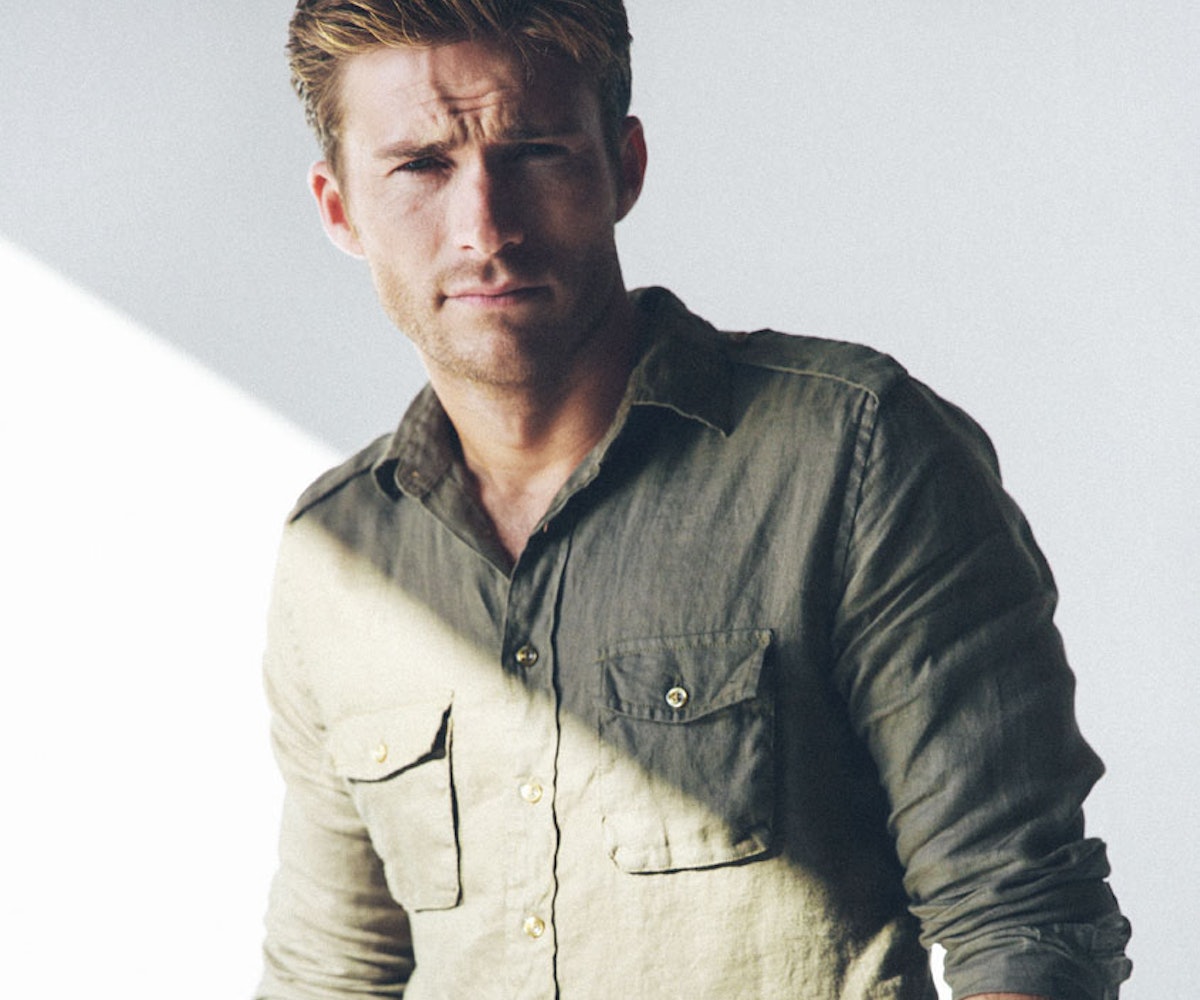 Scott Eastwood grew up with visions of stardom. He wanted to be the guy in movies who carries the gun, utters some barely intelligible but charming line, then gets the girl. For most of us, that kind of wild-eyed ambition leads down a road of unfulfilled dreams and a nasty drinking habit, but all Eastwood had to do was look at his father to see that honest-to-god Hollywood immortality is an actual thing that happens to real people. “I grew up watching my dad be a movie star,” the 29-year-old actor says of his father, Clint. “I also just really enjoyed movies and storytelling, which is what my dad is all about. That made me want to do what he did.”

In The Longest Ride, the latest fantasy out of the Nicholas Sparks romance factory, the younger Eastwood will get his chance to carry on the family tradition. Playing a sometimes-shirtless bull-riding champ who falls for a college student, Eastwood is confident his movie can live up to his—and everyone else’s—favorite Sparks classic, The Notebook. As for his love scenes with co-star Britt Robertson, Eastwood doesn’t buy into the whole "it was incredibly awkward" cliché: “Britt is a beautiful woman,” he says, “And she’s really professional and awesome. I’m pretty comfortable with myself in that sort of scenario.”

When Eastwood first started acting, he insisted on breaking into show business on his own terms. It helped that he inherited his dad’s good looks, with a natural squint that can only be described as Eastwoodian, and a jaw pulled from the pages of a comic book. But he hoped the similarities would end there. “I was pretty headstrong, and I just wanted to make sure I could go out there and do it for myself,” he says. Using the maiden name of his mother, flight attendant Jacelyn Reeves, Eastwood hit the audition circuit after high school while juggling the kinds of jobs your typical Hollywood scion would sneer at. “I parked cars, did construction—anything on the side to make extra money,” he says. “My dad wasn’t a guy who gave handouts, so I had to go work for it.”

After padding his résumé with minor roles—including several in his dad’s movies—Eastwood eventually felt comfortable assuming his famous last name. (Eastwood has six other siblings, all of whom use their father’s surname.) “I just thought, ‘Oh, this is silly. If I’m doing this, I’ve got to carry on the Eastwood name.’” But it wasn’t until a Town & Country photo shoot titled “Scott Eastwood Revealed” went viral that the world was fully introduced to the son of our most iconic gunslinger. Then a supporting role as a soldier who joins Brad Pitt and Shia LaBeouf’s platoon in the bruising World War II thriller Fury bolstered Eastwood’s profile further. “It caught me by surprise, but you just keep going,” he says of his sudden fame. “I think it’s funny every time I hear someone who’s like, ‘You’re an overnight success.’ It’s the furthest thing from the truth. There is no overnight in the industry; it takes a long time to find your way.”

In his next role he plays an ex-military NSA agent in the high-profile Oliver Stone thriller Snowden, about the whistle-blower Edward Snowden (played by Joseph Gordon-Levitt opposite this month’s NYLON cover star, Shailene Woodley) who leaked thousands of government secrets to the press. Another film he “can’t talk about yet” signals a blockbuster on the horizon. But as his career gains momentum, Eastwood is shunning the pampered Los Angeles lifestyle that usually comes with industry heat. Instead, he’s opting for a more laid-back existence in Cardiff-by-the-Sea, a sleepy beach community north of San Diego where he can surf, fly helicopters, and fish (Eastwood’s Instagram account looks like a PSA to inspire couch potatoes). “I did the L.A. thing for a while, moved down to San Diego about seven or eight years ago, and never looked back,” he says. “There’s no bullshit here, no pretentiousness, no one trying to climb a social ladder. It’s just people living their lives, and I’m very happy here. You only get one life; why not live a great one?”