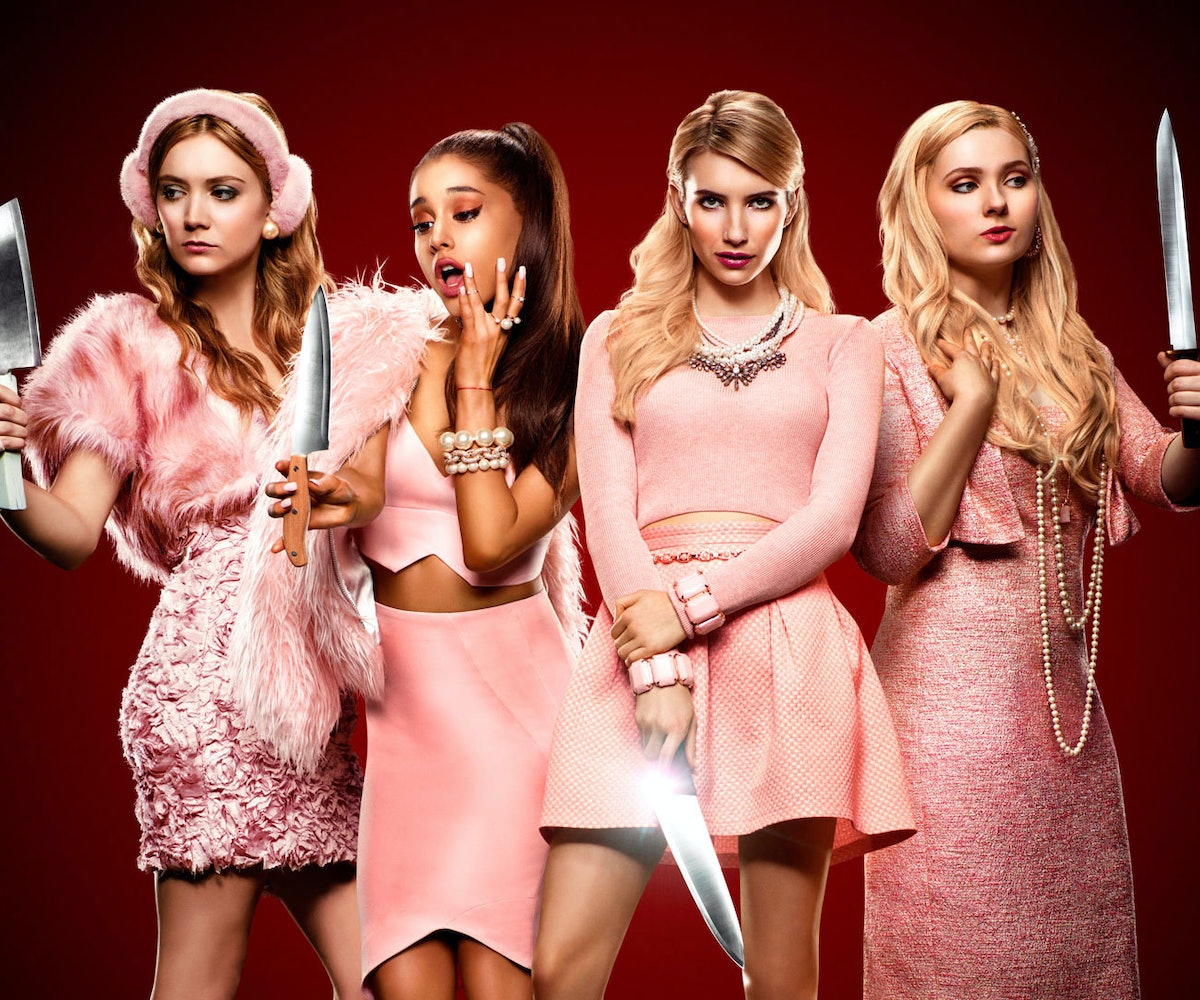 With only one season to its name, Scream Queens is already one of the most important shows taking up space in our brains. It was campy, witty, and not scary in the slightest. We were sold after the first episode. That's why we're screaming—admittedly inside—after hearing the news that the program is returning to FOX for a second season. More than that, we've learned which members of the cast are returning for the next go-around.

During the Scream Queens panel at PaleyFest on Saturday, Lea Michele, Abigail Breslin, Keke Palmer and Billie Lourd announced their return so we've got all the key members of KKT on board with the exception of Skyler Samuels. Seeing as to how the whole "baby in the bathtub" mystery plot has been solved, we don't really know what else Grace would have to investigate.

As well, Emma Roberts is in so Chanel Oberlin is back. We're assuming that she's been plotting her revenge and has her eyes on the prize—her rightful place as president of Kappa Kappa Tau.

Oh, and how could we forget to mention that Jamie Lee Curtis will reprise her role as Dean Munch? Niecy Nash will also be back on patrol as Denise Hemphill, and Glen Powell will cause more trouble as the dotingly dumb Chad Radwell.

Still no word on the premiere date, but bless this day.