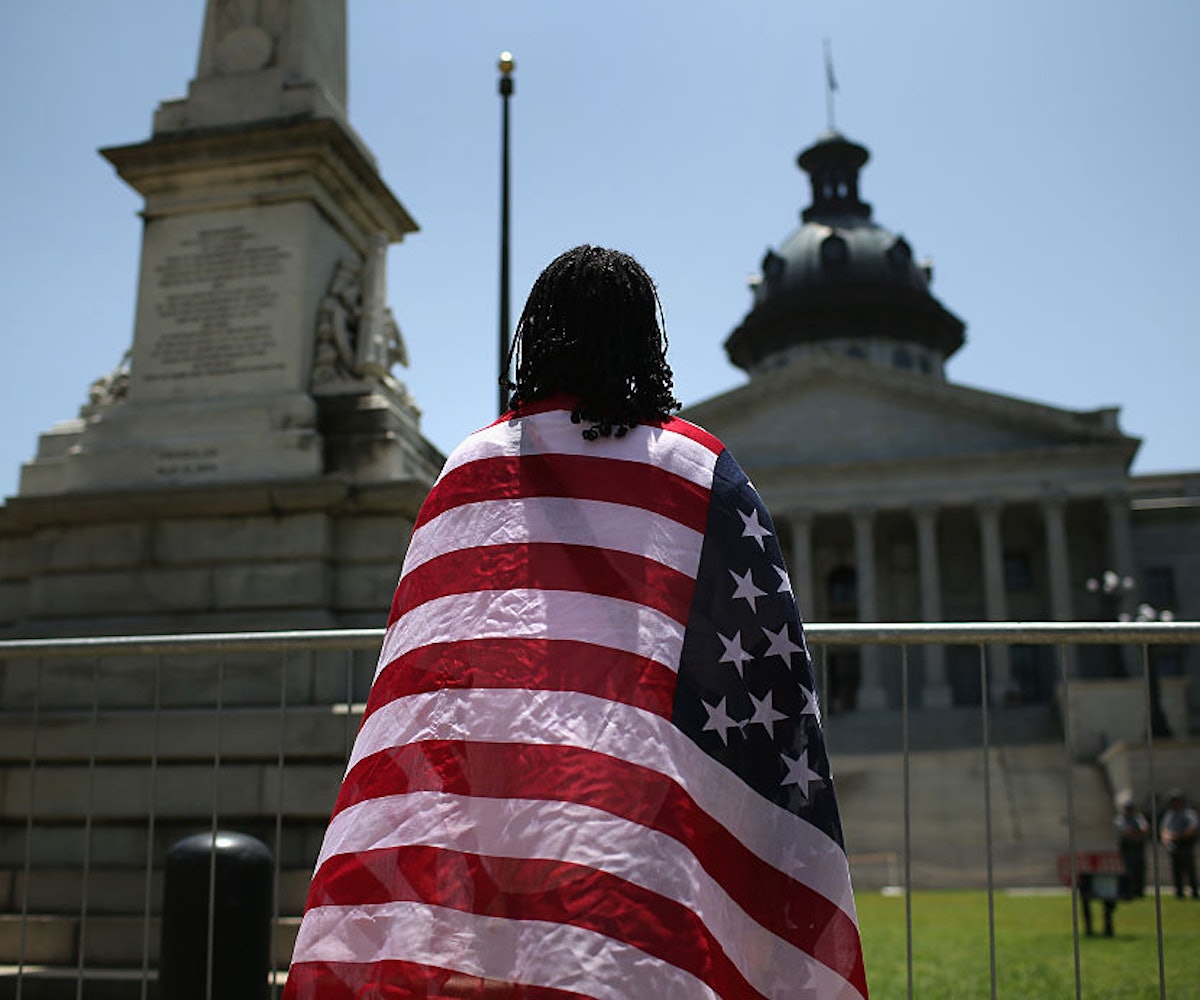 Former Real World Boston cast member and current Republican congressman from Wisconsin, Sean Duffy, was interviewed on CNN about Donald Trump's demonstrably false claims that the media isn't reporting Islamic terror attacks, and Duffy managed to say some pretty interesting things. Oh, not, like, interesting in an intelligent way. Don't be silly. Rather, what was so interesting about Duffy's interview is that he not only admitted that he thinks "white terrorism" is "different" than other terrorism (because white people should be treated differently than others?), he also glibly claimed that "good things" resulted in the horrific Charleston church massacre, in which a white supremacist gunman murdered nine people whose only fault was being black.

Duffy repeatedly attempted to assert that the only terrorist threat that matters right now is that of what he and Trump love to call "radical Islam." When CNN's Alisyn Camerota pressed him, asking about terrorist attacks by white supremacists, like the recent mosque attack in Montreal or the Oklahoma City Bombing, Duffy laughed and asked for more examples. "Bring it on," he says as if it's still 2003 and Duffy is still deciding whether or not to appear in the next airing of Real World vs Road Rules: Battles of the Seasons.

Camerota does bring it, though, and reminds Duffy of the 2015 Charleston attacks, which were explicitly carried out for reasons of white supremacy. But does Duffy acknowledge that perhaps he was wrong? And, perhaps, not all terrorism is committed by people of color? Of course not. Instead, Duffy digs in and actually says this about Charleston: "Look at the good things that came from it," referencing the fact that, following the attacks, the Confederate flag was finally taken down from the South Carolina State House.

The audacity of Duffy—who also referenced the Gabrielle Giffords shooting, erroneously saying the former congresswoman had died—is, unfortunately, par for the course when it comes to Republicans seeking to defend their unconstitutional positions on things like the immigration ban and other explicitly biased policies. But it sure doesn't make it any easier to hear. And it only serves as a reminder that there's a huge force in our government right now that is happily willing to dismiss the atrocities perpetrated by white terrorists because they want to continue to see crime and hatred as something that can be predicted by skin color and religion.