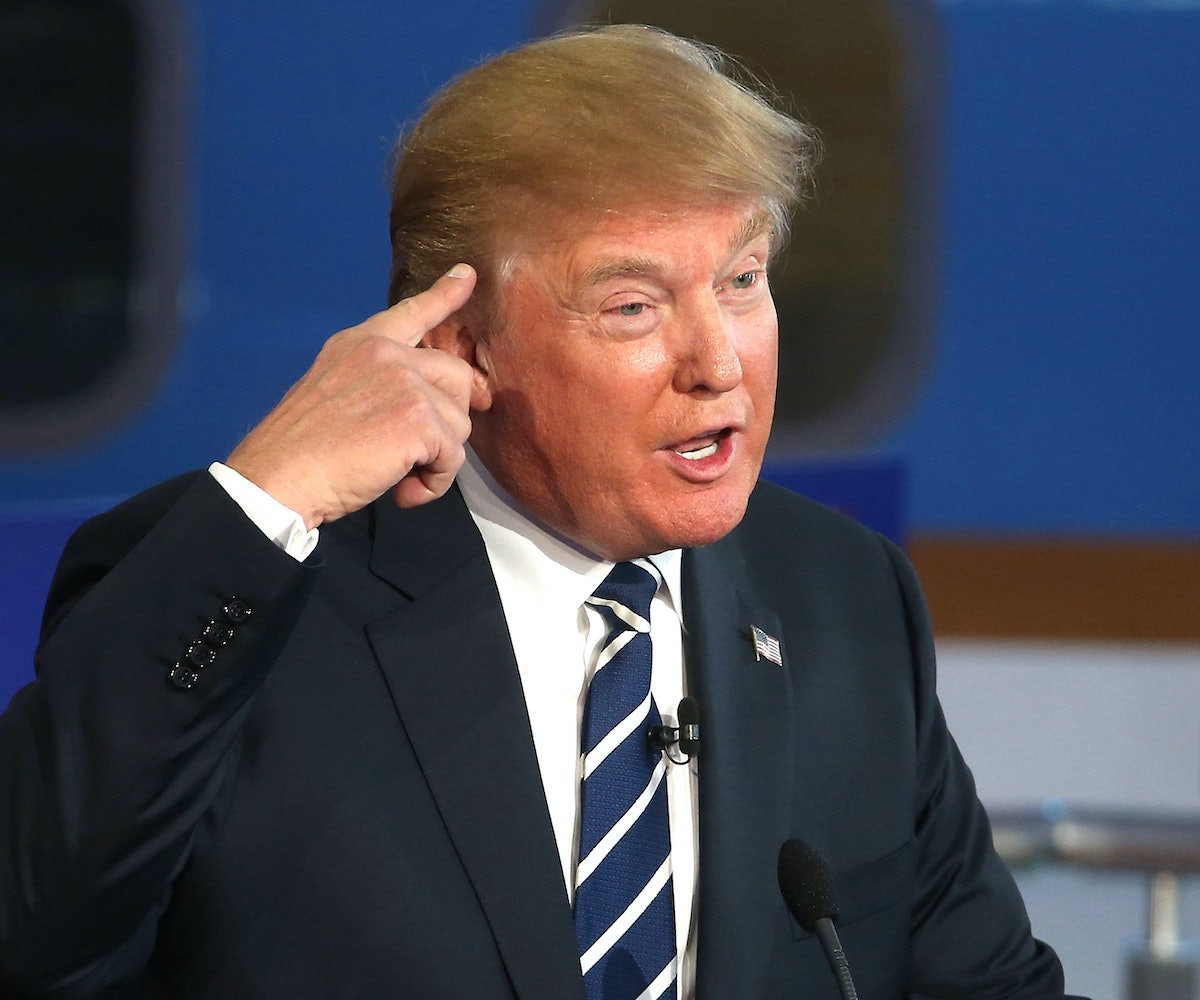 But, hey, at least it all took place in front of that plane from that Harrison Ford film and we’ve got these bonkers-ass quotes to GIF up for you. The Economist only wishes it could do this.

Click forward to see them in all their glory.

Former Governor Mike Huckabee: “I know that there are some in the Wall-Street-to-Washington axis of power who speak of all of us contemptuously. But I'm here to say that I think we are, in fact, the A-team. We have some remarkable people, and, in fact, not only are we the A-team; we even have our own Mr. T, who doesn't mind saying about others, ‘you're a fool.’”

Governor John Kasich: “Listen, you know, I…if I were sitting at home and watching this thing back-and-forth, I would be inclined to turn it off.”

Governor Chris Christie: “Let’s ask Hillary Clinton. She believes in the systematic murder of children in the womb to preserve their body parts…”

Host Jake Tapper: “In an interview last week in Rolling Stone magazine, Donald Trump said the following about you. Quote, ‘Look at that face. Would anyone vote for that? Can you imagine that, the face of our next president?’ Mr. Trump later said he was talking about your persona, not your appearance. Please feel free to respond what you think about his persona."

Former Governor Jeb Bush: “You know what? As it relates to my brother, there's one thing I know for sure. He kept us safe.”

Dr. Ben Carson: “Well, recognize that, you know, President George W. Bush is a great friend of ours, and we spent many wonderful days at the White House. I haven't been there in the last seven years. I probably have to have a food-tester."

Senator Marco Rubio: “We are not going to make America a harder place to create jobs in order to pursue policies that will do absolutely nothing, nothing to change our climate, to change our weather, because America is a lot of things, the greatest country in the world, absolutely. But America is not a planet."

Trump: “I am totally in favor of vaccines. But I want smaller doses over a longer period of time. Because you take a baby in—and I've seen it—and I've seen it, and I had my children taken care of over a long period of time, over a two- or three-year period of time. Same exact amount, but you take this little beautiful baby, and you pump—I mean, it looks just like it's meant for a horse, not for a child, and we've had so many instances, people that work for me. Just the other day, two years old, two and a half years old, a child, a beautiful child went to have the vaccine, and came back, and a week later got a tremendous fever, got very, very sick, now is autistic. I only say it's not—I‘m in favor of vaccines, do them over a longer period of time, same amount."

Tapper: “Earlier this year, the Treasury Department announced that a woman will appear on the $10 bill. What woman would you like to see on the $10 bill?”

Huckabee: “That's an easy one. I'd put my wife on there. I've been married to her 41 years. She's fought cancer and lived through it. She's raised three kids, five great grandkids, and she's put up with me. I mean, who else could possibly be on that money other than my wife? And that way, she could spend her own money with her face.”

Trump: “Well, because she's been sitting for three hours, I think my daughter, Ivanka, who's right here.”

Bush: “I would go with Ronald Reagan's partner, Margaret Thatcher. Probably illegal, but what the heck?”

Tapper: “What would you want…your Secret Service codename to be?”

Tapper: “That's a mouthful, but okay.”