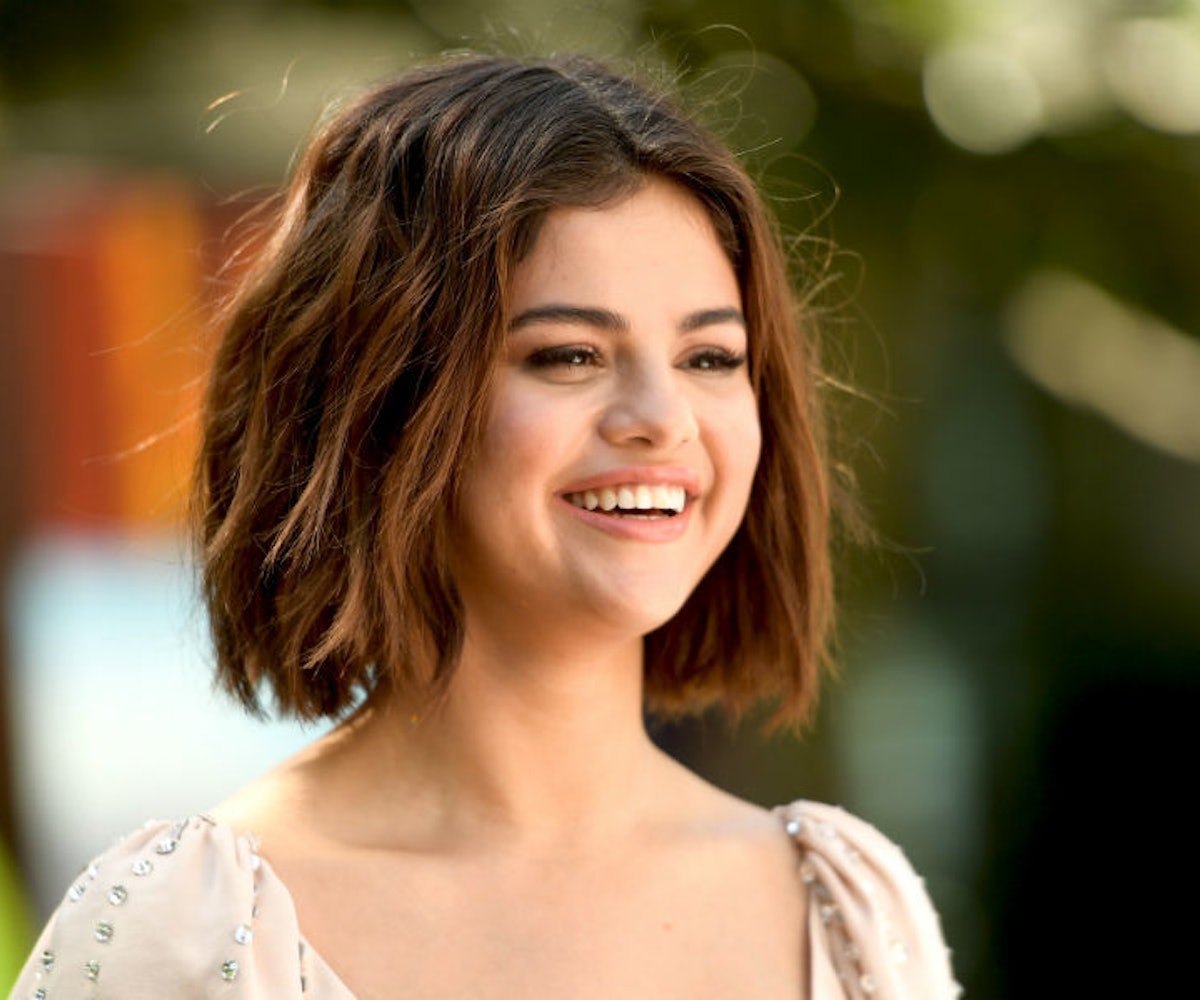 Selena Gomez has finally released her first new song of 2018, "Back To You," which appears on the 13 Reasons Why Season 2 soundtrack.

The singer debuted the track on Zane Lowe's Beats 1 radio today. She revealed that, while the first song she made for Season 1 (“Only You”) was very much for the show, this one is a little more personal. “I want it to be a beautiful message in a really complicated way but really fun,” she said, referring to the song as her “special project.”

Who this special project is about is naturally the question of the day. Gomez and Justin Bieber have reportedly broken up (yes, again), but the lyrics seem to suggest that might not be the case for much longer. “I wanna hold you when I’m not supposed to,” she sings on the song. “When I’m lying close to someone else/ You’re stuck in my head and I can’t get you out of it.”

While on the show, Gomez also discussed the criticism surrounding the first season of 13 Reasons. She defended it, stating:

I've always viewed things as comfort is the enemy of progress. So I think when something makes that sort of noise, it’s either two reasons. It's either so foul or it's amazing. And I think that's when you get people to wake up. I don't do it to glorify anything. This is what happens and I'm sorry if you can't… this is real life and I've had numerous parents and kids come up to me. How it's just opened the door for healthy communication and that's all you want. You know, we're not going to end these certain things or try to break through it unless we take those risks.

The second season will be available to stream on Netflix May 18. Watch the trailer, here. Listen to “Back To You,” below.