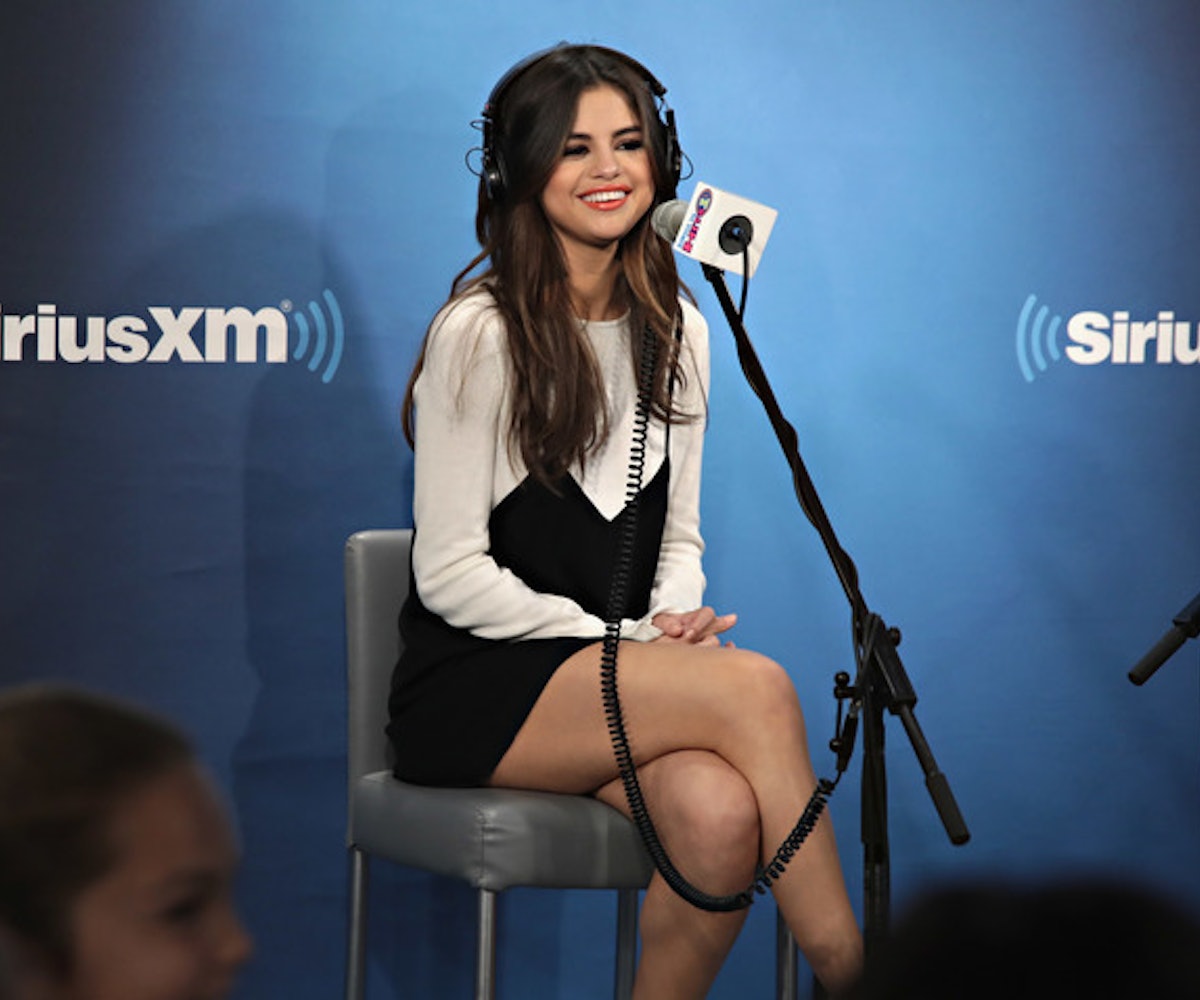 One of the main complaints towards social media is how contrived it can be—users can cultivate personas and lifestyles that don't exactly adhere to reality and project a false ideal (Ingrid Goes West, anyone?). Perhaps this is why Selena Gomez, who has always promoted vulnerability and honesty with her fans, even on her social media accounts, is the first woman to reach 100 million followers on Instagram, earning the title of "The Tastemaker" for Time Magazine's "Firsts" project.

It's easy to see how Gomez's accessibility and relatability attracts legions of fans and followers. Despite the difficulties and discouragements that come with being in the spotlight like negative comments and male journalists mistaking friendliness for flirting, Gomez remains a positive and motivational figure for her young fans. In the Firsts Issue of the magazine Gomez shared why she believes it's important to remain genuine on a small screen and how she does it.

"I am glad I grew up in the time that I did. I think it’s really hard to be a kid now, especially with social media. I can’t imagine what it would be like to grow up with that. It’s already difficult to get up every day and just feel good about yourself without seeing the highlights of everyone else’s life. That’s why I like being vulnerable with my fans on social media. I like that they’ve seen my mistakes. I try to use that as a way to connect with them. That’s all I can do. I hope that they know that strength doesn’t mean that you have to put on a facade. Strength is being vulnerable."

Gomez currently has a lot going for her—she has recently released a commercially successful album, is happily dating The Weeknd, and has several projects in the works, one of which is an upcoming Woody Allen film. The details of the movie remain carefully shrouded, but she will be appearing in good company, with names like Elle Fanning and Timothée Chalamet.

NEXT UP
Entertainment
Hailey Bieber Says "It's All Love" Between Her And Selena Gomez
Life
Get To Know Libra, The Social Butterfly Of The Zodiac
Entertainment
Megan Thee Stallion Made A Website Full Of Mental Health Resources
Life
Read An Exclusive Excerpt From I’ve Had To Think Up A Way To Survive: On Trauma, Persistence, and Dolly Parton