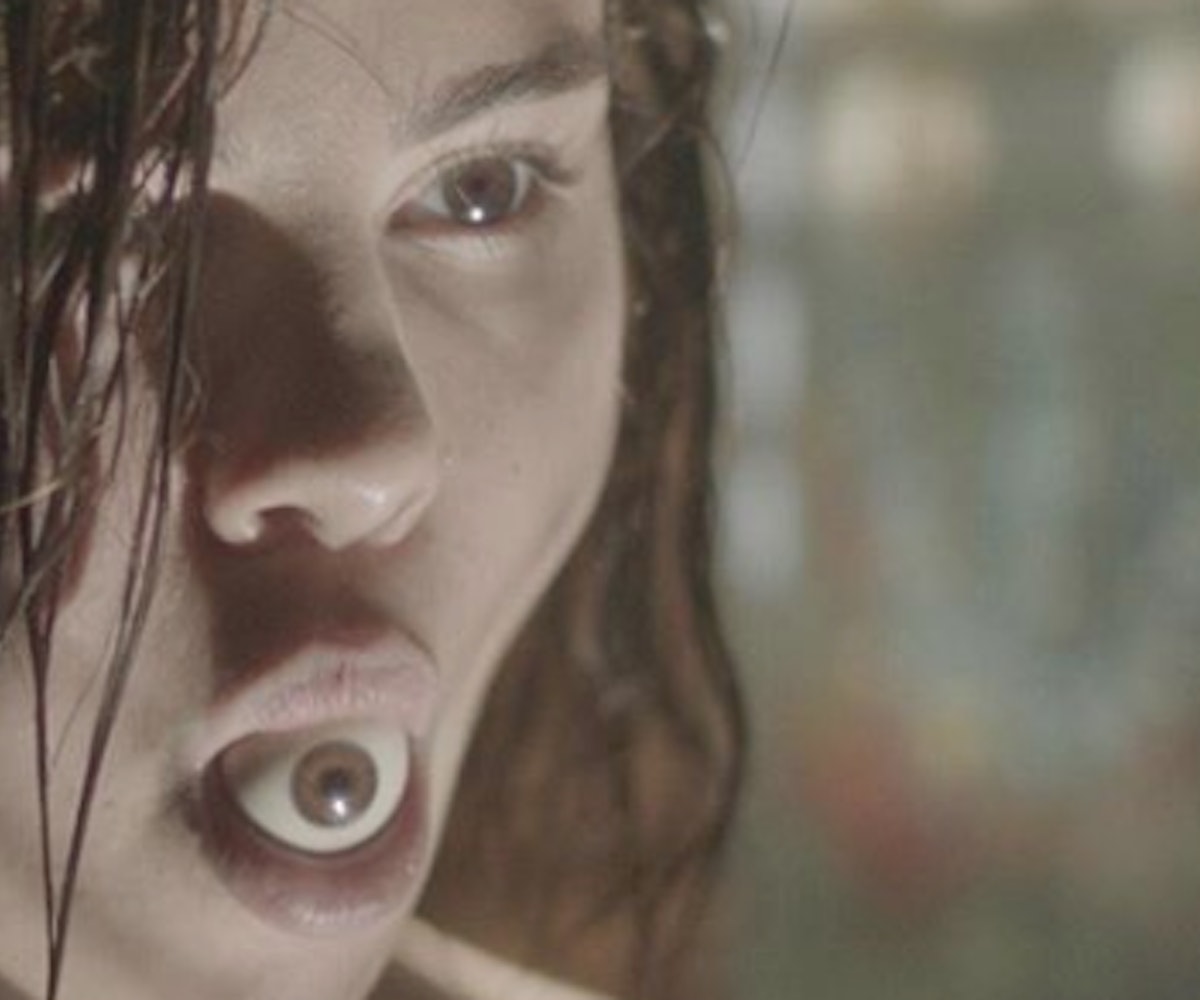 The creepy visual sees Gomez in colored contacts, sucking on an eyeball and playing with a distorted mask of a human face in the bathtub. And, according to Collins, this is just a first taste. The entire film will soon be launching on Instagram's new long-form video platform, IGTV.

However, the peeks that Collins shared have already riled up some traditionalist Gomez fans, who asked where "old Selena" had gone and begged the singer to stop working with Collins.

As some Collins defenders pointed out, though, Gomez was pretty eager to do a project like this. Last year, Collins told Vanity Fair that she and Gomez were planning on making a horror film. “I love The Exorcist and the things that come from inside you, the things that are a little more subtle, and things that you deal with from inwards, and I feel like it’s something Selena and I both love talking about," she said at the time. "That topic is sort of dear to us.”

Not only that, but many Gomez fans were also quick to point out that Gomez is free to experiment and evolve as an autonomous artist. Plus, IMO, the visual is pretty cool, so maybe just let her collaborate and create with... whomever she wants?

Decide for yourself by checking out Collins' teaser video and imagery below.