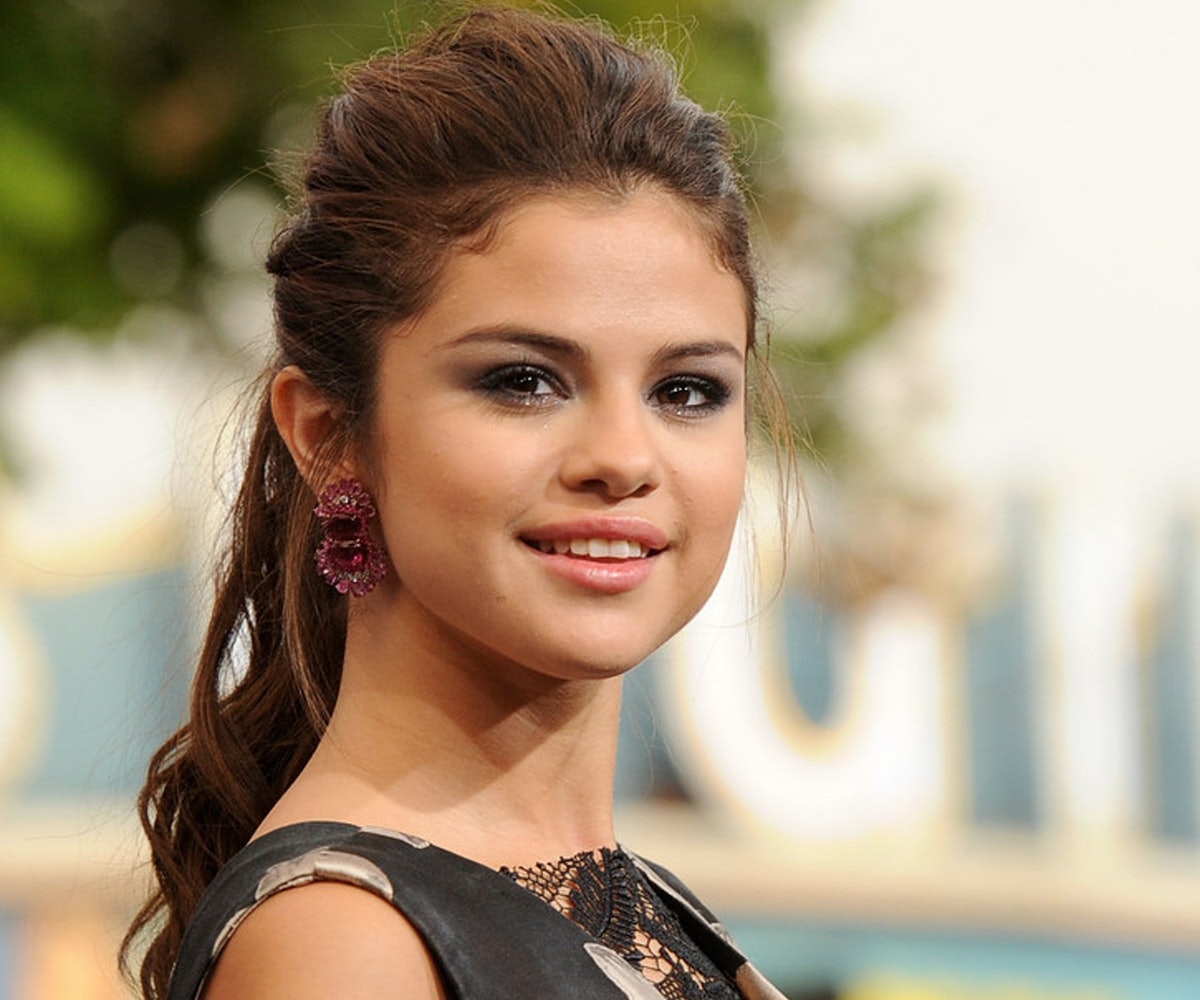 When Selena Gomez stepped out onto the red carpet this week at the LA premiere of her new flick Getaway, basically everything about her outfit was perfect. Her Vera Wang dress (fresh off the fall '13 runways, natch). Her metallic smokey eye. But most of all, her tousled high ponytail.

According to the actress's hairstylist Richard Collins (also the mastermind behindVanessa Hudgens' milkmaid braids), putting the star's hair up was a no-brainer. "There was a lot going on with the dress and rather than pulling the attention away from it, we decided to create a look that would let the dress speak for itself while at the same time calling attention to the sexiness of her hair," he explains. "We were inspired by the Kate Beckinsale ponytail that Kate wears so well."

Kate Beckinsale wears it well, but if you ask us, Selena Gomez gives her a serious run for her money. See Collins's step-by-step guide below.

LIFT IT: "We loved the idea of sexy and messy as opposed to sleek, so we kept the top of her hair and her hairline on the 'messier' side. I gathered the hair and fastened the pony tail several inches above the nape of the neck, and keeping with the 'messy' look, I kept the hair looser as I pulled it back to fasten the ponytail."

WRAP IT: "To complete the look, I wrapped some of her hair around the hair tie to conceal the band and fastened it with pins under the ponytail. "