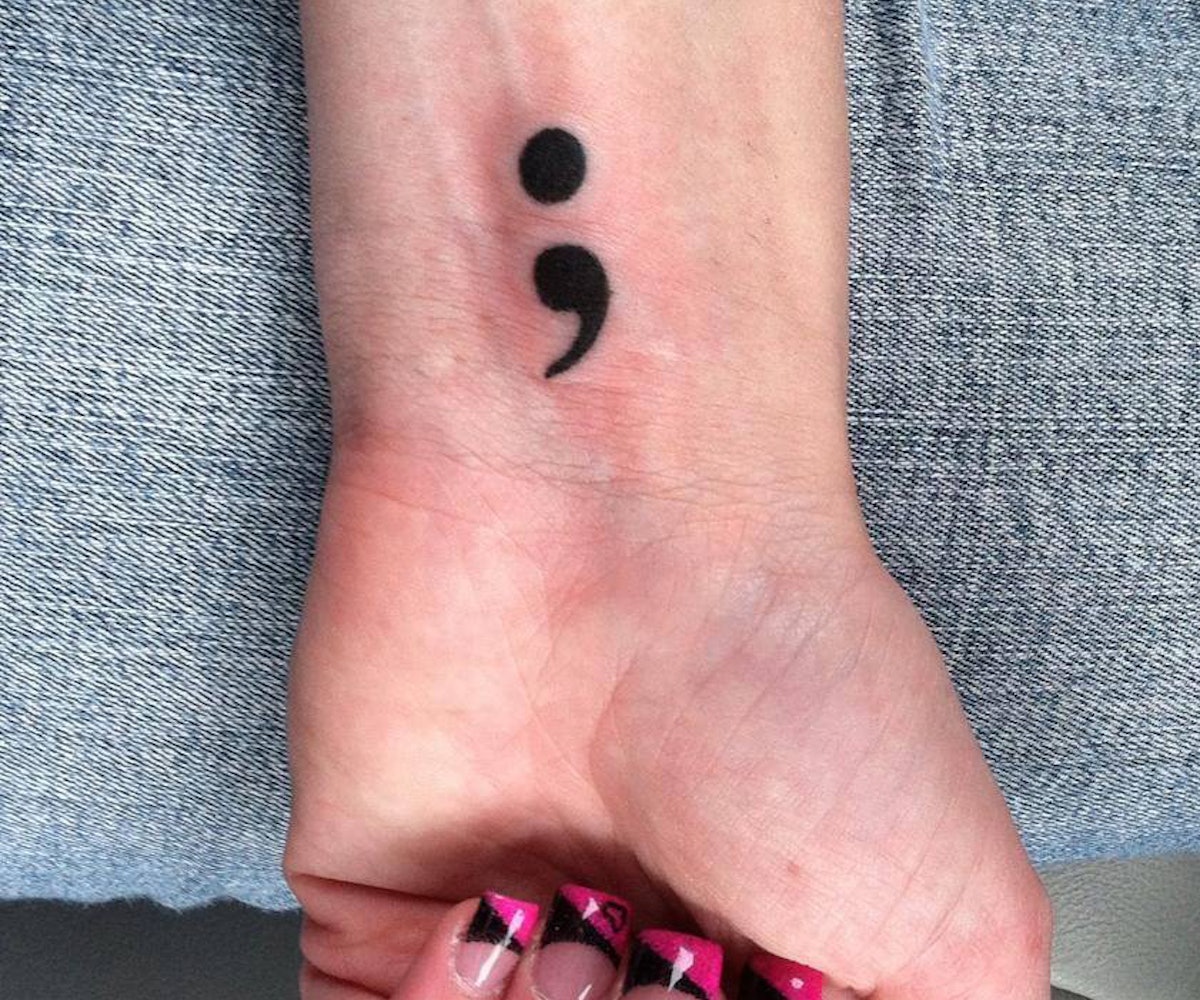 More and more people get semicolon tattoos every day, but it's not just because they're obsessed with grammar. The semicolon tattoo has become viral trend—one with a meaningful purpose.

The idea began and spread across social media in 2013 with Project Semicolon, describing itself as a “faith-based movement dedicated to presenting hope and love for those who are struggling with depression, suicide, addiction, and self-injury.” The project utilizes the semicolon as its symbol because, in a grammatical sense, the semicolon allows for an author to continue their sentence, not end it. As they so eloquently state, "Your story isn't over yet."

The project—which stands for encouragement, love, and inspiration—started out with supporters of the cause simply drawing the semicolon onto their body. Inspired by Project Semicolon, The Semicolon Tattoo Project formed and it turned this symbol of support into something more permanent. Jenn Brown, of The Semicolon Tattoo Project, told Upworthy, “[The tattoo] is a conversation starter. People ask what it is and we get to tell them the purpose.” The project encourages supporters to take on these conversation starters and hopefully help minimize the stigma surrounding mental illnesss by hosting fundraising events where supporters can get permanent semicolon tattoos or temporary tattoos. You can sign up for these events on their Facebook page.