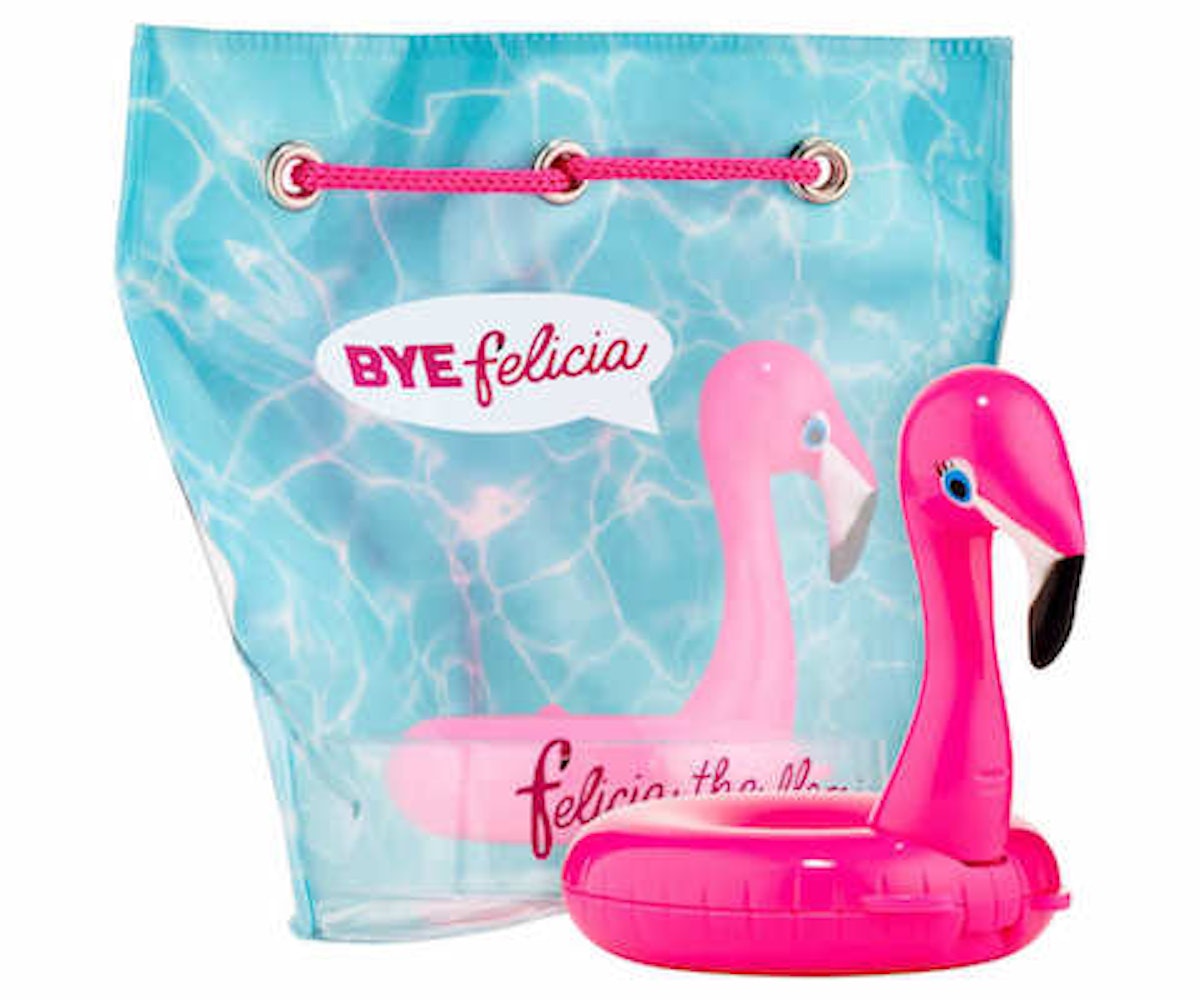 Heavy lipstick and goopy gloss are the worst when it's hot and humid AF outside, which makes a tinted balm pretty much essential from June to August. Packaged in an (admittedly adorable) pink flamingo pool floatie-shaped container, the pink-tinted, strawberry-scented balm will go for $10, hitting on the nostalgia factor and harkening back to the flavored Lip Smackers of our youth. But it also calls up nostalgia in a confusing way... it's called "Bye, Felicia?" So, nostalgic childhood lip gloss meets (appropriative?) meme from four years ago meets a movie from 22 years ago?

The meme, after all, comes from 1995 film Friday in a scene where Ice Cube dismisses a woman with a terse "Bye, Felisha" after she asks his friend to borrow his car and then for a joint when he refuses. Thanks to the magic of the internet, this tiny clip has now become a favorite way to dismiss people in comments sections, and Felisha has morphed into Felicia, though many have criticized how its use has also morphed into, in many ways, realms of appropriation and whitewashing.

It doesn't seem like political is what the creators of this lip balm were going for, but hey—never hurts to check your privilege everywhere. Alex Fogelson, Taste Beauty's managing partner, said they wanted to "collaborate in a really fun, pop-culture-inspired fun and young item," so it looks like they ticked off all of those boxes even if they don't all go together. Maybe we're thinking too hard about it? Or maybe it's Sephora and Taste Beauty who should think harder.

(Via The Cut and PR Newswire)