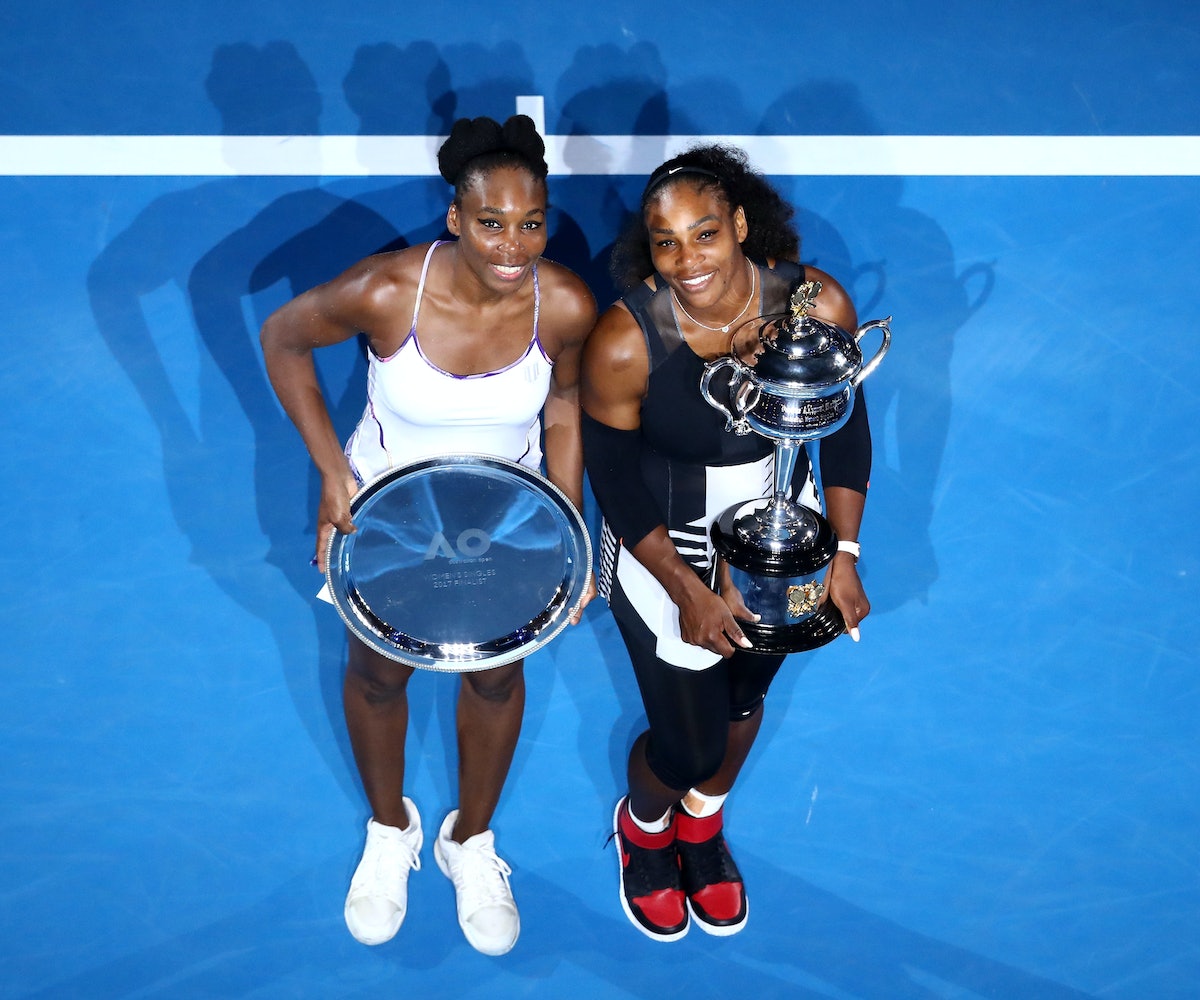 Many siblings spend their lives engaged in competition with each other, but most not quite as literally as sisters Serena and Venus Williams. Now, Serena has overtaken Venus in the Australian Open, making Serena the GOAT of women's tennis in the Open era, passing Steffi Graf's record of 22 Grand Slam titles. Despite the fierce rivalry, the sisters showed each other nothing but love following the game. The final score was 6-4 6-4; the two hadn't faced each other in this setting since 2003, with Serena emerging as the victor back then as well.

“Thank you Venus for inspiring me to be the best player that I can be.” Well done @serenawilliams on your 23rd Grand Slam title #AusOpen pic.twitter.com/LPtr9G52B0 — #AusOpen (@AustralianOpen) January 28, 2017

"There's no way I could be at 23 without her," Serena said following the game. "Thank you Venus for inspiring me to be the best player I can be."

"Serena Williams. That's my little sister, guys," Venus added. "Your win has always been my win."

Earning her 23rd Grand Slam singles title also puts her only one win away from Margaret Court's all-time record. Even Court isn't mad about it, saying this week in Melbourne, “Good on her if she’s good enough to do it.”

“It definitely makes it uncomfortable,” Serena had said before this latest final. “But after everything that Venus has been through with her illness and stuff, I just can’t help but feel like it’s a win-win situation for me. I was there for the whole time. We lived together. I know what she went through.”

All this sweetness is lovely, but honestly, we kind of miss stank-attitude Serena: