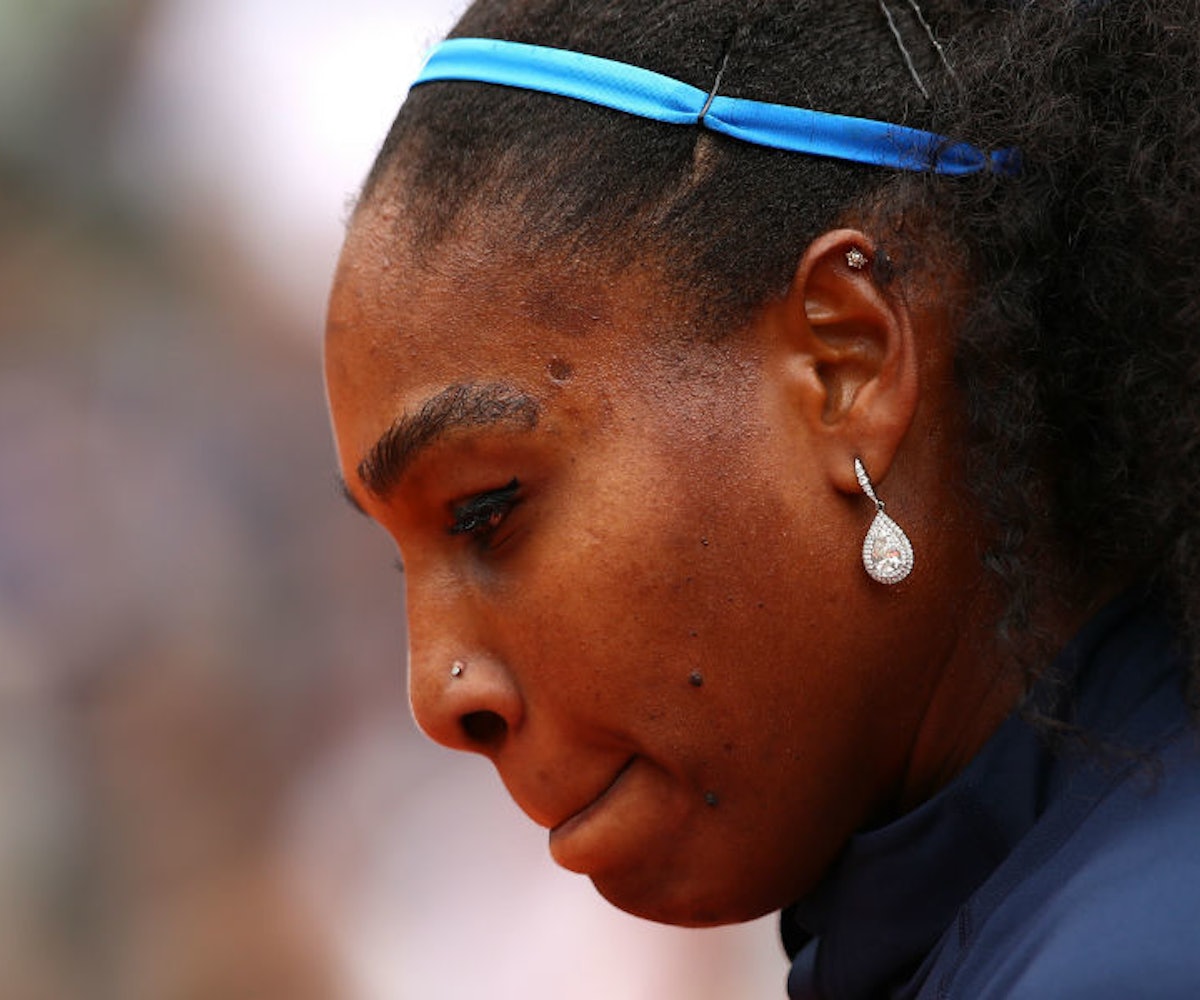 Serena Williams and her beautiful baby girl, Alexis Olympia Ohanian Jr., look regal on the February issue of Vogue (the four-month-old is the magazine’s youngest cover star). The accompanying article spans numerous topics, like the decisions that went into Williams and her now-husband Alexis Ohanian’s wedding day and her goal of winning 25 Grand Slams. In between the joy, though, were a couple of somber moments, like the worries Williams held about becoming a mother and the complications that came with her birth.

Alexis Olympia was born by way of an emergency C-section. The surgery went well, the article lays out, but, afterward, “everything went bad,” Williams shares. Serena has a history of dealing with blood clots (as do a number of black men and women), and, while recovering in the hospital, she started to feel short of breath. Knowing her body—and her history with the condition—she told the nurse that she needed a CT scan and a blood thinner. Assuming the star was discombobulated from surgery, the nurse dismissed her demands and performed an ultrasound instead. “I was like, a Doppler? I told you, I need a CT scan and a heparin drip,” she told the medical team. They eventually listened, sending her for a CT scan and, sure enough, found blood clots in her lungs. “I was like, listen to Dr. Williams!” she said.

Afterward, the tennis star dealt with many other complications and ended up spending the first six weeks of motherhood bedridden. She’s better now, but the situation she faced, though scary, isn’t uncommon—especially for black women who experience disproportionately high rates of maternal mortality.

According to the CDC, black mothers die at three to four times the rate of white mothers. As a recent NPR article explains: “Put another way, a black woman is 22 percent more likely to die from heart disease than a white woman, 71 percent more likely to perish from cervical cancer, but 243 percent more likely to die from pregnancy- or childbirth-related causes.” As the piece outlines, “the problem isn’t race but racism,” and medicine has a storied history of discrimination. Along with many other factors, doctors frequently don’t take the pain of black women seriously. If Williams hadn’t been as familiar with her medical history as she was, demanded that the doctors listen to her, and, well, be Serena Williams, who knows what the outcome would’ve been. It’s a widespread issue that, as we see, can impact even one of the greatest athletes of all time.

With that said, Williams made it through, and that's deserving of celebration. So, we’ll let her dance us out.