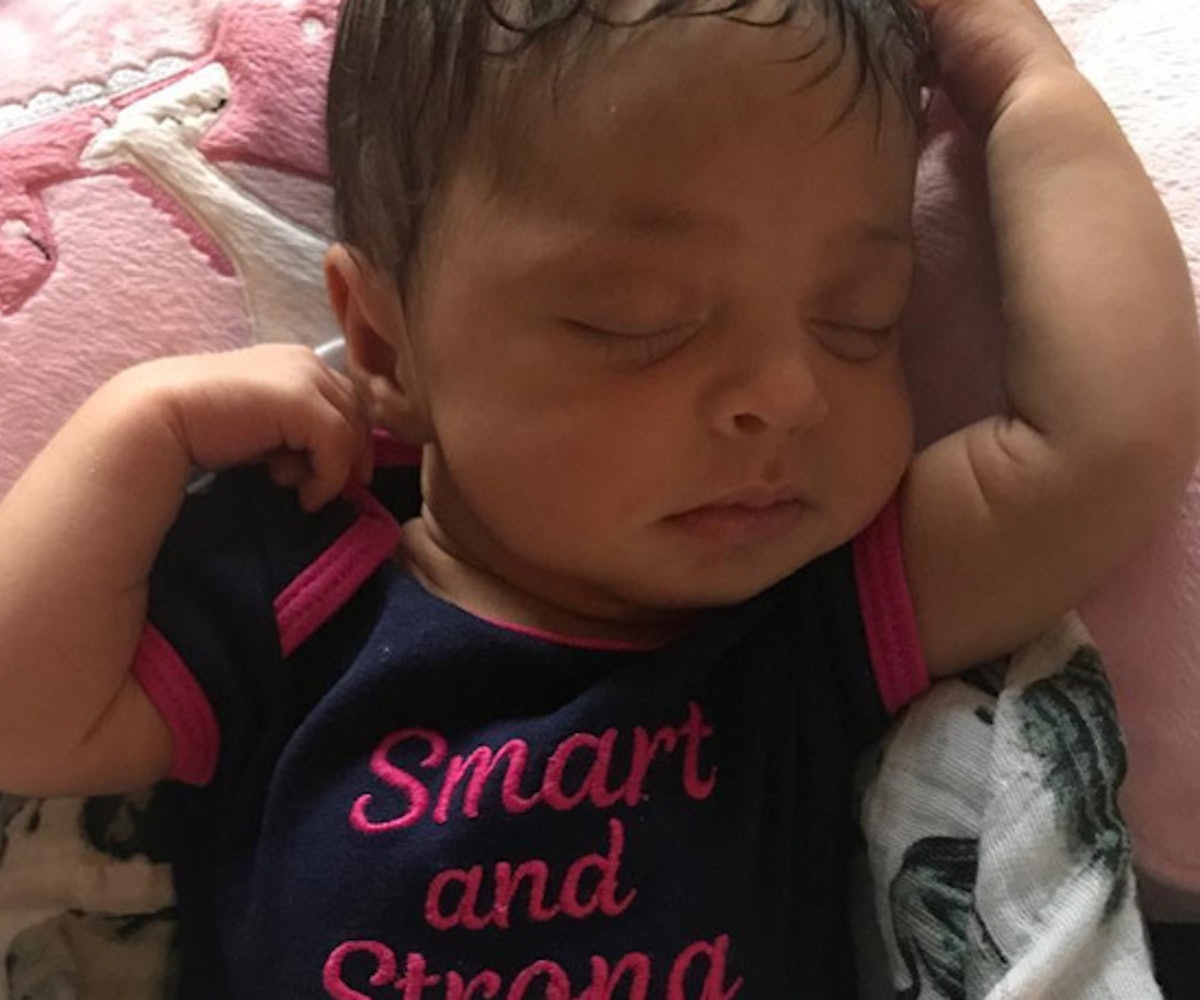 Serena Williams made 2017 worth living earlier this week when she posted a heartwarming pregnancy video, documenting the months before giving birth to her and fiancé Reddit cofounder Alex Ohanian's daughter, Alexis Olympia Ohanian Jr. Then she wasted no time setting little Alexis up with her own Instagram account. The youngest Grand Slam winner in existence already has nearly 40,000 followers.

And we can see why. She's so. Freaking. Cute.

In Alexis's latest post, she's wearing a onesie that reads, “Smart and Strong like my Mama”—which is saying a lot.

Williams shared her entire journey with her followers, from the moment they found out they were expecting to winning the Australian Open while eight weeks pregnant. She and Ohanian make fun of each other in the home video and it's the sweetest, most adorable few minutes of this entire nightmare year.

After the birth of Beyoncé and Jay-Z's twins, Sir and Rumi, it's been a big year for babies that I'd definitely switch lives with if given the chance.