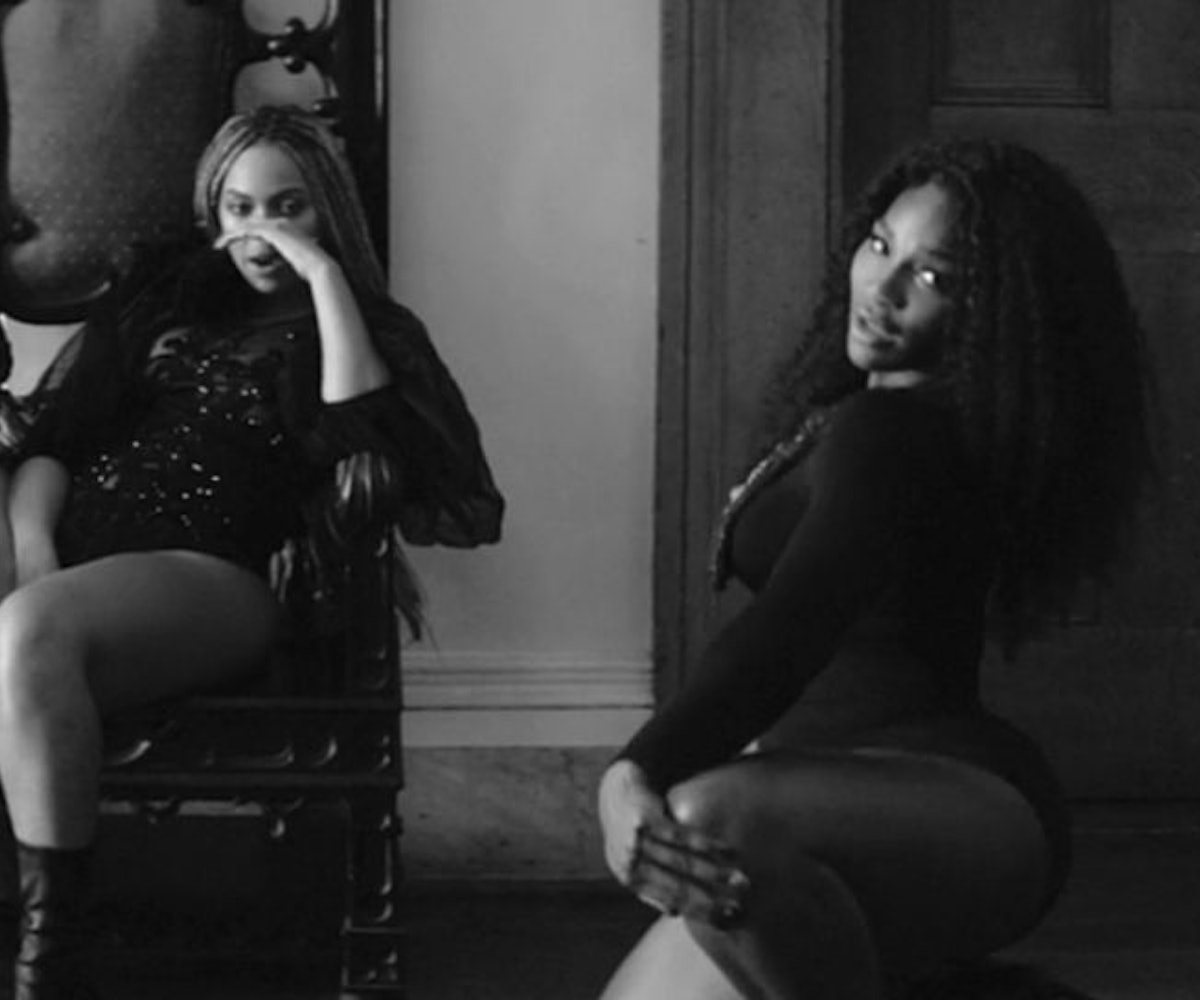 Beyoncé's visual album Lemonade was packed with cameos from strong African American women, but none left a greater impact than Serena Williams. The tennis star expertly twerked her way through "Sorry," which has emerged as Lemonade's breakout hit.

In a new interview with The New York Times, Williams revealed how that cameo came to fruition. "I have known the director since I was like nine years old," she said. "I know Beyoncé pretty well, so they were like, we would love for you to be in this particular song. It's about strength and it's about courage and that's what we see you as."

Williams, who's known for her steely precision on the tennis court, also discussed what it felt like to dance alongside Queen Bey. "She told me that she just wants me to dance, like just be really free and just dance like nobody's looking and go all out," Williams explained. "So that wasn't easy in the beginning, but then it got easier...I thought that particular song on the visual album was really a strong song, and it was also really fun at the same time."

Williams has won 21 career Grand Slams, and is en route to becoming the most dominant tennis players ever. Make that 22.