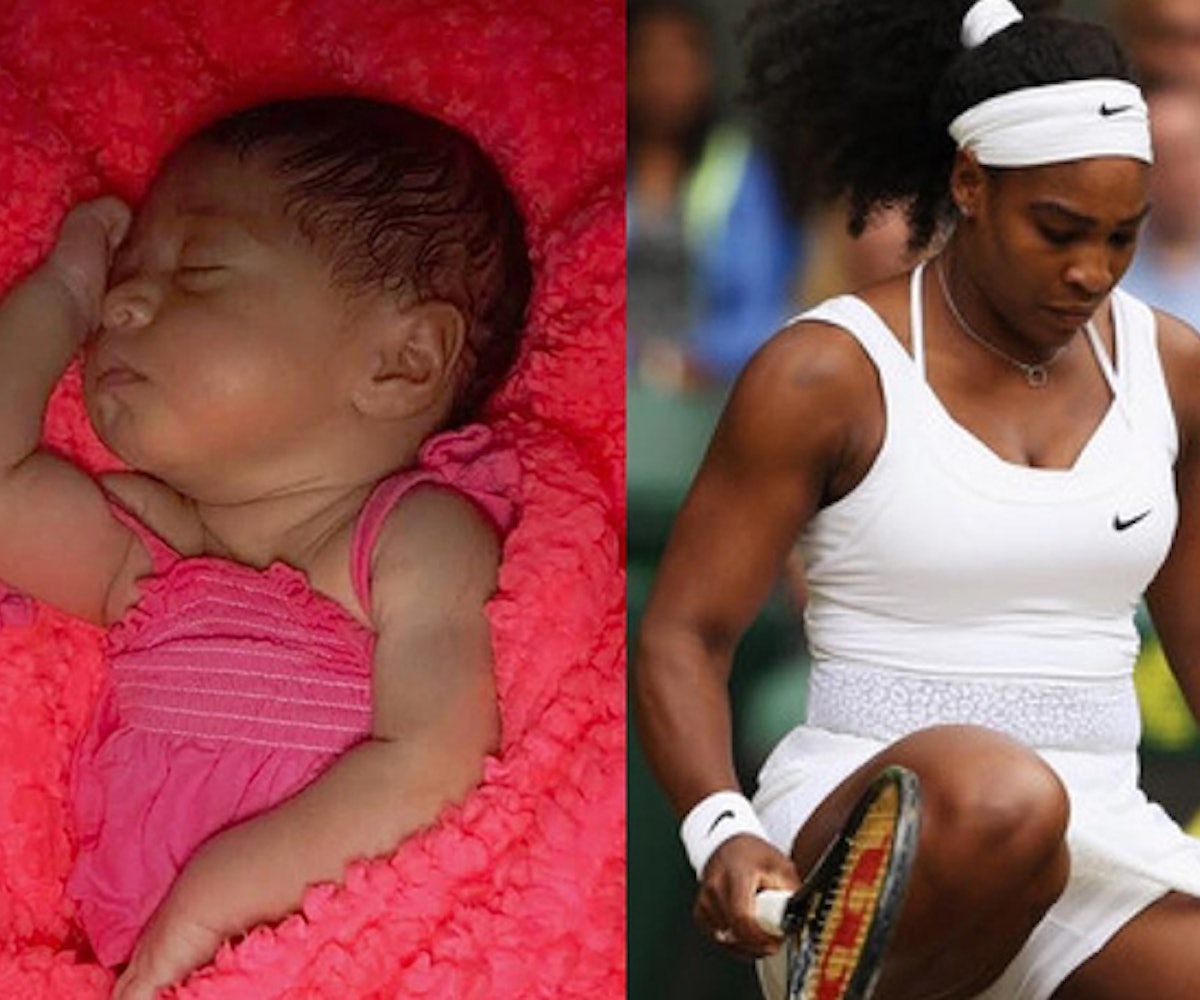 Serena Williams posted an emotional open letter to her mom about all the people who've body shamed and ridiculed her for her size and strength over the years. "I was looking at my daughter and she has my arms and legs!" Williams wrote on Reddit, the website co-founded by her fiancé Alexis Ohanian. "My exact same strong, muscular, powerful, sensational arms and body. I don't know how I would react if she has to go through what I've gone through since I was a 15 years old and even to this day."

Williams, who recently gave birth to a baby girl with Ohanian, went into detail about the ways in which she's been harassed and criticized throughout her career. "I've been called man because I appeared outwardly strong," she wrote. "It has been said that that I use drugs (No, I have always had far too much integrity to behave dishonestly in order to gain an advantage). It has been said I don't belong in Women's sports, that I belong in Men's, because I look stronger than many other women do. (No, I just work hard and I was born with this badass body and proud of it.)"

She thanked her mom for being "so classy" and not going off "on every single reporter, person, announcer and quite frankly, hater, who was too ignorant to understand the power of a black woman."

On Instagram, the Olympic gold medal winner posted a photo of her on the court next to her newborn daughter, Alexis Olympia.

"I hope to teach my baby Alexis Olympia ... the same fortitude you have had," Serena wrote.

Williams stressed that women should never be pigeonholed or judged because of their shape and size. "We are curvy, strong, muscular, tall, small, just to name a few," she wrote, "and [still] all the same: we are women and proud!"