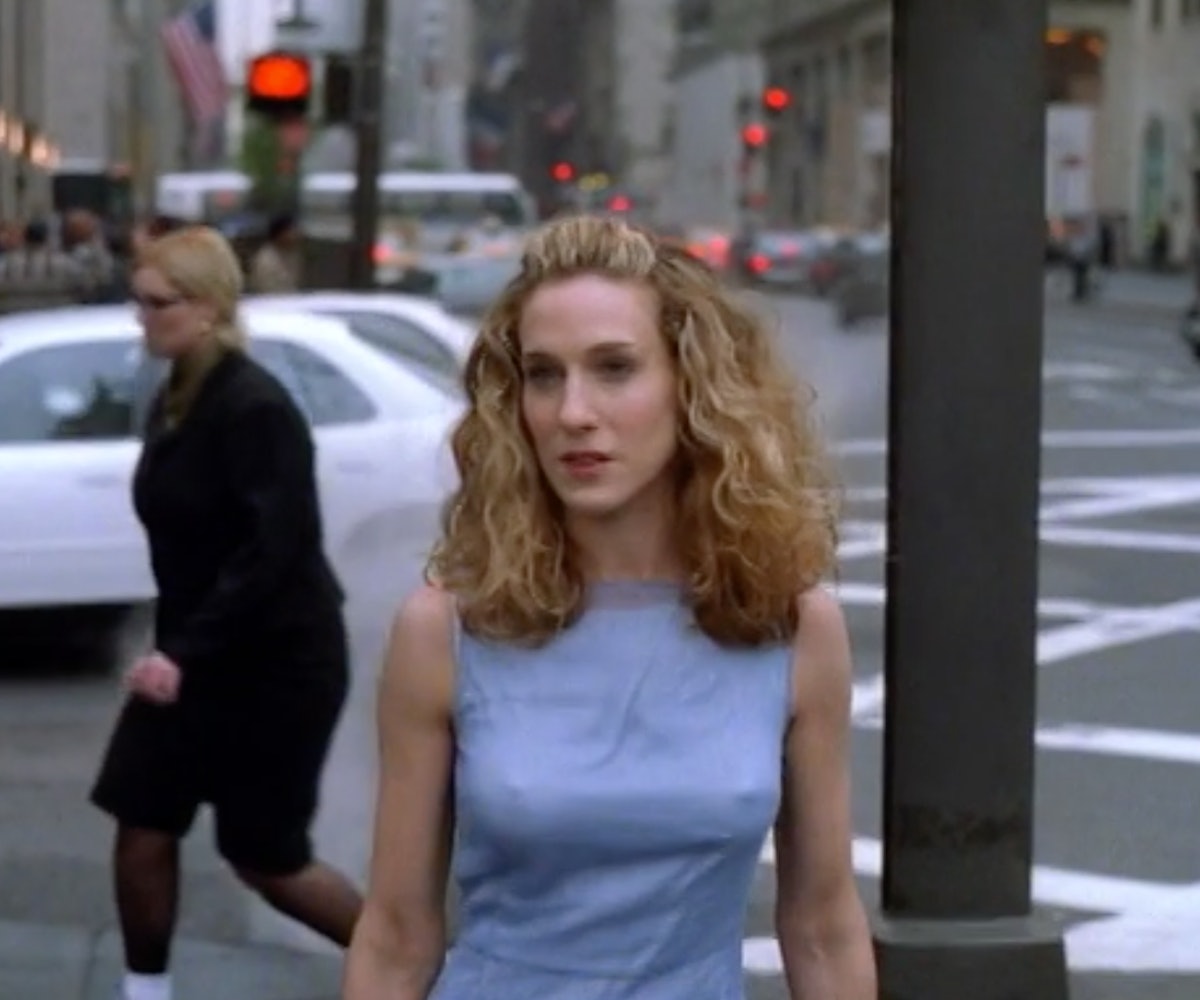 The opening credits of HBO's Sex and the City are iconic. Between the jazz melody, the hustle and bustle of Manhattan, and that baby pink tutu getting splashed by a bus, that is at one point filled with people and then empty at another, it's fodder for television history books. That whole thing, however, almost wasn't a thing at all.

Entertainment Weekly found alternate footage that features Sarah Jessica Parker's Carrie Bradshaw listlessly walking around NYC in a blue dress, tripping when she sees her ad on the bus before smirking at herself and relatable clumsiness. It's... cute, but nowhere near as fun at the one that made the cut. For one, the tutu is synonymous with Carrie; it's our introduction to her off-kilter sense of style. Second, the splash is comic relief. In the original, the world and Carrie simply being in the wrong place at the wrong time is the source of her embarrassment. In this version, Carrie brings the embarrassment on herself. How very not fabulous.