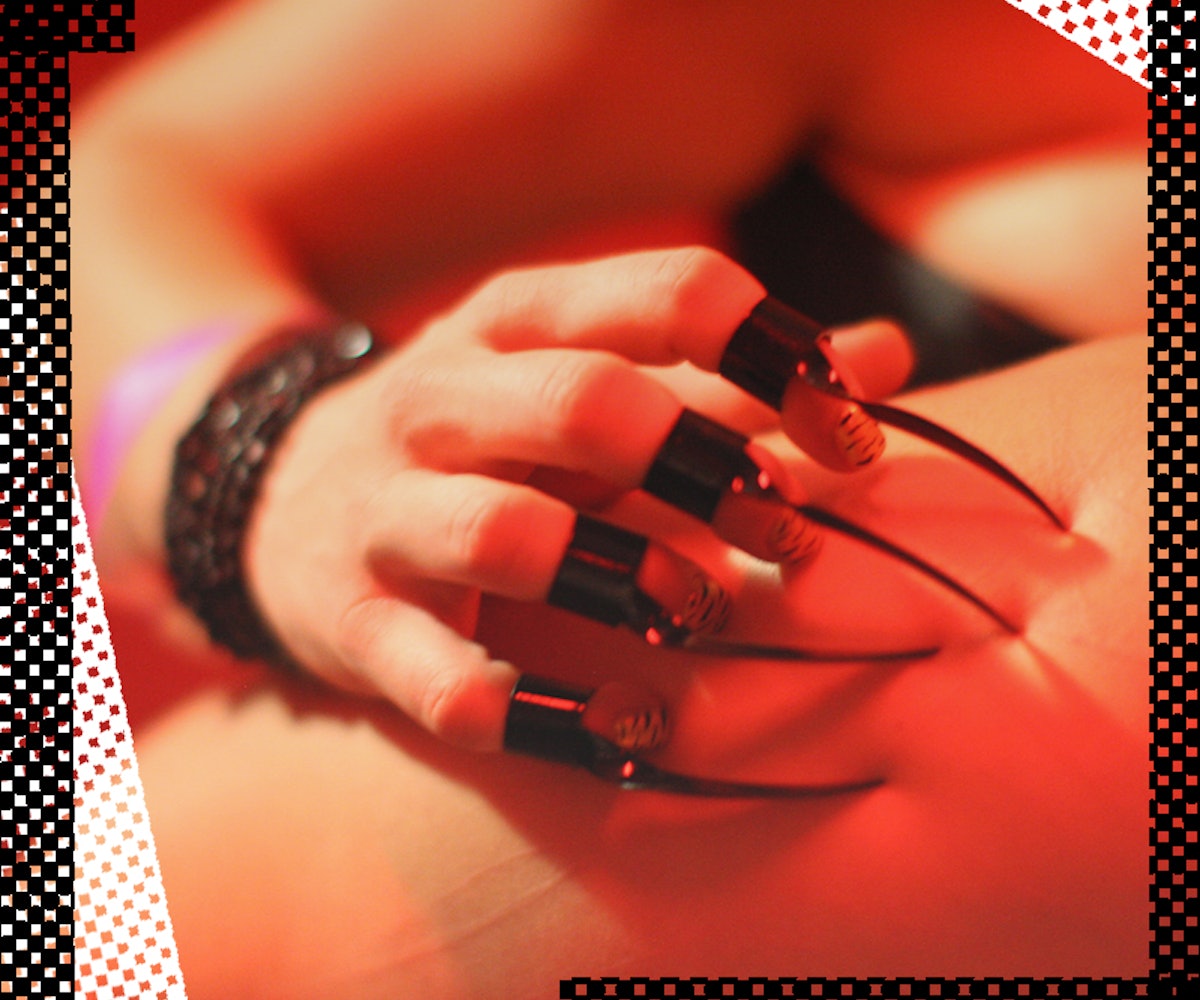 “What is your philosophy on sex?”

Well, as long as it’s enjoyable and consensual, I think it’s pretty awesome. Such are my honest thoughts on the matter. As it’s also an answer molded from sex positivity, it would likely get me into Chemistry, a New York City “Illuminated Eroticism” sex party. The question is one of many on their new member questionnaire, an application you must fill out to attend. Along with information on your relationship status and non-sexual hobbies, the questionnaire also requests a G-rated photo. The fairly common request to attach a photo to a sex party application (I mean, to me, that’s less creepy than when a job application asks for a shot) begs the question rooting around in the insecure dark bits of our brains: Am I hot enough to attend a sex party?

According to Kenny Blunt, the co-founder and executive producer of Chemistry NYC, yes, yes you are. “The only set requirement that we have for members is that they are at least 21 years old,” says Blunt. “Sure, we love members that are physically attractive, but we are even more interested in their personality and outlook on life than their physical looks.” According to Blunt, the only thing that that can get you rejected from attending is the lack of effort—so be prepared to provide a well-thought-out answer on your philosophy on sex.

The Eyes Wide Shut sex party scenario (beautiful bisexual models, older rich businessmen) absolutely exists, although you won’t be finding an application to attend on the Internet for that kind of bash. “There are definitely certain parties that only invite the young and traditionally good-looking,” says Kenneth Play, co-founder of Hacienda Villa, a sex positive living community in Bushwick, Brooklyn, that along with educational workshops (such as etiquette for attending a sex party) hosts smaller sex parties of their own (unlike Chemistry, you won’t find an application online, though).

“There are different types of parties with different expectations,” explains Effy Blue, a relationship coach who found polyamory after swearing off traditional relationships, who teaches a sex party etiquette class. New York City sex positive sex parties, such as Chemistry, Hacienda, and Wonderland, are aiming to change not only beauty biases found in the party scene but create a more inclusive space to get it on in public in general, which differs from how sex parties are typically depicted. “Sex positive [sex parties] are about empowerment, sexual expression, and feminism; they fight against beauty bias,” says Blue. “They give space for people to sexually express [themselves] without worrying about what they look like. All body shapes, all body sizes, different attractiveness—there is a sense of inclusiveness in those parties. They are very body positive, people feel like they can be safe, and they can be sexually expressive without worrying about being teased or sneered at.” In her experience, Chemistry’s request to attach a photo to your questionnaire is simply for identity verification. “What I love about [Wonderland] is they favor weirdos, and they are very friendly with all sexual identities... There was a gay couple having sex in the corner amongst [heterosexual] couples and groups,” says Veronica Noir, a New York City DJ of her experience at Wonderland, adding that she watched an “obese couple” get it on next to a Mila Kunis and Ashton Kutcher look-alike. For the record, the theme of the party she attended was Steampunk Cowboys vs. Diesel Outlaws. After all, sex party organizers love a good costume.

While in 2016 most enlightened communities have figured out that acceptance of different body sizes is a good thing, there’s no way around the superficial fact that many people will unabashedly admit that if they’re going to a sex party, they want to be around traditionally hot people. “It’s portrayed in a negative way to say that you are attracted to attractive people. I think that we shame physical preference,” says Play. While this beauty bias may not be integrated into the entry process, be it done online or via an invite from a friend, it may be inherently built into sex parties simply from the fact that people often invite people they want to fuck. To attend sex parties like Chemistry and Wonderland you don’t need to come as a couple, but at least as a pair, so if you’re single, call your girlfriends. [Or perhaps a friend you’ve been masturbating to.] “If we’re going to be really superficial about this, I think people tend to pick their peers in terms of beauty, but that is just because of how the world is, not because of sex parties themselves,” says Blue, noting that ads for shampoo are just as guilty of a beauty bias than any sex party event page. “There is more of a beauty bias at clubs and bars in Meatpacking District [in New York City] than there are at sex parties,” she added.

As inclusive and worth celebrating as they are for their body positivity, sex parties, of any type, are not for everyone. Seeing a stranger remove a condom under the black light while “Sandstorm” by Darude plays may not be your cup of tea. Even the kinkiest sometimes prefer to keep it in the bedroom. If you are interested in checking out an inclusive sex party, Blue recommends House of Scorpio’s Lip Service event, which is a costumed kissing party of sorts—the first base of the sex party realm. From kissing to kink, what isn’t stressed enough about sex parties is that you don’t have to have sex, or you can only have sex with the person you came with, and the only chains you see will be around a body, not bolting closed the door. “If you don’t like it, just leave,” reminds Blue.