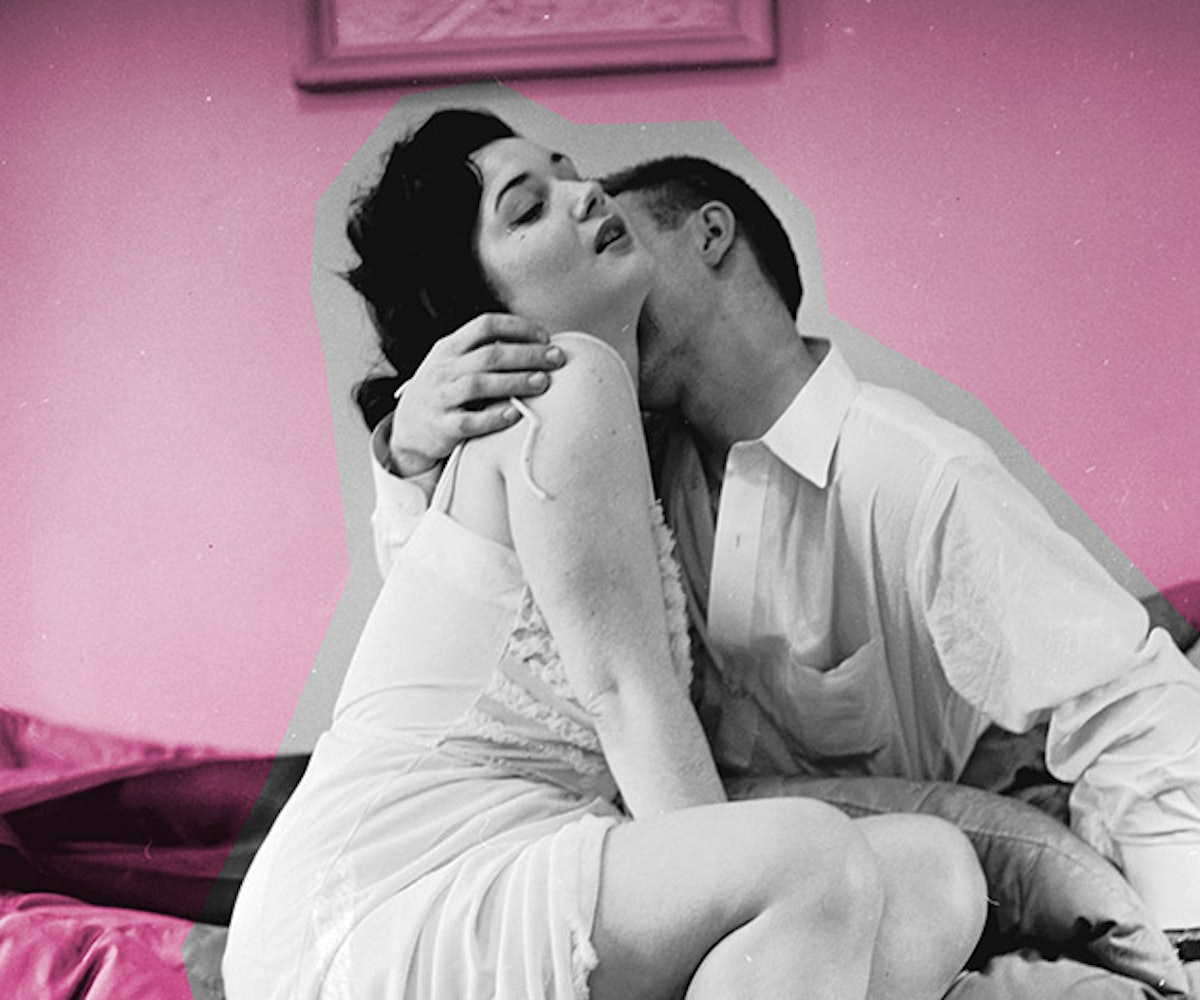 "Why did you make a sex tape?" Kourtney Kardashian asks her sister Kim in 2007 during the premiere episode of Keeping Up with the Kardashians. It's a question that follows most anything, but sex tapes particularly. Why did you film yourself engaged in one of life's more intimate experiences? And considering the extremely digital climate of today's culture, where did your worry about it leaking go?

"People make sex tapes for different reasons," Carolanne Marcantonio, LMSW, a sex therapist in Brooklyn, New York, tells us. "Some tapes are private and just to be viewed by the couple, while others like to share their videos; it depends on what the people who make the videos are into." What makes two (or more!) consenting adults turn the camera on themselves is unique to them, but the taboo surrounding them is, unfortunately, not. Though we're exposed to sex, sexuality, and nudity every day, the shame culture that follows sex still persists. Having a sex tape feels deviant and a little naughty. But, as two individuals with sex tapes of their own tell us, the only shame they felt after turning the camera off was that they didn't look as good as they would have liked to—not that the video itself existed.

We live in "a sex-negative culture,"  Marcantonio says. It's a culture that "condemns and shames certain sex acts and experiences, such as masturbation." This attitude informs the taboo surrounding sex tapes. It makes any sort of kink feel perverse. However, our smartphones and hyper-connectivity have allowed for many to explore their exhibitionist sides and, in turn, brought a new, more tolerant light to kinks. Lauren*, a cisgender heterosexual female who is currently dating the boyfriend she made a sex tape with, tells us that filming themselves having sex was a way to "take sexy iPhone photos up a notch." Joseph*, a cisgender homosexual male, echoes her reason and adds that curiosity ultimately drove him and his boyfriend to make a tape. Marcantonio has found that making sex tapes can also "enhance a relationship." For Joseph, the tape put him and his boyfriend "in a groove that I'm not sure would have been accessible otherwise." For Lauren, it was also a means of connecting with her boyfriend while they were away from one another, "something we could both look at when we were missing each other while we were apart."

The benefit of accessibility our social age allows is also its downfall, as the opportunity for harmful acts is readily available. "If you are going to make a sex tape," Marcantonio says "you have to be okay with uncertainty." She says the moment can sometimes cloud one's ability to weigh the pros, cons, and consequences down the line. "You don’t know what will happen after a bad fight or during a breakup, or if your ex-partners next date will be vindictive and leak the video." As we saw with 2014's massive celebrity nude photo hack, the risk of your private property becoming public is high and anyone can fall victim. Lauren tells us the USPS delivered the package meant to have the USB drive with her sex tape on it to her boyfriend empty. "It was extremely unsettling knowing that our intimate and vulnerable moments could be blasted all over the internet without our approval," she tells us, "but now that several years have passed, our concern has subsided a bit."

*Names have been changed to protect the identities of the individuals.