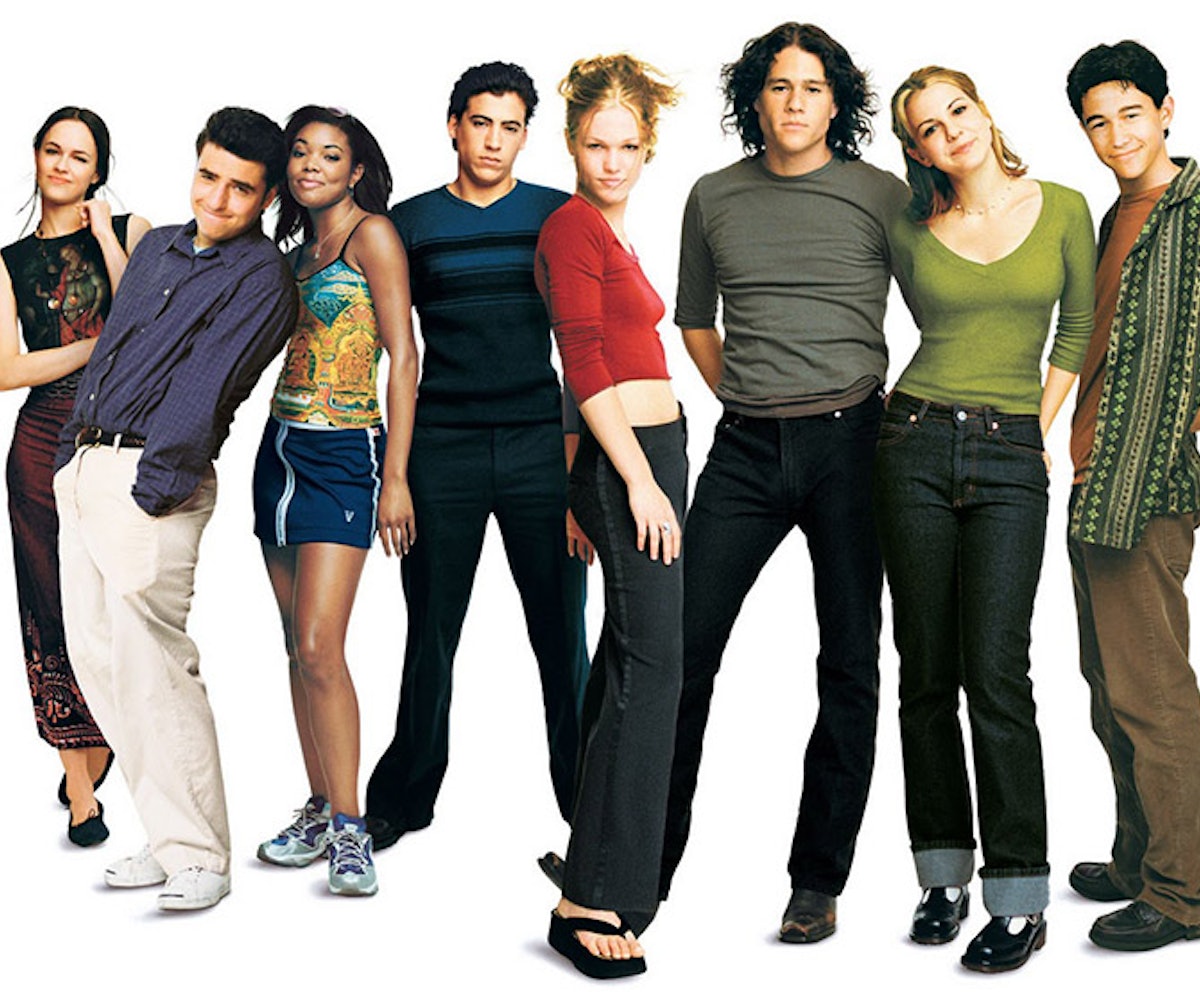 Happy birthday, William Shakespeare! The iconic poet, actor, and playwright turns 450 years old, and we've got just the way to celebrate the Bard's big day. Even better, it's one that doesn't involve digging through your high school English syllabus.

Instead, cancel your plans tonight and click through the best Shakespeare-inspired films here. Featuring everything from the literal interpretations (about a billion versions of Romeo and Juliet) to the abstract retellings (hello, Lion King!), it's the easiest way to get your lit fix and swoon over young Josh Hartnett and Leo DiCaprio, all at the same time.

Shakespeare in Love (1998) is a semi-fictional take on the life of Shakespeare himself during the writing of Romeo and Juliet.

Seminal 2006 flick, She's the Man, is a retelling of 1601's Twelfth Night set on the soccer field and starring Amanda Bynes.

We'd love 1991's My Own Private Idaho starring River Phoenix and Keanu Reeves even if it wasn't based on Henry VI and Henry V.

Try to take your mind off Josh Harnett for two seconds and you'll realize that O from 2001 is a retelling of Othello.

Yes, 1994 animated Disney flick The Lion King is based on Hamlet, even if Disney is hesitant to admit it. Wait, but does that make Pumba Polonius?

West Side Story from 1961 is a New York-version of Romeo and Juliet, with songs, dancing, and a tragic end--though not as death-stricken as the original play.

And finally, 1998's 10 Things I Hate About You is, perhaps, the best retelling of The Taming of the Shrew ever. Yes, ever. Because nothing is better than watching Heath Ledger dance.