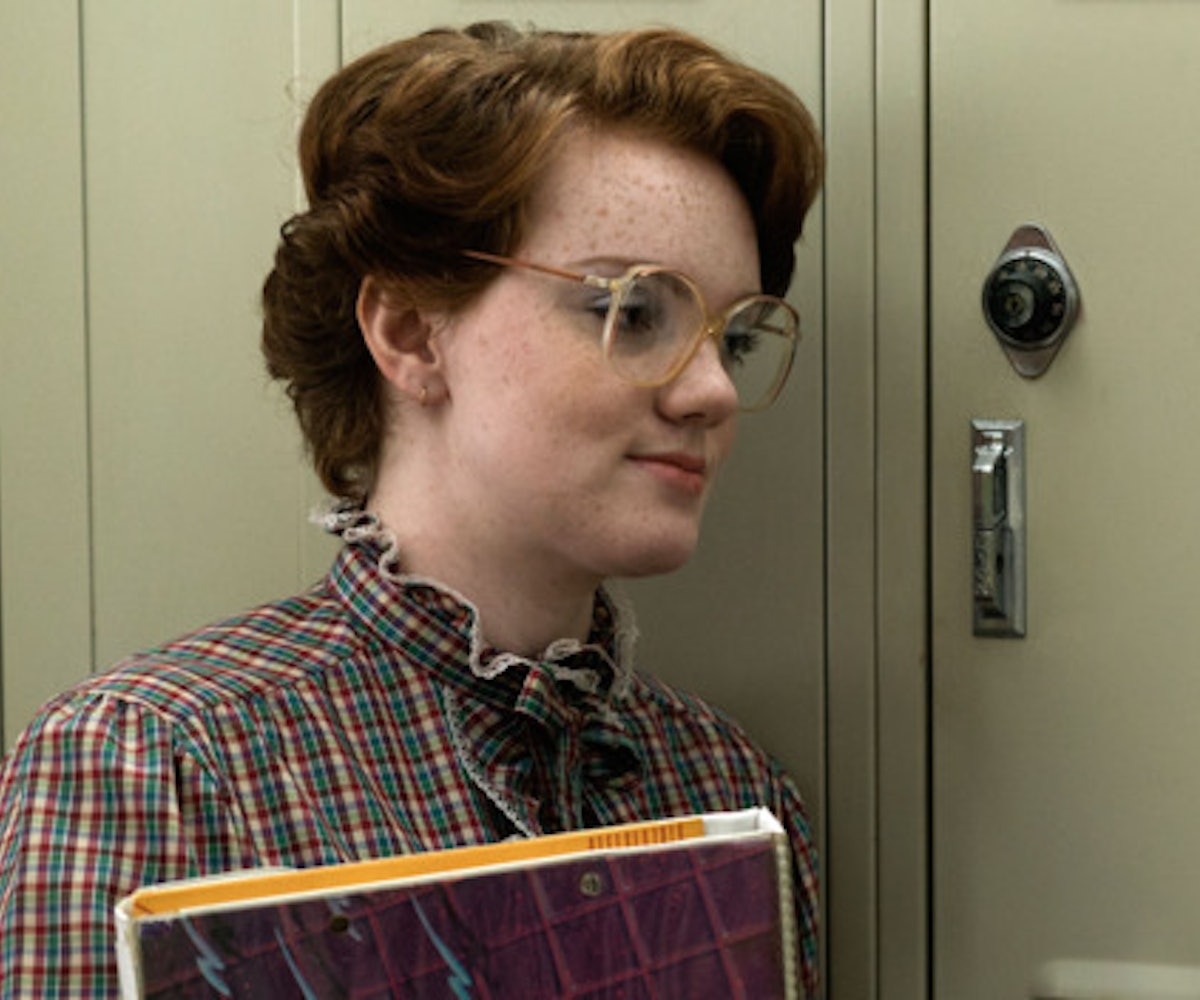 It was only a matter of time before Stranger Things' breakout star Shannon Purser found a new home. After charming audiences as the lovable but ill-fated nerd on Netflix's summer sensation, Purser has joined CW’s Archie reboot, Riverdale, for at least three episodes, Entertainment Weekly confirms.

Purser will play Ethel Muggs, the boy-crazy student best known for her rabid crush on Jughead, who'll be played by Cole Sprouse. They'll be joined by K.J. Apa as Archie, Camila Mendes as Veronica, and Lili Reinhart as Betty. Luke Perry, Madelaine Petsch, Marisol Nichols, and Mädchen Amick round out the cast.

For those of you expecting a straightforward adaptation of the beloved comics, you might be disappointed. Series creator, Greg Berlanti, has promised a "surprising and subversive" version of Archie comics, which mean it'll probably be a lot darker than the mostly PG source material. One change we can expect is with Purser's character, who won't be the same outcast she is in the books. Instead, Ethel will be tight with Betty and Veronica "after they team up for a revenge plot on Reggie Mantle, a bully and Archie’s rival.”

It may not be the monster, but it's nice to know that Barb will finally get her revenge. Well, sort of. Riverdale is expected to premiere midseason on The CW.