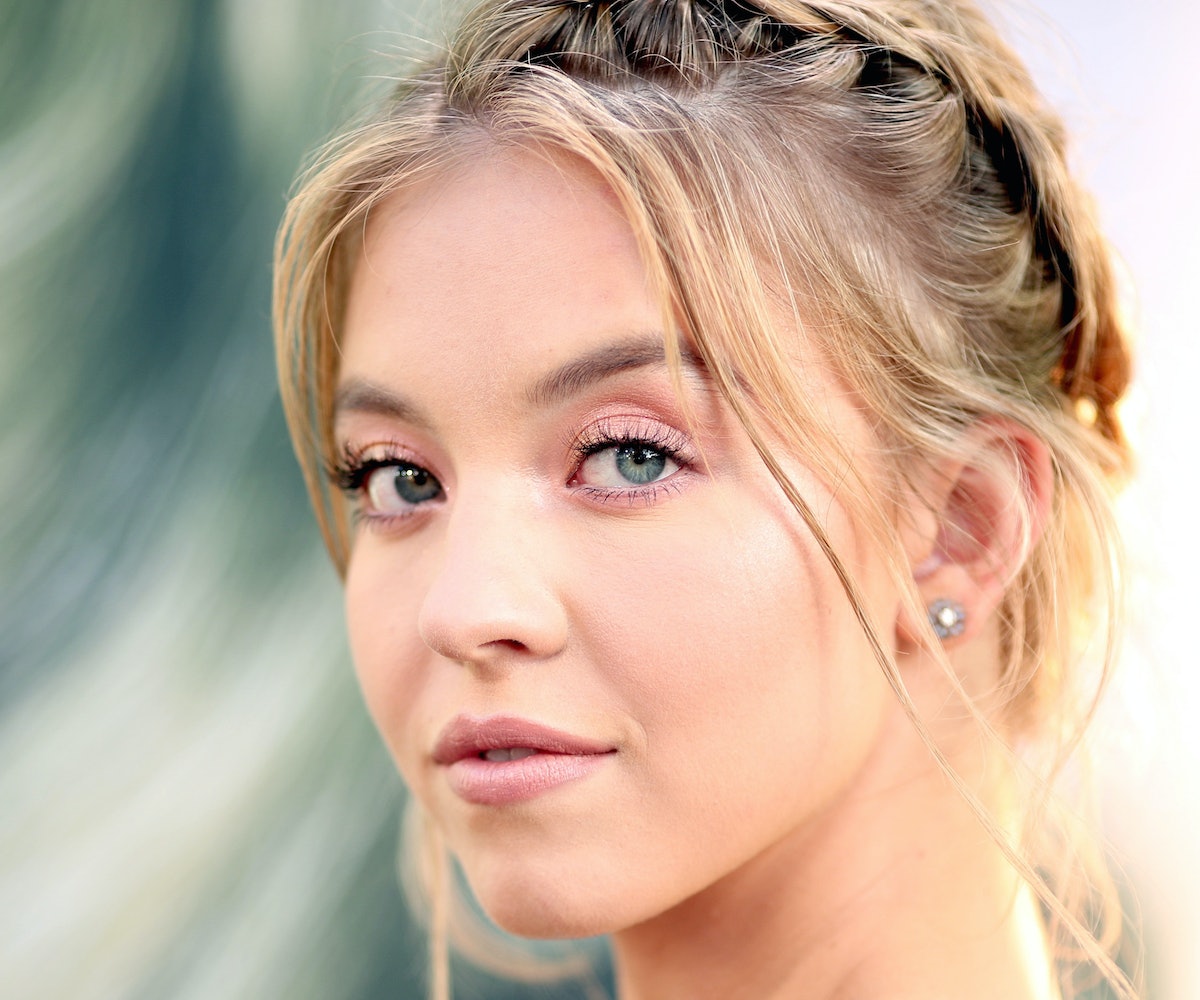 Sydney Sweeney has already managed to accomplish more in the first half of 2018 than most other actors accomplish in their entire career. This year alone, Sweeney has already appeared in the Andrew Garfield-led indie Under the Silver Lake and Netflix’s ‘90s teen comedy Everything Sucks and is set to start filming alongside Zendaya for HBO’s forthcoming addiction drama Euphoria. However, what’s really landed her on the radar are her appearances in a couple of critically acclaimed television dramas: The Handmaid’s Tale, in which she plays Nick's pious wife Eden, and Sharp Objects, in which she plays the series villain Alice.

So, ahead of Sharp Objects (which premiered yesterday), we caught up with Sweeney to talk to her about everything from her feelings on being dubbed the “next Shailene Woodley” to what the hardest adjustment to fame has been.

It’s been a breakout year for you. You’ve had a really diverse array of roles; what would you say was the most challenging one so far?

I think all of them have been challenging in their own way. Eden, because I had to make sure that you still saw her as a teenager. She's just a teenager who's grown up in a completely different society than what we live in today—even if there are very close parallels [to what's] going on right now.

[Emaline Addario on Everything Sucks] was a challenge, as well, because she's super-outgoing and -dramatic, and I'm kind of shy in that respect. And then Alice was hard, just because of the depth that she has to go into the darkness.

Did you find yourself gravitating to all of these very different roles as a way to challenge yourself?

Speaking of your role in The Handmaid's Tale, what was it like to take on the role of a character that a lot of people categorize as “evil?”

When I was filming it, I knew people were going to dislike Eden because she took Nick away from June. But I had no idea that they were going to hate her this much. A lot of people call her evil and say that she has some secret plan, and I was just so shocked. Like, poor Eden... But someone came up to me once, and they're like, "I hate your character," and I said, "Thank you." If you hate her, then that means she's doing her job.

What drew you to Sharp Objects and your role in particular?

[Director] Jean-Marc Vallée, hands down. I was beyond thrilled to be able to work with him, and when I saw that he was doing a project with Amy Adams and Patricia Clarkson, I was like, "I have to do this. Someone, please tell me there's a role in this for me. I'll audition for anything." And then Gillian Flynn. I love Gone Girl, so bringing Sharp Objects to life, that was amazing.

With Alice, [I was drawn to her as] a troubled teenage girl. I did a lot of research on girls that cut themselves and struggle with depression to hopefully bring that to life. I like being able to have that challenge.

Was it scary to tackle these really heavy, dark, and serious subjects for you?

I don't want to say it's scary because it's real life. I want to say it was more sad than anything. When I build my characters, I build them in a book that I create, and it's from the day they were born until the first page of the script. It's this timeline of memories and important events—diaries, an interactive journal filled with pictures of their world. And toward the end, I actually had envelopes of suicide letters that Alice had written. I went to such a deep place, and that is scary. But because I made the book, I'm able to jump in and out of it.

Suicide and mental illness are really complicated to portray sensitively because too often they're romanticized.

Alice's whole story... there's nothing romanticized about it. It's completely dark and realistic, and there's nothing to glamorize any of it. So I wasn't worried about any of that. You see the true darkness of what life is.

This is also a huge tonal shift away from Everything Sucks. What was it like ricocheting between these two polar opposite projects?

What was funny was I was actually filming Everything Sucks and Sharp Objects at the same time. So I would film Everything Sucks in Portland [, Oregon] from Monday to Friday, and then I would get on a red-eye flight and either fly to Atlanta or L.A. to film Sharp Objects on the weekends. Then I'd get on a red-eye flight again, land Monday morning in Portland, and go back to work on Everything Sucks. I did that all summer. So it was definitely a jump from Emaline to Alice, and I thank my plane ride for giving me the break in between the characters.

How did you go from tackling this super-heavy subject to a lighthearted teen comedy in the span of a week?

One, I sleep like a baby on planes. I'm passed out before the plane even takes off. And then two, just the different crew and cast members on each show. I mean, everyone from Everything Sucks are like siblings, so that was easy to just jump right back into. It was like a fun summer camp. And then everyone on Sharp Objects—the producers, the director, Amy [Adams]—it was like going to a different family.

What would you say was the most challenging part about Sharp Objects?

I don't know if I can say. It's a particular scene, and I don't know if I can actually talk about it, but there were technical parts during the scene that were a challenge, and I don't... It's such a spoiler alert, so I can't say, but it was definitely a challenge. When you see it, you'll know what I'm talking about. The problem is a lot of the challenges with my character are spoilers.

Just seeing her be a mother, a working successful actress, and the producer really just inspired me, because I want to be like that one day. I've always looked up to her, ever since I was little and she was in Enchanted, so I was freaking out that I got to work with Amy. And we were able to just fit in our scenes and keep going, even once the [script] page ended. Sometimes Jean-Marc Vallée wouldn't call cut, and we would just keep going, and it's really satisfying and nice when you can continue in a scene and stay in the moment with another actor and just know that you're truly engrossed in the entire thing. You're lost in it together. She and I really bounced off of each other well, and I love being able to work with an actor like that. She's beyond talented.

As a rising actor, what have you found to be the most challenging aspect of your emerging fame?

To be honest, knowing who your true friends are. I don't know if that falls along the same lines, but it's definitely also a part of growing up... But it's a little different when you have more eyes on you and you're working. Or if you're living a different life than others. Like, you lose friends, you learn some are fake friends. I think that's been one of my challenges right now. It's kind of lonely because I'm traveling all over. I'm never in the same place for too long, and you make the most amazing friends on one set, and then you go to another, and you start all over again, and it's lonely sometimes.

You’ve been dubbed “the next Shailene Woodley.” Does that feel weird?

I mean, I see a lot of people look at it as a compliment, and I thank them for saying, like, "Oh, she'll have a good career." But definitely, when people say, "Who do you want to be?" I reply, "I want to be the next Sydney Sweeney."