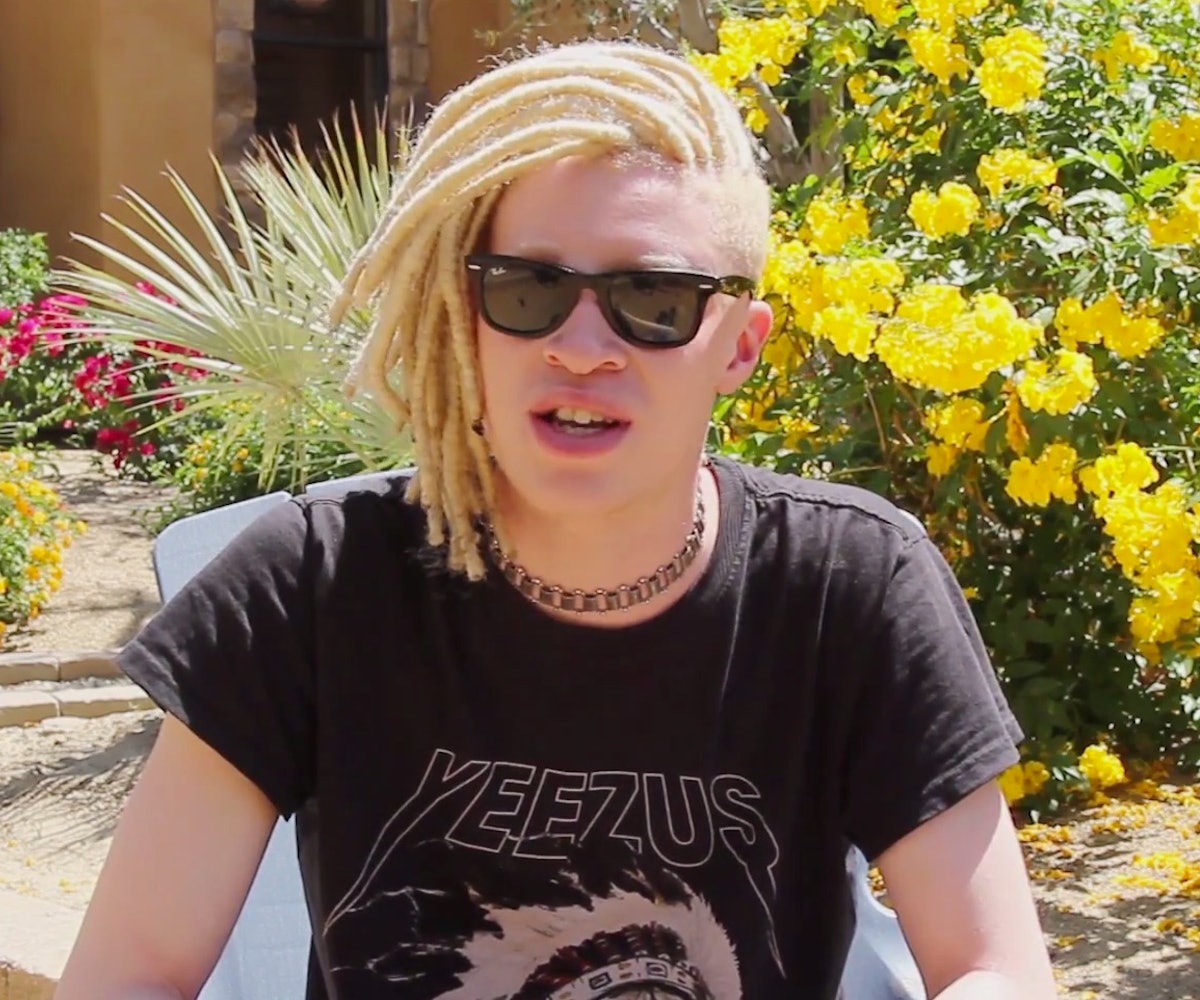 Shaun Ross is perhaps best known for being the first albino male model, but he's also appeared in videos by Beyoncé, Katy Perry, and a short film by Lana Del Ray. He's also a prolific voguer and a staple in New York's ballroom scene. Growing up on the rough streets of the Bronx, Ross has lived a life beyond his years, and with it, accrued all sorts of wisdom that he shares with us in this exclusive video. Watch it above.

NEXT UP
Entertainment
Björk's Music Video Evolution, From Fresh-Faced Star To Avant-Garde Master
Fashion
Saint Laurent's Front Row Was Black And Pink And Blackpink All Over
Entertainment
Paramore Announces Album 'This Is Why' For February 2023
Life
October 2022's Must-Read Book Releases