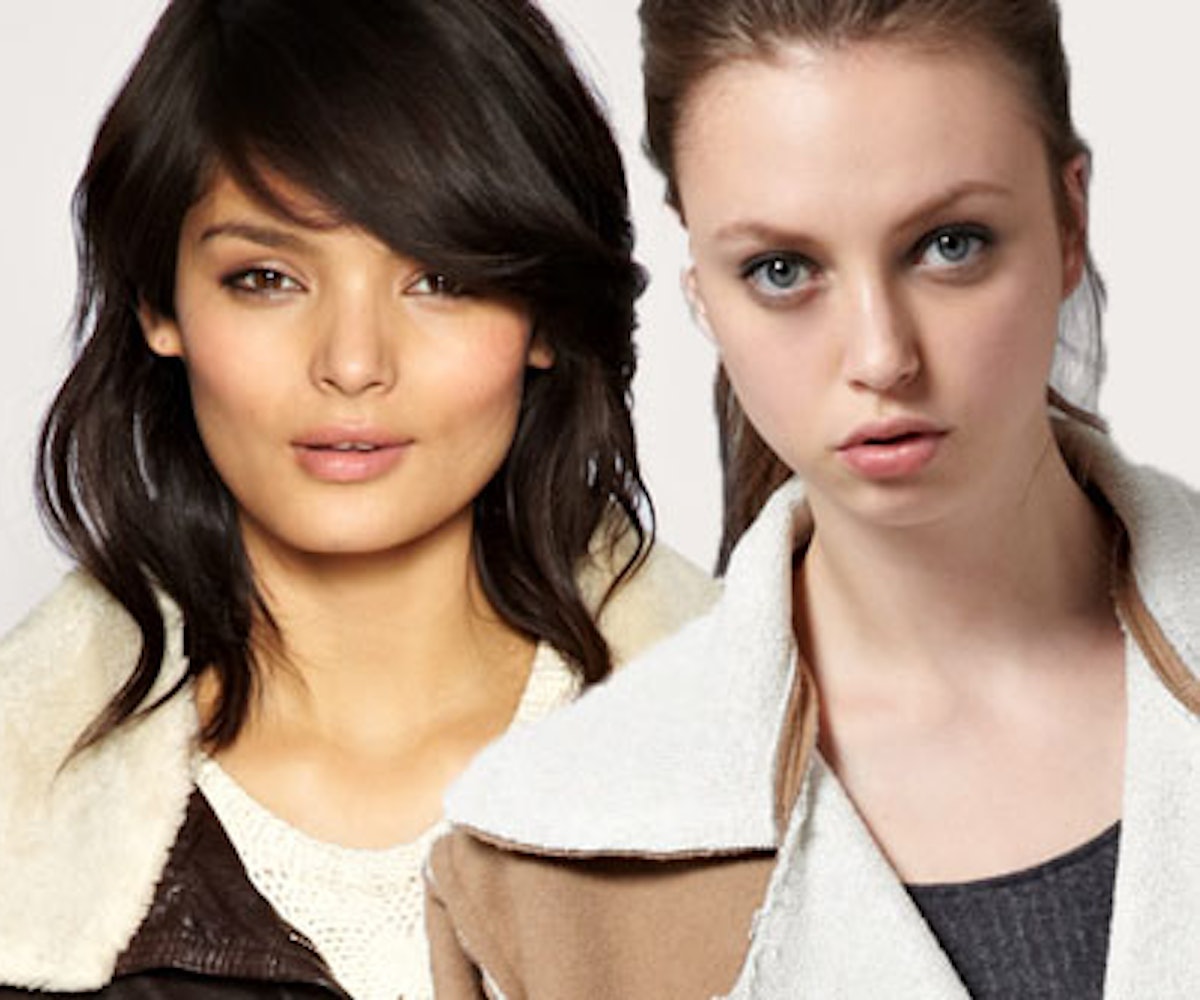 Ever since last February- after watching Abbey Kershaw, Freja Beha Erichsen, and all the other mystifying beauties, strut down the Burberry runway in bulky, military-esque shearling outwear with enormous plush collars- we've lusted over anything and everything shearling.

But up until now, the thought of trying on anything akin to sheepskin in the dead of summer was enough to get us screaming for lemonade and air-conditioning.

Now officially entering the cold front, the shearling trend is finally weather-appropriate and, thankfully, we're still into it.

Taking inspiration from Burberry's bomber, we've rounded up our favorites…