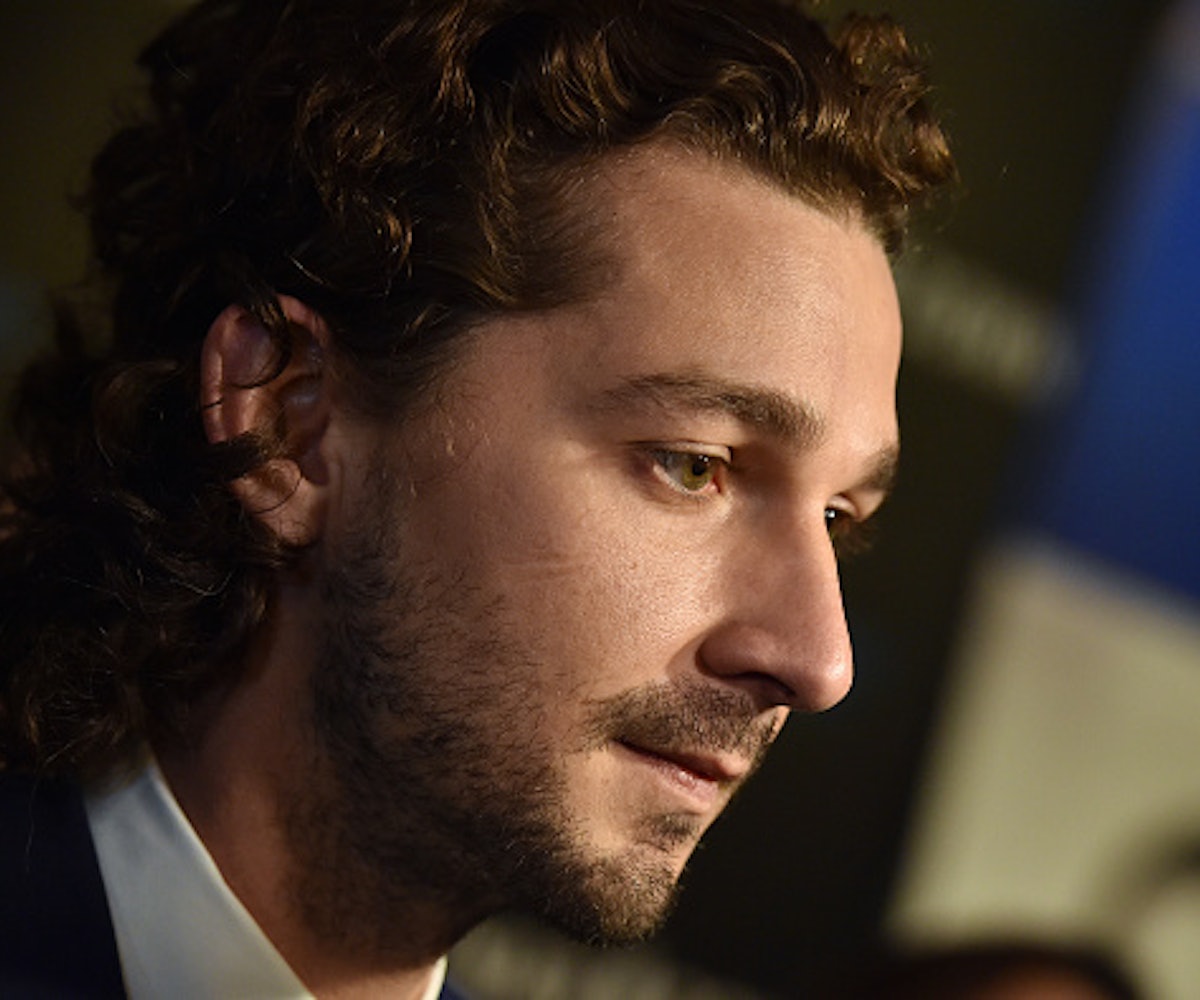 After Shia LaBeouf was arrested in Savannah, Georgia, for public drunkenness, two videos surfaced showing him making racist comments to the police officers. He's now issued an apology. "I am deeply ashamed of my behavior and make no excuses for it," the actor wrote in a statement on Twitter.

"I don't know if these statements are too frequent, or not shared often enough, but I am certain that my actions warrant a very sincere apology to the arresting officers, and I am grateful for their restraint," LaBeouf continued. "The severity of my behavior is not lost on me."

He called his "disrespect for authority" problematic at best, and "completely destructive" at worst. In the videos of that night, LaBeouf can be heard telling one of the officers he's going to hell because he's black. LaBeouf went on to say that he's reached a "new low," that he hopes "is a bottom."

“I have been struggling with addiction publicly for too long," he wrote, "and I am actively taking steps toward securing my sobriety and hope I can be forgiven for my mistakes."

NEXT UP
Culture
Simona Tabasco Is the Lifeblood of The White Lotus
Beauty
“Cold Girl” Beauty Is TikTok’s Most Baffling Winter Trend
Culture
Mowalola Teams Up With Bratz For A Daring, High Fashion Collection
Life
NYLON Daily Newsletter: November 30, 2022