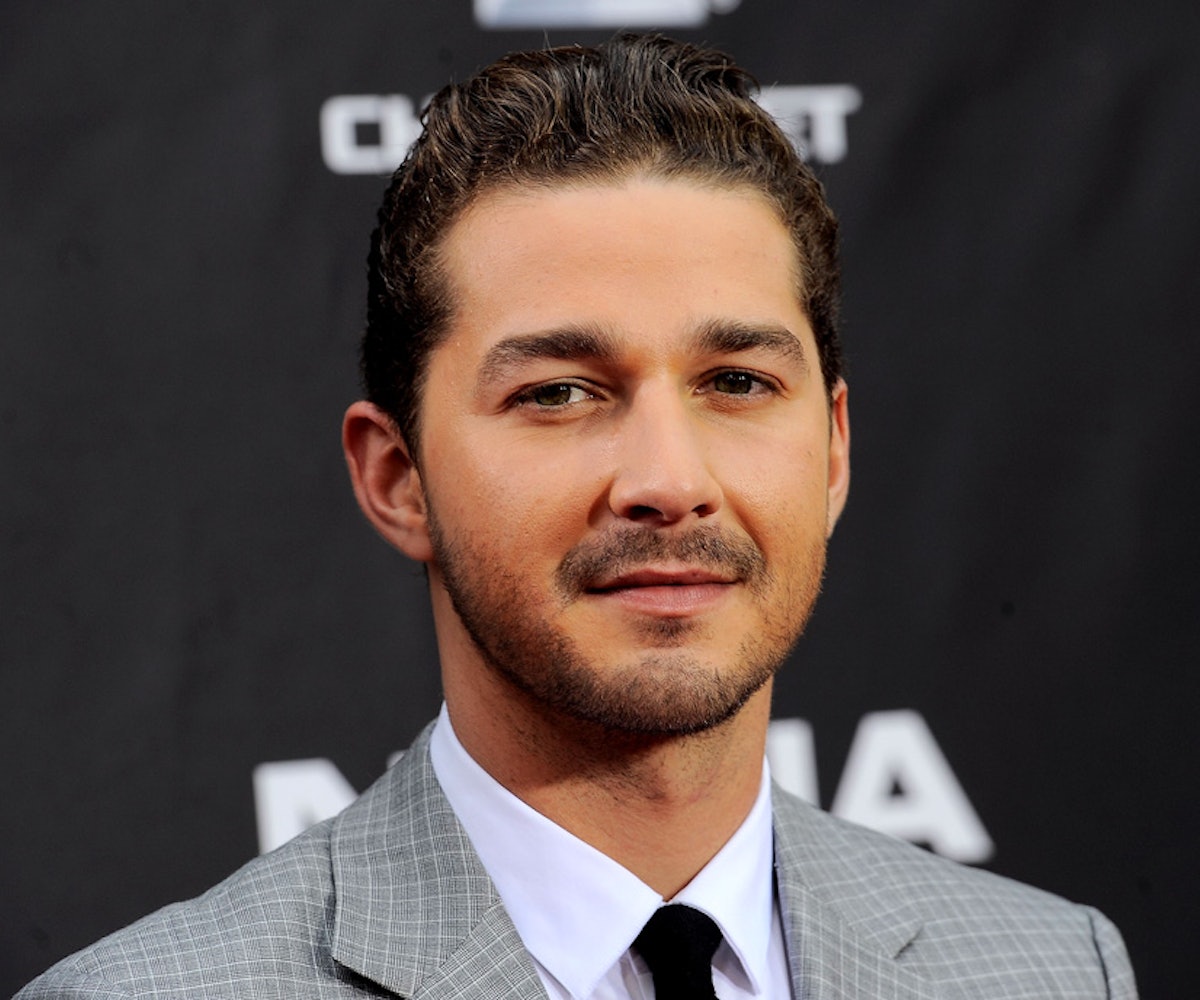 One of the most #inspiring artists of our generation (I actually say this without an ounce of sarcasm), Shia LaBeouf, just debuted an entirely new look—and it involves a rat tail and an eyebrow piercing (he got the piercing earlier this month, but something about the rat tail really just makes it sparkle more).

Some may say that LaBeouf's behavior has become increasingly erratic over the past few years—his unfortunate bouts with plagiarism, his performance art pieces, his arrest—but, as the actor told Interview magazine, he's been method acting the entire time, sacrificing his public image for his craft. "I try to make everything as real as possible," he said. "If it feels real to me, then I can go home happy. And there's no pain worse than being bad. So I'm willing to do anything and everything. It's not good for my personal life. But neither is being bad. I'd rather be anything but bad."

So, we're asking the #important questions: What on earth is the meaning behind this rat tail? Where did it come from? Was it there the whole time, hiding from us? Is unleashing it a way for LaBeouf to make us confront our deepest fears? Is it all for Sia? Is there a secret Even Stevens reunion he's preparing for? We could totally see Louis growing up to become one of those rat-tail-toting, pierced-eyebrow-flaunting dudes who works at a decrepit record store. Or is the actor just finally doing what he wants to do? Shia, if that includes getting an eyebrow piercing and a rat tail, we support you. You actually make it look kind of good?