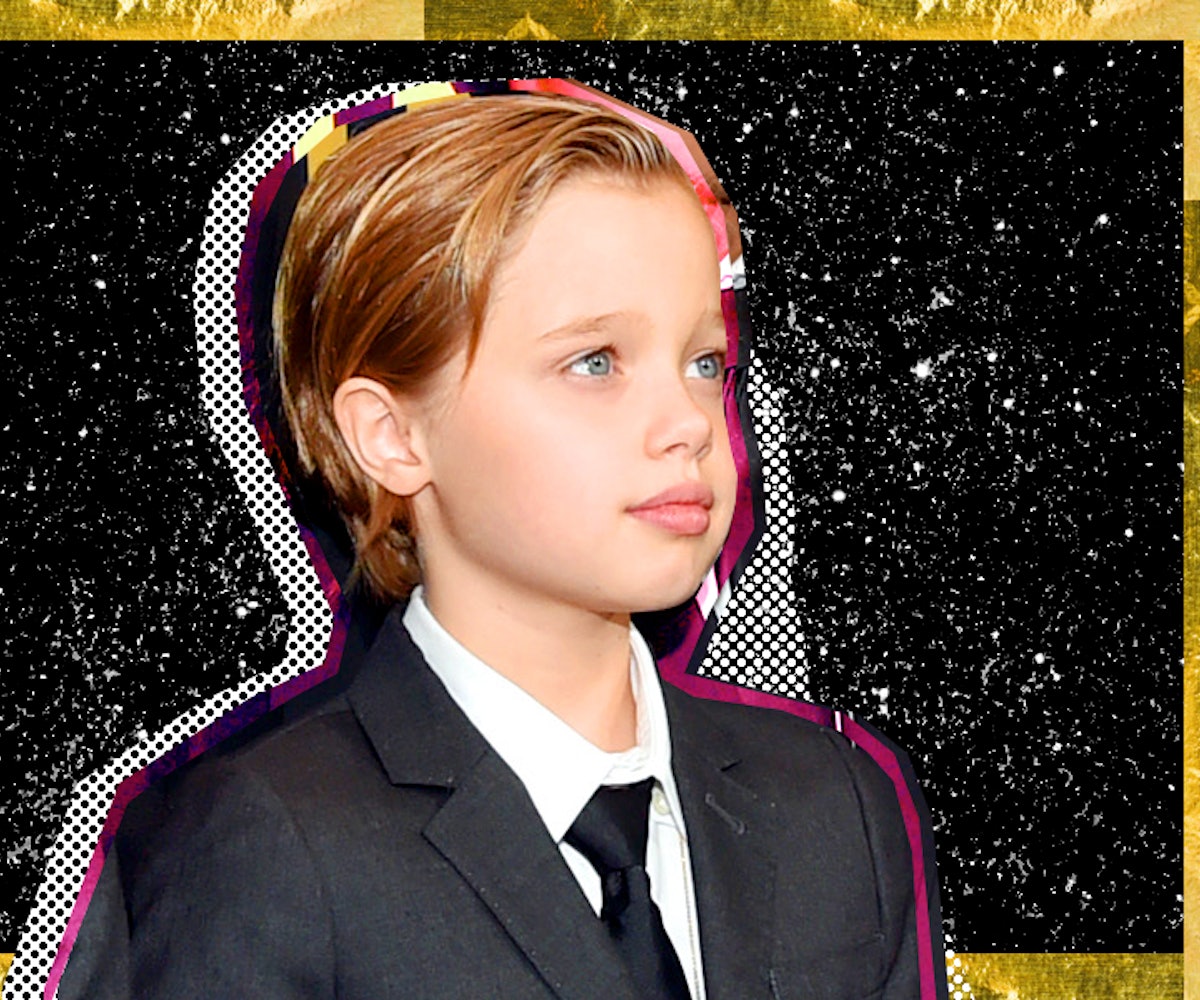 Angelina Jolie and Brad Pitt's child, whose given name is Shiloh, asked to be called John at the age of three—and Angelina and Brad say they use that name at home, exclusively. (We're using gender-neutral pronouns until it's actually established what John prefers).

But instead of switching to John and calling it a day, many media outlets are writing off John's behavior as "tomboy tendencies," saying that children are prone to explore their genders, and it might just be a phase.

It very well may be—and it's great to live in a time when we can acknowledge the fact that it's fine (and great!) for kids to explore what it means to be a boy or a girl. The Telegraph hits this point home in an interview with clinical psychologist Linda Blair, who gave helpful advice to parents whose kids might be going through the same thing: "My reaction to a parent who’s saying 'my girl’s in jeans and doesn’t act like a girl', or 'my boy’s in dresses', is to say: watch, accept and see. Then, if it’s an attention issue, it’ll go away. If it’s exploration then they’ll have permission to do that. If it’s real, you’re giving them the time they need to make up their minds.”

Assuming that John's desire for a boy's name and suit on the red carpet is simply part of a fluid, childhood gender exploration—and not "real," as Blair puts it—is dissmisive of one major fact: trans children exist.

Being a trans child is completely different from being a girl who wants to play sports or a boy who likes wearing lipstick. How we express our gender—through the clothes we wear, the makeup we use or don't use, our body language—changes throughout the course of our lives. How we feel our gender in the core of our being, though, generally doesn't change; it's usually a matter of being empowered to fully acknowledge it. It seems like John is trying to acknowledge and express it, at least through what John's parents say: "She wants to be a boy," Angelina told Vanity Fair in 2010. You can't get much clearer than that.

Sure, many children explore their genders, and that's great. But gender isn't fluid for everyone, and someone's age—be it eight or eighty—shouldn't be used to justify how they express themselves.

Obviously, because John is the child of very, very famous parents, their gender expression is being scrutinized more than your average suit-wearing, female-assigned-at-birth kid. Brad and Angelina have implicitly consented to that scrunity by bringing John on the red carpet and talking about their kids in interviews. Let's just hope, though, that all the third-party experts discussing the matter don't get in the way of John's positive sense of self. It be great to live in a world where trans kids could have a role model in the mainstream. Maybe we're almost there—but not until we stop looking for a reason that John wants to be called John ("she wants to be like her brothers" or "she's just exploring her gender") and start respecting it. (via Refinery29)

10 Scents That Are Perfect For Tomboys

J.K. Rowling's Response To LGBT Students At Hogwarts Is AMAZING