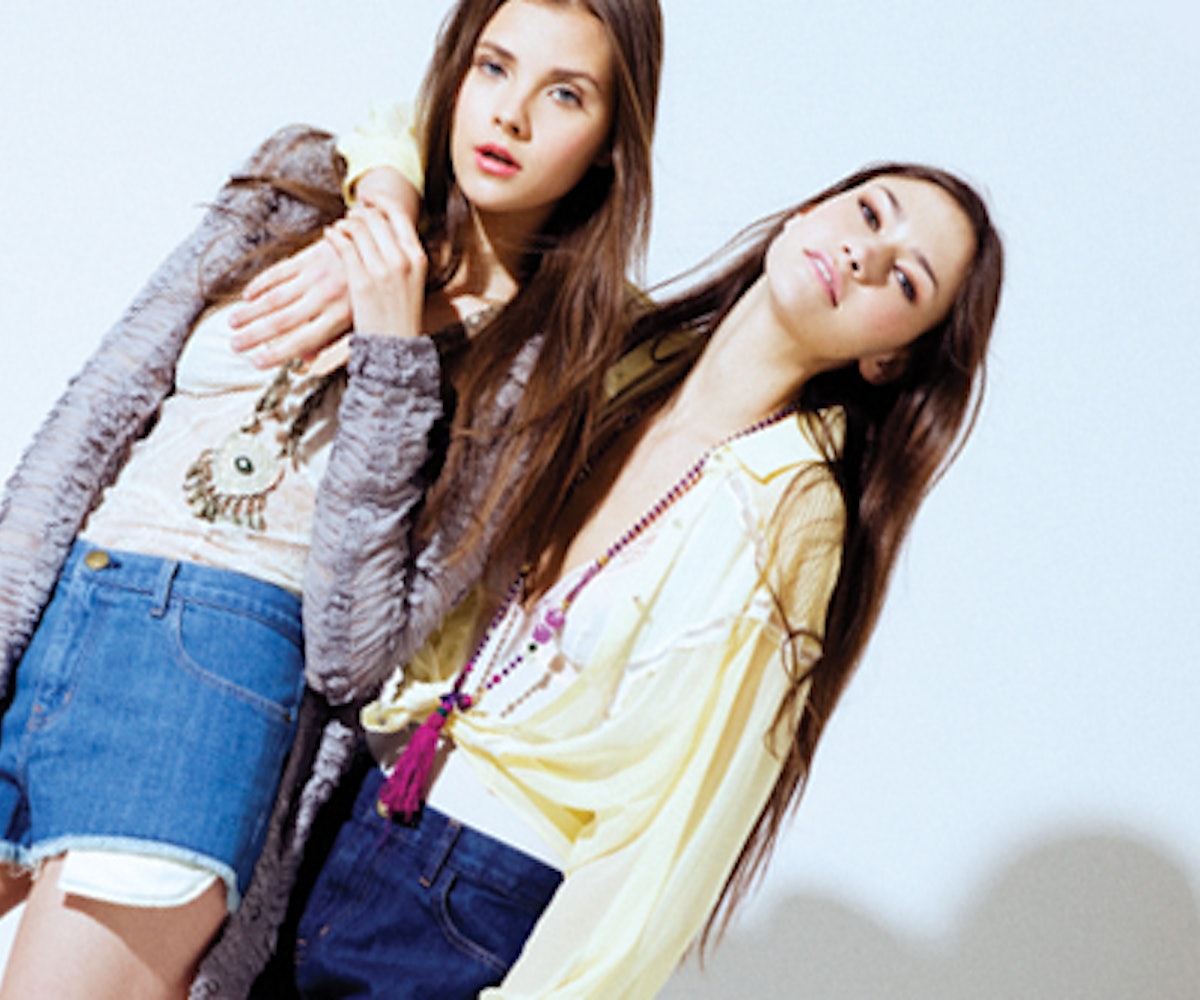 We're convinced the trend of shorts with peekaboo pockets was an accident. It started almost five years ago, when Kate Moss rolled up her shorts at Glastonbury to stomp through puddles.  Her pockets were exposed, her thighs were bare, and soon the pairing of hotpants with Wellies became a summer sex symbol.

Agyness Deyn and Alexa Chung soon donned their own pairs (Alexa's over black tights with a blazer; Agyness' with a boatneck sailor tee), followed by Rachel Bilson, Dakota Fanning, and Chloe Sevigny.  Current / Elliott made a pair for our 2010 Denim Issue.  Kate Bosworth wore a white denim version at Coachella this year.

Now Gap is making - and selling - their own version of the peekaboo pocket short.  Called "The Cleo," the bottoms are tiny, frayed at the bottom, and boast conspicuous white cotton pockets hanging out at the hems - but this time, it's not by mistake.

Gap Cleo shorts, $50 at Gap.com and in stores