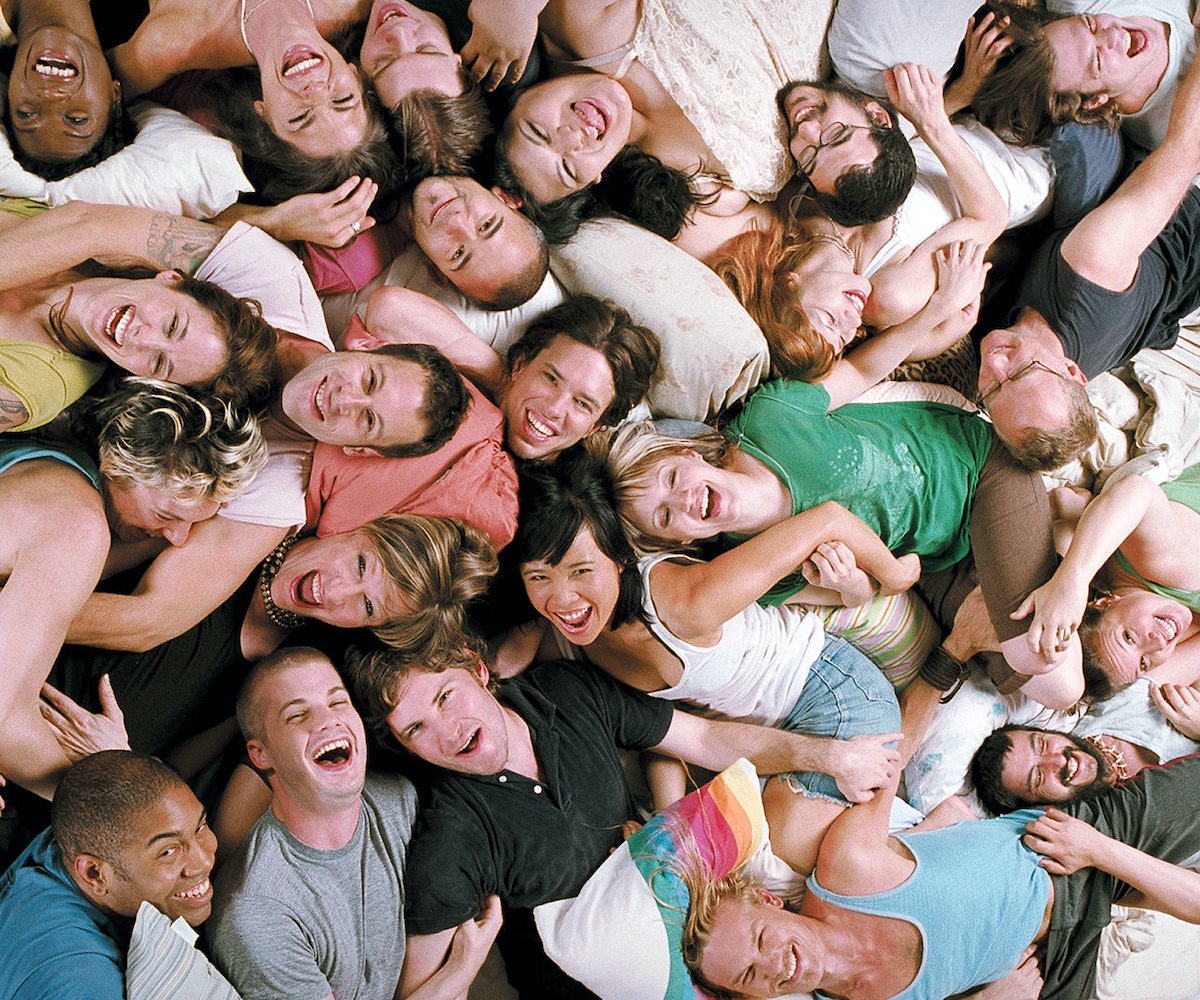 Shortbus was the first and only piece of entertainment ever confiscated from me as a teen by my parents. It was 2007, a year after the movie quickly hit and left theaters, and I had purchased it on a whim because I worked in the music/DVD section of Barnes & Noble and always thought the DVD looked cool whenever I passed it during rounds. (A shallow method of decision-making, yes, but it usually never fails.)

I prefer to watch movies alone, so I took over our basement one night and decided to see what this movie was all about, not knowing what I was about to get into. Within the first 10 minutes, a man tried to suck himself off, and the camera showed everything—money shot to the face and all. My eyes widened, but the anxiety that washed over me soon dissipated because of how tender director John Cameron Mitchell approached the explicit sex on screen. I was just below the NC-17 rating’s age, sure, but I understood that what I was watching was not pornographic. This, however, my father did not take kindly to and demanded I hand the DVD over after I naively decided to tell my family about “this really great movie I got from work about sexuality and human connection” over dinner. I never saw the DVD again. I was told it would be hidden and returned when I was “old enough,” but I later found out it was thrown out. So, there’s that.

Today marks the 10th anniversary of Shortbus’ theatrical release. Mitchell’s goal for the movie was simple: make “a movie about love and sex that doesn’t censor itself in any way.” His public casting call brought in a myriad of videos of people explaining why they were willing and able to participate in his project. The chosen ones would then go on to help Mitchell write the script, which weaves together multiple stories about New Yorkers at various stages in their relationships and personal journeys in a post-9/11, pre-2003 blackout NYC. Jim Emerson, in his Roger Ebert review, cited a statistic that stated NYC hospitals saw a 20 percent increase in childbirths the year following 9/11; Toys in Babeland, a Manhattan sex shop, saw sales increase by 30 percent. People were having sex, and Mitchell chose that narrative road to go down on.

On paper, it sounds extremely pornographic, but Mitchell and his incredible misfit cast are not in it to arouse, which is really what porn is designed to do. Rather, they’re in it to show a very real depiction of very real human desires and emotions: loneliness, lust, love, loss, curiosity, forgiveness, and more. And, they do it in a lighthearted, comedic fashion. The explicit movies that have come out since—Shame and Nymphomanic Vol. 1 and 2—have all shown sex through a dark, often sinister lens. Yet, all three of those have a higher Rotten Tomatoes rating than Shortbus. (The one exception here is Gaspar Noé’s sexually explicit 2015 3-D movie, Love, which was depressing, to say the least.) Many critics praised Mitchell’s ambition but found it to be reductive at the same time. Rolling Stone said “[he] may be inadvertently killing [sex’s] mystery,” which, yes, is exactly what he was doing but this, according to some, was not beneficial.

Today, though, the movie’s optimism and shamelessness feel as progressive as it does provocative. Since then, there hasn’t been a movie that celebrates the body, and the joys and the ickiness of sex. What’s more, it’s a story about New York that’s hardly told. (And New York stories are ultimately about all of us.) This one isn’t glamorized or satirized. It seeks to harmonize. “New York is where everyone comes to be forgiven,” the alleged former mayor of the city tells Ceth inside Shortbus, the fictional sex salon where the characters’ lives intertwine. That mayor’s words challenge the adage of everyone coming to New York to find themselves. Shortbus argues it is through forgiveness, which is really seeking relief and letting go, that one finds themselves. Sex, then, becomes a tool for doing so. As such, Shortbus brims with the kind of joy this post-ironic world rolls its eyes at. But, like the movie’s closing song says, we all get it in the end. Might as well embrace it and all that, uh, comes with it because who knows. The ride should be as fun—if not more fun—than the destination, anyway.