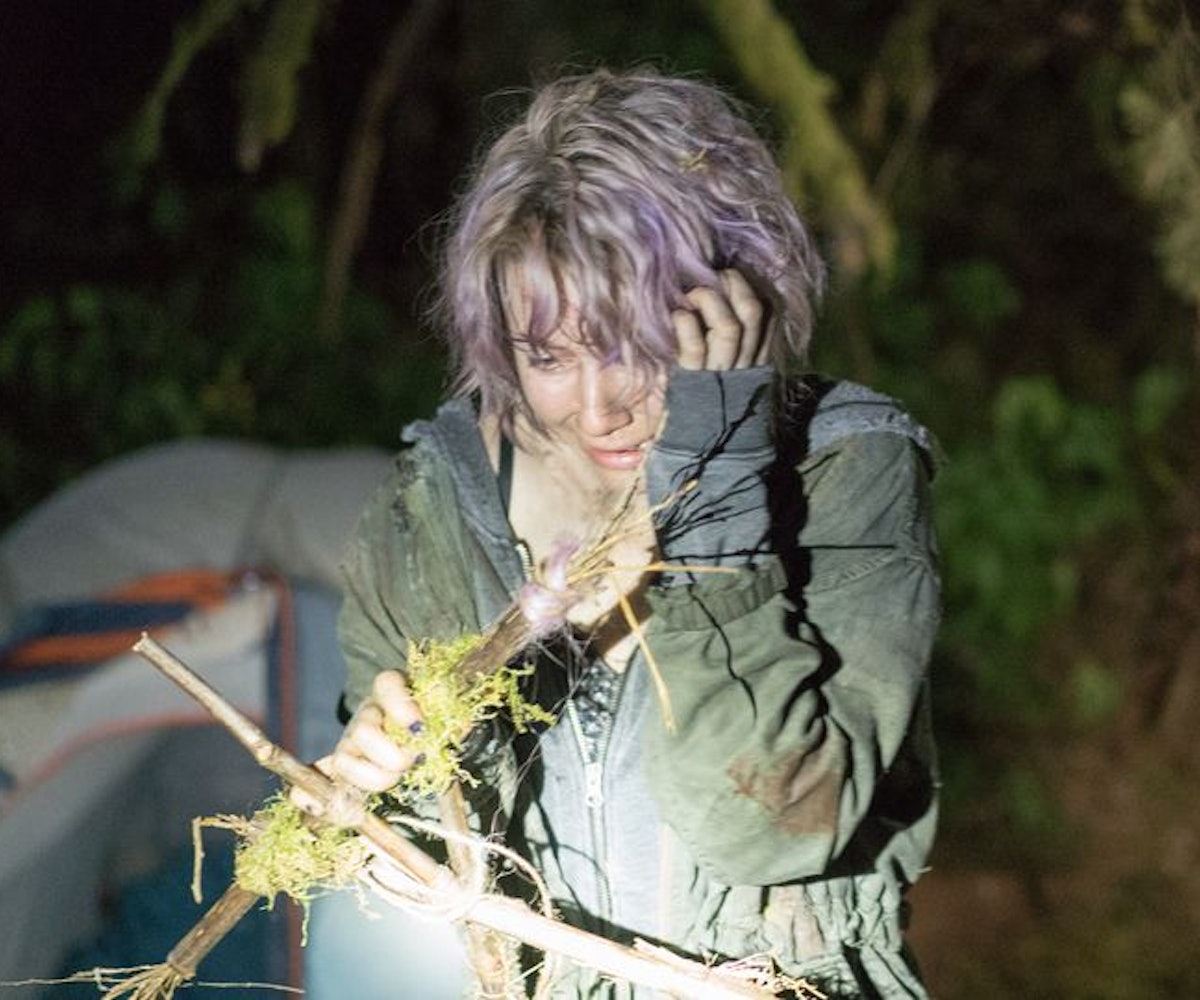 Last July at Comic-Con, something peculiar happened. While most studios showed up in San Diego to tease projects that rabid, movie-obsessed audiences have already known about for months and even years, Lionsgate pulled off something almost unprecedented in the hype-driven movie industry. They revealed, to a shocked crowd, that their secretive horror movie The Woods was actually titled Blair Witch, a surprise sequel to the 1999 "found-footage" sensation, The Blair Witch Project. (The studio would rather forget about the misguided Book of Shadows: Blair Witch 2.) And not only was the movie already shot and in the can, but it was coming out just two months later on September 16. The announcement marked the closest Hollywood has come to embracing a strategy that has for the most part overtaken the music industry: the surprise release.

Ever since Beyoncé blindsided everyone by dropping her self-titled album on a Friday night in December of 2013, releasing major albums with little to zero notice has become something of an artform. Musicians and their record labels use it as a way to generate a lightning bolt of buzz, as opposed to a more traditional slow burn. After a fumbled release attempt following his listening party at Madison Square Garden, Kanye West abruptly announced thatThe Life of Pablo was available on Tidal live on the Saturday Night Live stage following his performance. On April 9 of this year, Drake announced that his blockbuster album, Views, would be available just three weeks later on April 29. Radiohead, who pioneered the surprise release with 2007’s In Rainbows, erased their online presence earlier this year as a tease for their latest album, A Moon Shaped Pool, which appeared from the ether on May 8.  And most recently, it was Frank Ocean who commandeered the internet for what felt like forever, thanks to the will-he-or-won’t-he chatter surrounding the release of his latest album, Blonde, which he spontaneously dropped last month.

But when it comes to its blockbusters, Hollywood has adopted the opposite approach. In October of 2014, Marvel Studios gathered a group of journalists and investors at the El Capitan Theatre in Hollywood to announce the so-called Phase 3 in their cinematic universe. They revealed the titles, logos, and release dates of all their movies into 2019, a never-before-seen move for a studio. Just a couple of weeks earlier, Warner Bros. did the same thing with their DC movie lineup. Green Lantern, a reboot of the 2011 Ryan Reynolds catastrophe, was scheduled for June 19, 2020. Hollywood, for as long as we can remember, has placed as much emphasis on anticipation for the product as it has on the product itself.

Even if studios wanted to keep their tentpole films a secret the way musicians do, it would be nearly impossible. The recording of an album can be done with an artist’s inner circle in the confines of a studio, making it easier to remain undercover. It’s how a star as big as Beyoncé was able to keep her last two albums a secret. (Don’t ask us about the visual components; Beyoncé will always be the exception to the rule.) Meanwhile, a big-budget movie involves hundreds of people, and unless the whole thing is being shot on a soundstage or in the desert, usually involves locations where snooping photographers can snap unauthorized set photos. But more importantly, a blockbuster represents a huge investment by a studio and the corporation that owns it. The reason they spend so much on marketing is to ensure maximum audience awareness by the time a movie is released.

Most of the time, like in the case of Suicide Squad, that works—sort of. Warner Bros. spent a fortune to market the movie, so much that it needed nearly $800 million just to break even, despite only costing $250 million to make. That marketing proved to be both the movie’s savior and its undoing. Thanks to the madcap, wisecracking trailers, and Day-Glo posters, audiences got psyched for an ultra-fun action movie featuring a bunch of bad guys kicking ass. The studio, seduced by the internet reaction to its marketing efforts, reportedly recut the film to mimic its trailers in the 11th hour, mangling the story and transforming it into an incoherent mess that got savaged by critics. Imagine if the first—and only—Suicide Squad was dropped on the internet a week before its release like an atom bomb. Consumers wouldn’t know what hit them, and they would not have time to form expectations, ones that realistically could never be met. Opening weekend box office records would surely shatter.

While studios might not be willing to pull covert stunts with their highest profile projects, smaller productions might be better suited to the surprise release. Part of the reason Lionsgate was able to fool everyone with Blair Witch was because it was shot mostly in a forest with unknown actors. J.J. Abrams, someone who’s made a career out of withholding information from his audiences, managed to surprise his fans when he dropped the trailer for 10 Cloverfield Lane last January with no warning. That entire movie was shot on a closed set. Because of its title, everyone assumed it was a sequel to Abrams’ found-footage monster movie Cloverfield. “The idea came up a long time ago during production,” Abrams said about linking the two movies. “We wanted to make it a blood relative of Cloverfield. The idea was developed over time. We wanted to hold back the title for as long as possible.”

The biggest reason why studios haven’t experimented more with surprise releases is because while musicians can drop their records directly on the internet, studios need to project their films in movie theaters, which means reserving a limited amount of space. But thanks to disruptive streaming services like Netflix—with their ability to make films instantly available with little notice to their subscribers—surprise releases might very well represent the future of the movie industry.