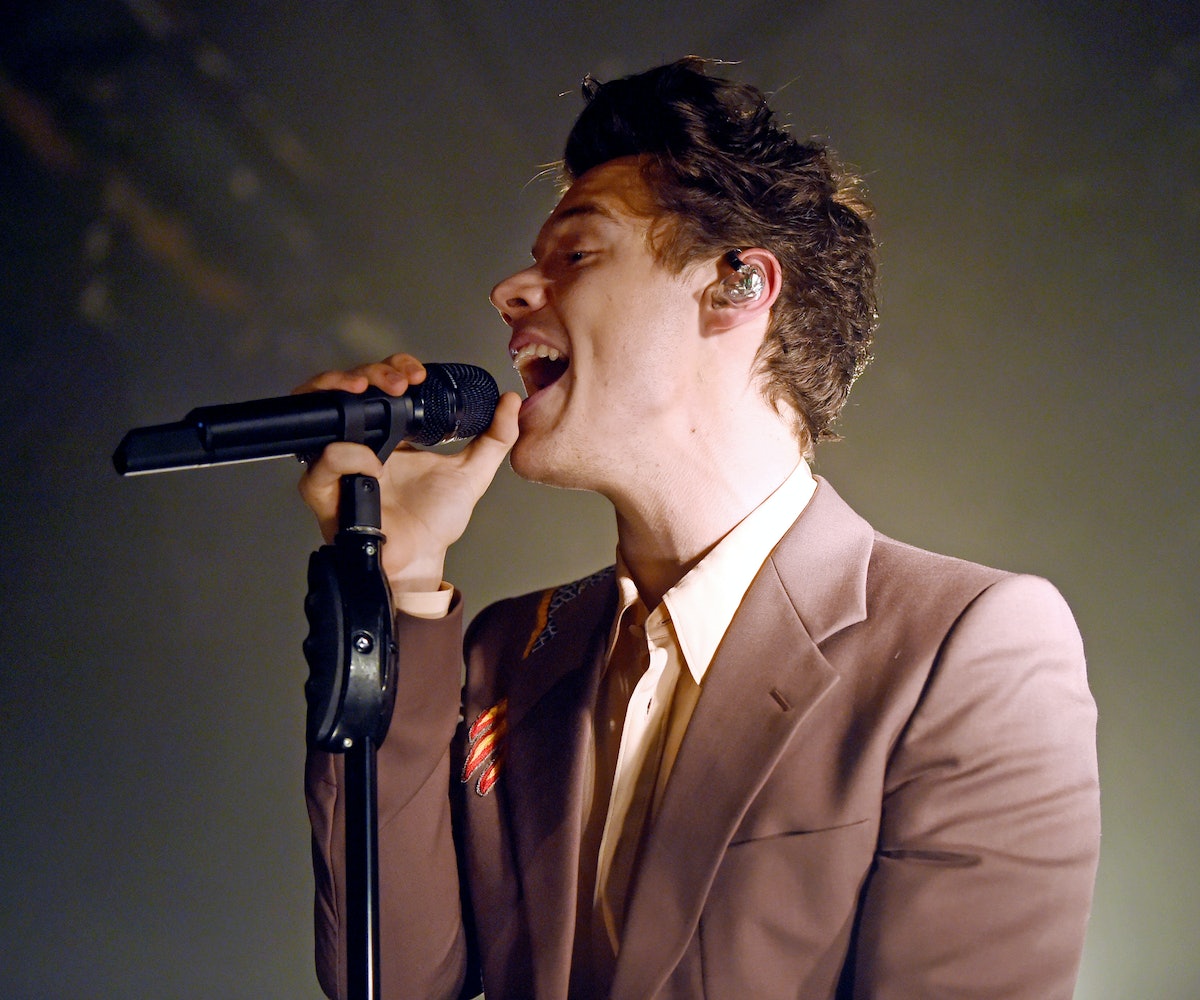 When One Direction were promoting Four back in 2014, Harry Styles made waves after veering off the heteronormative path. “Don’t knock it til you try it” was his response to bandmate Niall Horan’s suggestion that Styles' next romance should be with a man, while Styles had previously implied that female isn’t a trait he prioritizes when looking for partners.

Add to this One Direction’s discography rich in gender-neutral lyrics, and Styles' solo venture seemed all but assured: Sexual ambiguity would be the name of his game, and his LGBTQ allyship cemented.

But that’s not the way it played out. While Styles continued not to label his sexuality while discussing his self-titled debut, his music arguably spoke for itself. Mainly, his songs were largely about women, and as an artist, there was nothing particularly unclear about Styles at all.

But lyrical ambiguity isn’t necessarily an indicator of one’s capacity for allyship. Where Styles’ music clearly leans toward the heteronormative side of the spectrum, his own standpoint remains rooted in justice. He’s given “love is love” speeches on stage, tweeted and Instagrammed the pride flag, and sang praises of equality when asked about politics. Arguably, he’s opted not to be disingenuous in his art to propel a narrative that doesn’t apply to him. So instead, he’s separating his pop from his politics, and that still means something.

We’re living in an era in which social awareness has become a currency. Artists like Katy Perry have rebranded their images to reflect a penchant for activism, and Miley Cyrus recently declared herself ageless and genderless in the wake of reuniting with her fiance and made a return to her country-pop musical past. But there’s a difference between authentic activism and performative wokeness. When Katy Perry coined the term “purposeful pop” back in the winter to correspond with the release of “Chained to the Rhythm,” we weren’t given a game-changing ballad in the name of equality, we were given a single that failed to mirror her zest for political discourse. Which made her message seem pretty disingenuous. As the recipient of an award for her LGBT advocacy, she should have plenty to sing about should she choose to. Instead, she capitalized on drag culture while performing “Swish Swish” on SNL and came under fire for the way the performers were allegedly treated by Migos.

But the thing is, that’s what defines one’s allyship, the way an artist exists day-to-day outside recording studios. Especially since singing about activism or sexual ambiguity is disingenuous if that’s not what someone wants to do. Perry may have striven to create an album that reflected the political current, but her inability to commit to a distinct message left Witness feeling hollow—especially since she pushed the narrative that she was upping her activist ante. Meanwhile, Styles and Cyrus sang their truths.

And to be true to one’s self is hugely valuable in establishing one’s sense of activism. If an ally sings about what they know (in Styles' case women, and in Cyrus' case Hemsworth), we can assume that they’re being honest about their experiences and what they feel, which also means we can assume they’re being honest in their allyship. Both could’ve made their new tracks an amalgamation of sexual ambiguity and gender neutrality, but it would’ve been disingenuous. And therefore everything they do would’ve seemed disingenuous.

The LGBTQ community doesn’t exist for pop stars to dip in and out of as a means of making themselves seem socially aware or relevant. Nor does it exist as cultural currency, as a way for artists to broaden their audience by suggesting they may not be as heteronormative as previously assumed. (Like Nick Jonas when he came under fire for queer-baiting last year.) A pop star can still identify as hetero and sing to those experiences, while still advocating for equality, or better yet, lend their own platforms for those they’re advocating for. But for a pop star to offer musical rhetoric that fills a quota for activism does nothing. Other than make the rest of their persona seem empty, too.